Environmentalists have warned that climate change cannot be tackled by damaging nature. 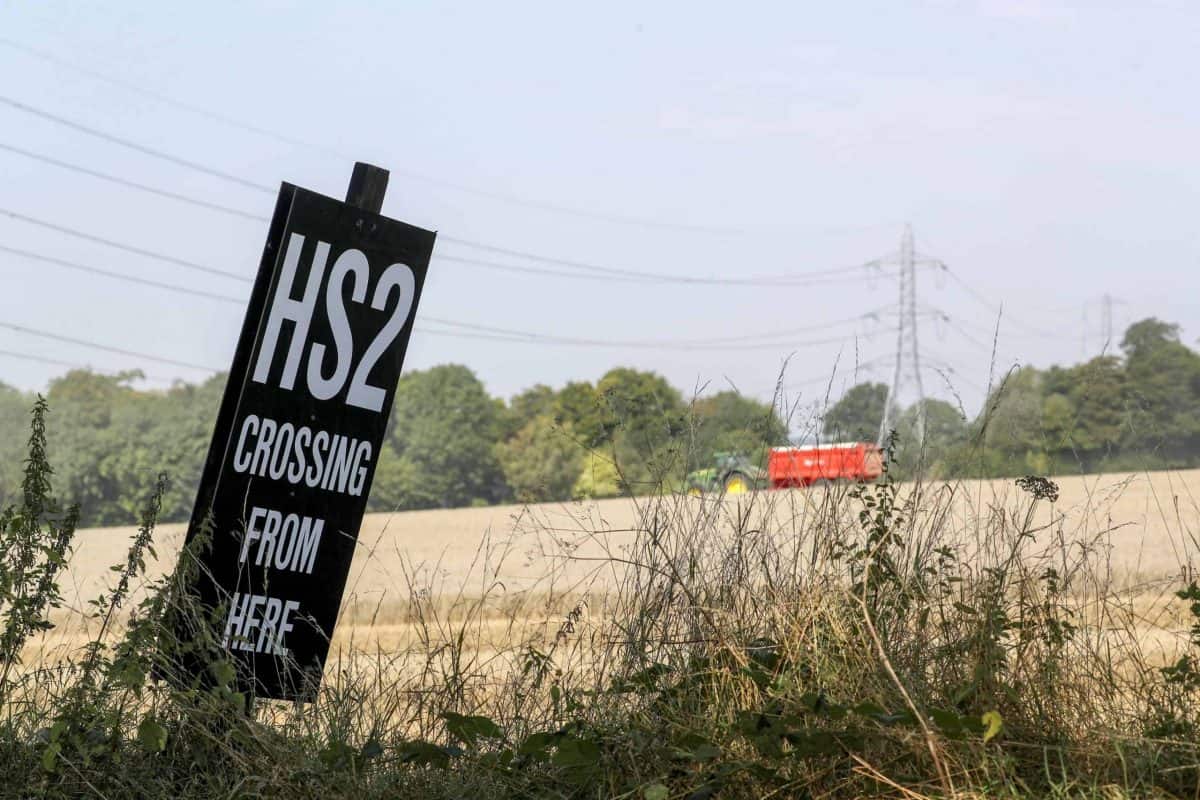 The go-ahead for the new high-speed rail link will mean the destruction of wildlife and woodlands – and will not help tackle climate change, campaigners have warned.

Environmental groups called for a redesign of the HS2 project, which they say will carve through ancient woods and other wild places, and damage rare wildlife from barn owls to butterflies.

They warned that the climate crisis could not be tackled by damaging nature, and called for a focus on local public transport to cut carbon emissions from travel rather than the large-scale rail infrastructure project.

Adam Cormack, head of campaigning at the Woodland Trust, said the scheme would “shoot a poisoned arrow through the heart of our ancient woods and their wildlife”.

“Future generations won’t forget the disregard shown for the environmental costs of HS2, especially at a time when recognition has never been greater of the need to protect the environment in the face of the climate and nature emergency,” he said.

“The Government is riding roughshod over its own environmental ambitions and ignoring lessons learned from the past, by allowing destruction of ancient woodland and other important habitats on this scale.”

Too high a price

Nikki Williams, from The Wildlife Trusts, said nature is paying too high a price for HS2.

“Today’s announcement means that it is more critical than ever that the whole project is redesigned – before HS2 creates a scar that can never heal.

“It is vital that HS2 does not devastate or destroy irreplaceable meadows, ancient woodlands and internationally important wetlands that are home to a huge range of wildlife, from barn owls to butterflies.

“Green and sustainable transport is vital, but the climate emergency will not be solved by making the nature crisis worse.”

Friends of the Earth’s campaigns director Jamie Peters said: “HS2 is a costly and damaging mistake which will threaten wildlife, destroy ancient woodlands and do nothing to reduce climate-wrecking pollution.

“Anyone who has tried to take public transport recently can tell you why building HS2 is completely the wrong decision.

“The estimated £100 billion earmarked for this project would be better spent fixing the dilapidated commuter rail network and funding other initiatives to encourage people out of their cars.”

He said the £5 billion from the Government for bus and cycling infrastructure is a “nod in the right direction” but falls far short of what is needed to build a low-carbon transport network to deal with the climate crisis.

Greenpeace UK executive director John Sauven said: “We’re totally in favour of a transport revolution that cuts pollution and carbon emissions, but bulldozing through irreplaceable wildlife and nature sites is not the way to go about it.”

He said Boris Johnson’s decision to green-light HS2 would make the PM “this century’s largest destroyer of ancient woodlands in the UK”, with more than 100 ancient woodlands set to be destroyed or damaged, along with 33 sites of special scientific interests and hundreds of local wildlife sites.

“Giving the go-ahead to such a costly and damaging project is a missed opportunity.

“The Prime Minister should have created a first-class regional rail and bus service, up and running across the North in years rather than decades and without adding to the climate and nature emergency,” he said.