By Harold Stone Thousands of people have been flooded out of their homes in the last few months, as they were in 2014, 2013, 2012, 2009 and 2007. Two weeks ago our MPs launched a flooding inquiry, and they invited George Monbiot to explain the situation. This is what happened. Streamlining floods Floods happen when […] 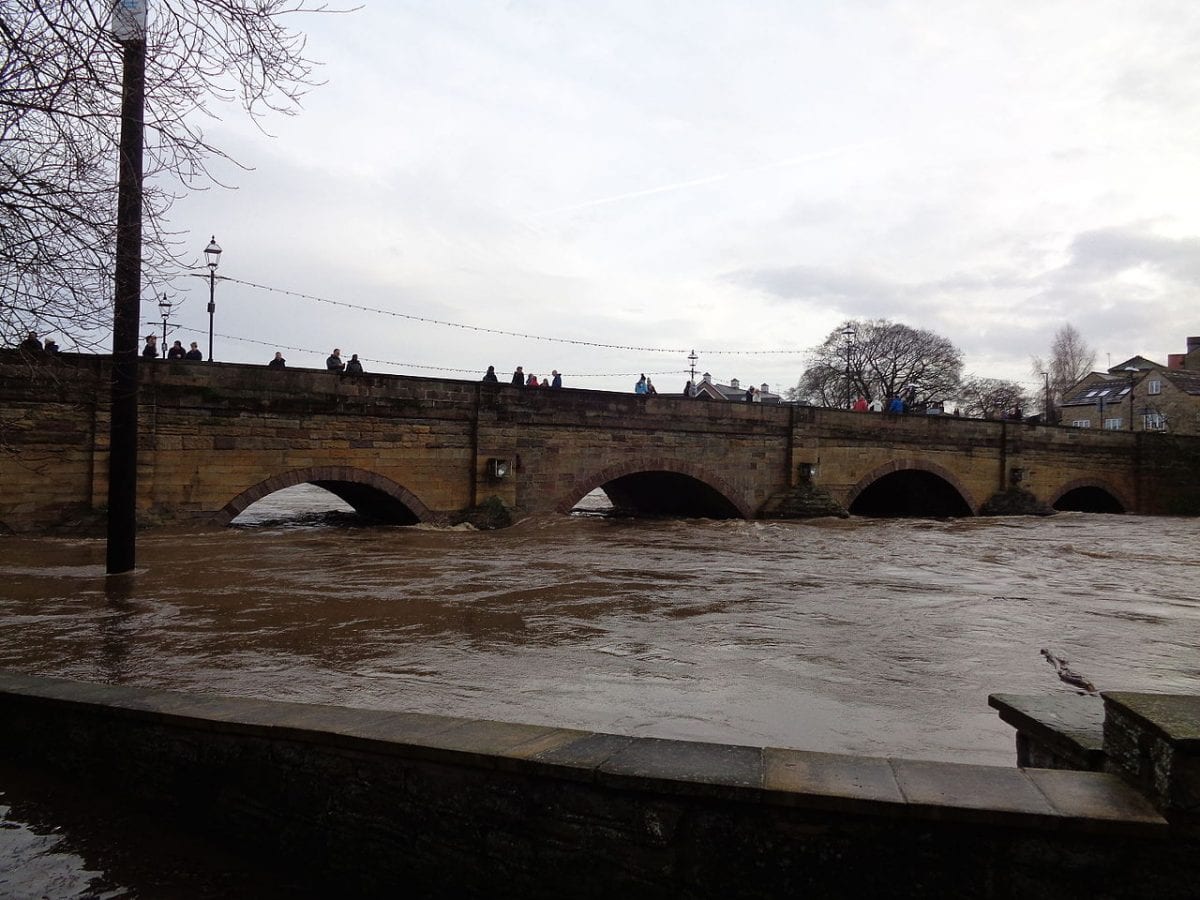 Two weeks ago our MPs launched a flooding inquiry, and they invited George Monbiot to explain the situation. This is what happened.

Floods happen when there is too much water, and this water submerges the dry land. The way to prevent floods, Mr Monbiot began by explaining, was to slow this excess water on its journey back to the oceans. There are plenty of ways of doing this – more trees, more shrubs, more debris, more bogs, more ponds, more meandering rivers, and more desynchronized streams. Perhaps even some more beavers.

Planting woodland across just 2 per cent of the floodplain, Mr Monbiot explained, could reduce the speed of the water flow by 50 per cent, and increase water retention by 71 per cent.

“Rather than sitting at the bottom of the catchment where the towns are, and hiding behind a flood barrier,” he said, “we should prevent the wall of water gathering in the first place.”

Our environment minister Elizabeth Truss however, is having none of this. Instead of slowing flood water, she is arguing for the unregulated dredging of farmland. If this goes ahead, Mr Monbiot has warned, it will most likely enhance the flooding further downstream.

Dredging (the removal and deepening of riverbeds) has historically served as a means of drainage and navigation, explained Mr Monbiot, and while under “very specific circumstances” there could be a limited argument for using it to alleviate flooding, the wider effects of dredging often exacerbate the situation. As a solution to silt erosion, he described dredging as “trying to bail out the bath while the tap is still running”.

Flood water has to go somewhere, and will head downstream if not stored on the floodplain. Liz Truss’s plan to immunise one million acres of farmland from future flood water, would obviously mean sending the flood elsewhere.

Holding floodwater in upstream farmland, Mr Monbiot explained, would be both the humanitarian option and the economic option. A compensation scheme for farmers would be cheaper than flooding houses.

Questioned on the issue of local decision making, Mr Monbiot highlighted that local flood authorities often lack a means of influencing what was happening upstream. His suggestion to consider the entire catchment area as a political unit, was met with attentive murmurs from the MPs.

Our public subsidies are not just reducing flood resilience, he explained, they are actively increasing the likelihood of dangerous floods. Under EU regulations, landowners do not receive farming subsidies for producing food. They receive farming subsidies for annihilating features that would otherwise slow the flow of water – features such as reed beds, ponds, scrub, vegetation, trees, woods, and wider rivers.

The UK’s Rural Payments Agency hands out over £3 billion a year of public money to fund this removal of flood prevention, he underlined.

Mr Monbiot also confessed that he agreed very strongly with Dieter Helm (not something he has a history of doing) that flooding should not be framed as a conflict between people and environment. Unless we defend the living world, he said, we undermine our own prosperity.

What works well for wildlife habitats, tends to work well for humans, and as a prime example of this Mr George Monbiot smiled and began explaining to parliament the virtues of beavers.

He highlighted a number of river debris schemes around the country that had been successful in slowing water. While these schemes had required maintenance costs, he explained, in Devon there was a pair maintenance-free wild beavers holding back around 8,000 litres of water.

Referring to current research from the University of Exeter, he described how these indigenous rodents “beaver away extremely effectively, doing the work we would otherwise have to do”. All they require is some woodland, he added.

“What do the anglers make of the beavers?” asked one unwitting MP, “Presumably they eat a tonne of fish.”

Beavers are entirely herbivorous, Mr Monbiot explained. Only in C S Lewis’ Narnia do they eat fish. Outside of the UK, where beavers have not been hunted to extinction, anglers love beavers because they create a variety of habitats for a variety of fish.

“I agree with quite a lot of what I heard Mr Monbiot say,” he said, “including the concept of rewilding.”

He also agreed with the need for upstream solutions, the need to think more holistically about flood risk, the need for catchment wide approaches, and the need to address the false dichotomy of wildlife and people. Then it came to dredging.

“This year we’re going to be dredging in 175 different locations,” he announced.

Perhaps Mr Bevan is still in diplomat mode, and avoiding treading on any toes. From the way Mr Monbiot described it, it seems to be a case of either storing floods upstream, or faststreaming them downstream.

Maybe Mr Monbiot is wrong, and we should be pursuing more intensive dredging. Perhaps we should cover the country in a system of deep canals and high tech pipes, so we can hurl every last drop of rainwater off the land and back into the ocean where it belongs. Perhaps we could combine this with some silver iodide rockets to explode all the clouds before they get here.

Or perhaps we could plant a few trees.