“At the heart of this scandal is not a contractual arrangement, but a catalogue of failings and a cover-up by hospital managers which led to a child losing their life.” 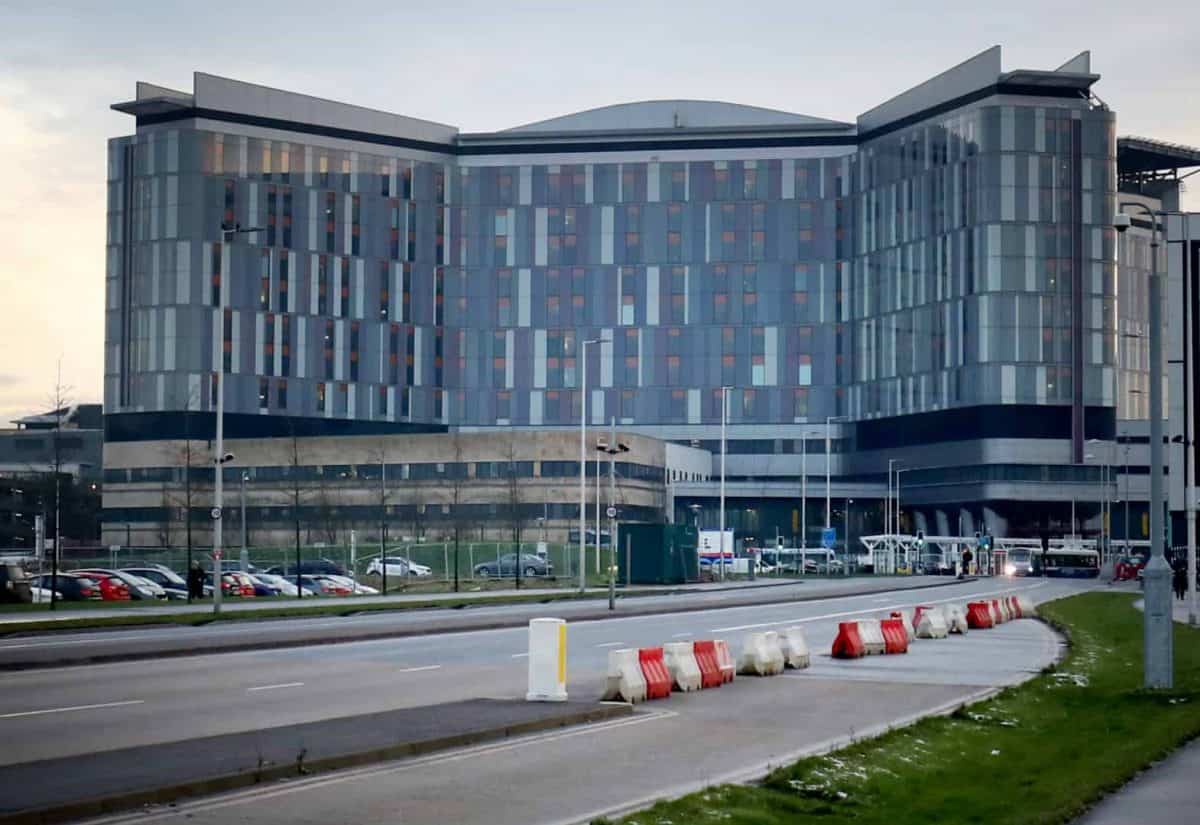 Health board bosses have recommended court proceedings against construction firm Brookfield Multiplex amid infection concerns and in the wake of children dying in the hospital.

Deaths could have been prevented at the Glasgow ‘super hospital’ if staff stuck to basic  infection control tasks, it has been claimed.

Nobody knew whose job it was to make sure that taps, baths and shower heads were flushed at least once a day, hospital inspectors found last January.

The failures were “either total incompetence or dereliction of duty”, according to Hugh Pennington, emeritus professor of bacteriology at the University of Aberdeen.

He said: “Health professionals have known for many years that these very basic practices can and do prevent infection. If these very basic steps had been taken, some of the deaths and infections we’ve seen at this hospital could have been prevented.”

Milly Main was ten and recovering from leukaemia, and Mason Djemat was three, when they both died in August 2017 at the Royal Hospital for Children, which is situated within the super hospital complex.

Kimberly Darroch, Milly’s mother, insisted she is “100 per cent” sure her daughter died because of infected water.

At an NHS Greater Glasgow and Clyde (NHS GGC) board meeting on Tuesday, chief executive Jane Grant revealed lawyers have been instructed to prepare legal action against the contractor “as a matter of urgency”.

Papers seen by the PA news agency, which the health board failed to publish ahead of the meeting, recommend board members “accept the legal advice received and require the Chief Executive to instruct MacRoberts LLP to act on the Board’s behalf to raise appropriate Court proceedings as a matter of urgency.”

“Parents have no trust in a health board that is policing itself and their pleas to Jeane Freeman to move the leadership team aside have been ignored.

“It’s time for the Health Secretary to prove she is listening to families and staff whistle-blowers. Enough is enough.”

“If senior managers are now accepting there were problems with the hospital, who is going to take responsibility for opening it and putting patients at risk?

“At the heart of this scandal is not a contractual arrangement, but a catalogue of failings and a cover-up by hospital managers which led to a child losing their life.”

NHS GCC was escalated to stage four of the NHS Board Performance Framework by Health Secretary Jeane Freeman last month following its response to the infection scandal linked to the two children believed to have died in an affected ward in 2017.

In Scotland, a five-stage scale is used to show the level of oversight for stricken health boards.

Scottish Labour health spokeswoman Monica Lennon said: “This is a significant development and is confirmation of the very serious concerns over the design and fabric of the building at the Queen Elizabeth University Hospital.

“It’s important that the public inquiry Scottish Labour pushed for gets to the bottom of this once and for all – including what the health board knew at the time the hospital was signed over.

“But most importantly, the public needs to have confidence that this building is safe for patients now.”

She added: “Parents and families of patients currently at the Queen Elizabeth continue to raise concerns and Jeane Freeman must act to escalate the board and move aside the current leadership.”

Miles Briggs, the Scottish Conservative health spokesman, said: “This is another depressing twist in a sorry saga, created by the SNP Government’s mismanagement of a major hospital building project.

“This legal action will not reassure patients or staff or reduce the chances of infection at the hospital.”

Raising the prospect of further action concerning the long-delayed opening of the children’s hospital in Edinburgh, he added: “If Multiplex has also failed to deliver on their contract of building a safe new hospital at the Sick Kids in Edinburgh, which there is a strong argument for, then NHS Lothian should not rule out similar legal action.

“SNP ministers have shown a total inability to manage the contracts for the Queen Elizabeth University Hospital and the Royal Hospital for Sick Children, and it is a travesty that we are in the position that we are.

“Millions of pounds that could have been gone into lifesaving treatments and reducing waiting times is being lost every month because of this fiasco.”