"Homelessness is too big to ignore" 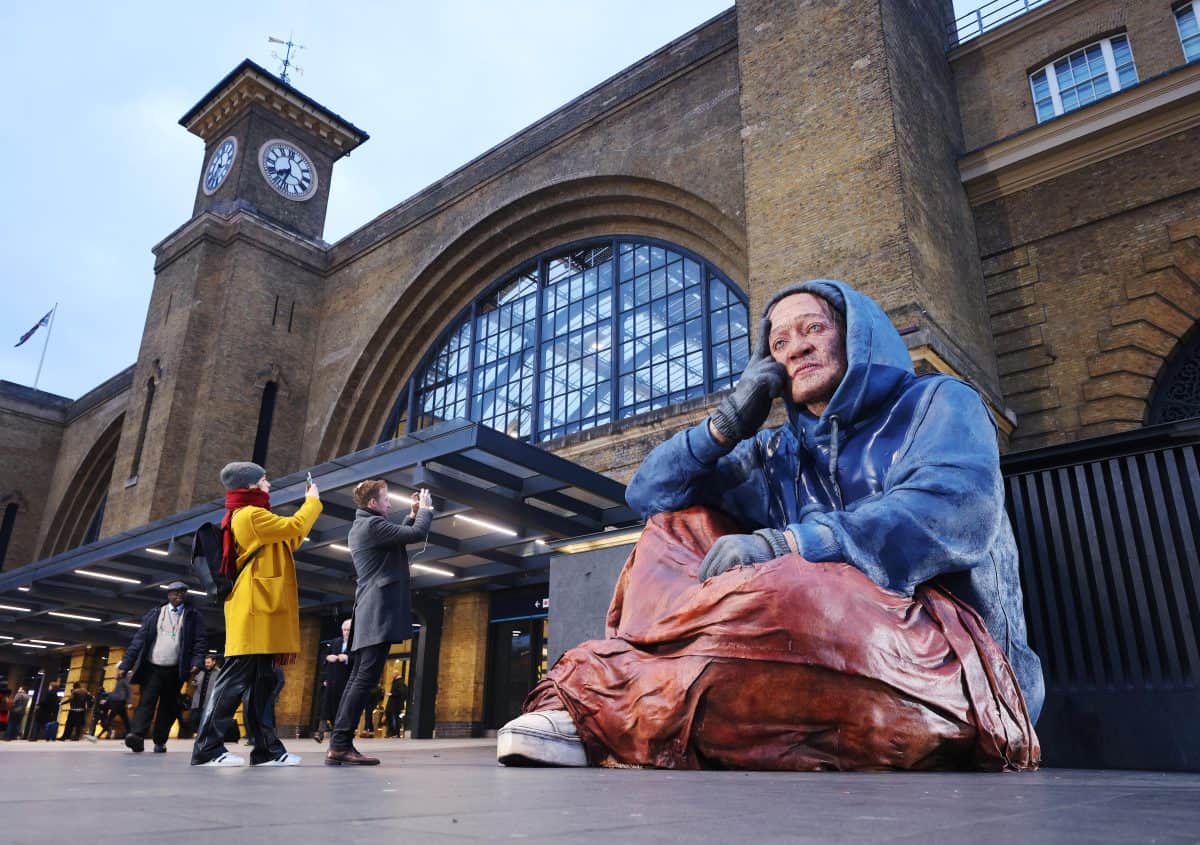 A hyper-real sculpture of a person experiencing homelessness was unveiled at London King’s Cross this morning.

With people experiencing homelessness being ignored every day the sculpture, named Alex, stands as a visible testament to the hundreds of thousands experiencing the worst kinds of homelessness, with sleeping on the streets, sofa surfing and living in temporary accommodation becoming more prevalent as the cost of living crisis bites.

The sculpture’s incredibly realistic facial features – brought to life via computer technology and using the profiles of seventeen people facing homelessness who have been supported by Crisis – were created to further reinforce the humanity in people experiencing one of the most brutal forms of homelessness – rough sleeping.

Taking a considerable 10 weeks to create and sitting at 2.5 tonnes, the sculpture will be surrounded by QR codes which lead visitors towards the website and opportunities to donate to the charity.

Alex will be at London’s Kings Cross for two days before being transferred to the Birmingham Bullring where it will continue to raise awareness in the United Kingdom’s second-largest city from 8th to 11th December.

The powerful stunt comes as research has revealed 300,000 households across Britain could be forced into homelessness next year if the government fails to change its policy, with thousands suffering the worst forms of homelessness including sleeping on the streets, sofa surfing, and living in temporary accommodation such as hostels and B&Bs.

The stark warning is made in The Homelessness Monitor: Great Britain, new research from homelessness charity Crisis led by Heriot-Watt University. The estimate, that on any given night in 2023, 300,000 households could be experiencing the worst forms of homelessness, is up from 227,000 in 2020, an increase of 32 per cent.

Speaking at the unveiling of the sculpture, Crisis Ambassador Imelda Staunton commented: “The intention of this incredibly lifelike sculpture is simple: homelessness cannot be ignored any longer. The cost of living crisis and rising rents are exacerbating an incredibly difficult situation and Crisis’ research highlights as many as 300,000 households could be homeless next year, a shocking scenario to be faced with.

“Crisis has always been close to my heart and today I am proud, as an ambassador, to stand shoulder to shoulder with those experiencing homelessness as we look to encourage action.

“As a nation we need to do better and this Christmas, we can all be part of that change. This installation stands as a testament and a rallying cry, we cannot sit idly by and watch the situation worsen.”