She also said he would not have gone on holiday during an “international crisis”, in an apparent nod to Dominic Raab who was in Crete as Taliban took control of Afghanistan. 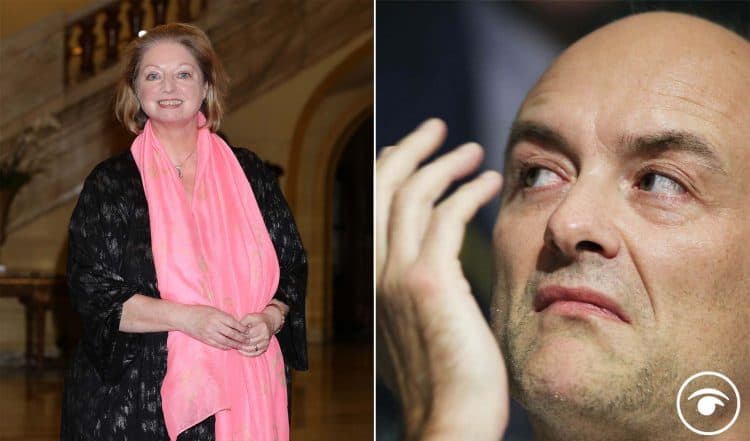 Dame Hilary Mantel has said Dominic Cummings “created a picture of himself as an outsider” while Thomas Cromwell had been able to truly “conquer the hierarchy”.

The novelist, 69, who has published a trilogy of books about the Tudor statesman and minister to Henry VIII, compared the two political figures during an appearance on The Andrew Marr Show.

Referencing Mr Cummings’ rise to become the Prime Minister’s top adviser, she said: “Dominic Cummings created a picture of himself as an outsider which was intrinsic to his self-created function.

“What Cromwell did was he conquered the hierarchy. He understood where real power lay as opposed to status and he worked his own way through the system, in a way that shouldn’t have been possible in that very hierarchical world.”

Actor Ben Miles, who plays Cromwell in the stage versions of Dame Hilary’s books, told the programme there were “parallels” between the two men.

He said: “There is an element of a man from outside, from perhaps a lower status background and origin, scaling the heights, as it were, and becoming indispensable.”

Mantel is the first woman to win the Booker Prize twice – in 2009 for Wolf Hall, and for Bring Up The Bodies in 2012 – the first two instalments of her trilogy.

The works of historical fiction are set in the Tudor period and chronicle the rise to power of Cromwell while The Mirror And The Light tracks his fall and the last four years of his life from 1536 until his execution.

Dame Hilary also suggested Cromwell would not have gone on holiday during an “international crisis”, in an apparent nod to Foreign Secretary Dominic Raab who was in Crete as the Taliban took control of Afghanistan.

“Cromwell was a politician,” she said.

“He was the kind of man who was quite rare in any era, perhaps in any walk of life, because he was someone who was very much a big picture man, but he knew how to take care of all the details as well.

“He privileged competence and turning information into knowledge.”

She added: “He wouldn’t have gone on holiday during an international crisis. Can you imagine Cardinal Wolsey going on holiday?”