The veteran broadcaster will go head-to-head with Jacob Rees-Mogg in his first interview. 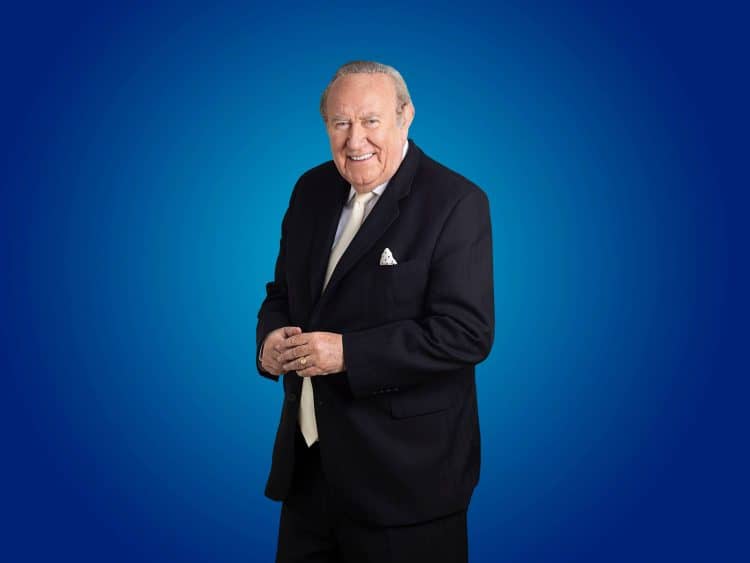 Andrew Neil has said his new Sunday evening politics show will focus on “intelligent discussion” rather than the “sensation and shouting” of the American opinion-led format.

The veteran broadcaster, 72, said the later time slot of the programme means his team will have “the waterfront to ourselves” allowing them to “throw” the news forward to the coming week.

The live 10-part series, titled The Andrew Neil Show, begins on Channel 4 on May 8 airing weekly at 6pm, and will feature Cabinet minister Jacob Rees-Mogg as its first guest.

The Daily Mirror’s Pippa Crerar and The Telegraph’s Madeline Grant will offer up their insight as political commentators.

Neil told the PA news agency: “In British broadcasting, six o’clock is an unusual time on a Sunday night to do a political show, but it means we have the waterfront to ourselves. There are no other competitors on at that time.

“Sunday mornings are a bit crowded and there are other points in the schedule which have lots of political programming – breakfast time as well during the week. We get this slot to ourselves.”

Describing the evening as a “pivotal time”, he added: “The news cycle that’s been created by the Sunday papers, and then by the Sunday morning talk shows, is beginning to work its way out and throw itself forward to the start of a new week on Monday morning.

“We’re in a pivotal position where we can wrap up what’s happened in the week behind us just coming to an end, and throw forward to what’s coming up with the week ahead.

“So it’s actually a very good time. I am surprised someone hasn’t thought of it before.”

The new show comes after the launch of news channels GB News and TalkTV, which both feature opinion-led current affairs programmes akin to the model popular in America.

Neil said his programme would sit “in between” straight news and comment, but added: “It won’t be American-style, that’s for sure. And it won’t be shouty.

“But I hope it will have some pace and some insight. Shouty can be quite entertaining, though it’s also a little bit exhausting after a while.

“What I discovered, I think, is that the kind of audience we’re after puts a premium on high quality discussion and analysis and not opinion.

“They like a bit of edge. They like their analysis not to be bland, but they don’t want opinion shoved down their throat all the time.

“They’re perfectly capable of making up their own opinions. And I think that is what we’ll try to do.”

Neil promised his political interviews will only be with “the big players” and not “the minister for paper clips”, confirming he has contacted Number 10 regarding an interview with the Prime Minister.

“When we can’t get a big beast to be interviewed, then I think we’ll just have intelligent discussion among ourselves,” he added.

“We have lined up some superb commentators who are really plugged in, and who will be fresh voices, who know what they’re talking about.

“In shows that I’ve done in the past, people want to hear well-informed people telling them what’s going on.

“Not what their view is about that, but ‘this is why it’s happening’ and ‘this is likely what is to happen next’, and ‘here’s why’. And I think we’ll go for that kind.

“It’s Channel 4 so I think we’ll go for intelligent discussion, rather than sensation or shouting.”

Neil’s career as a political presenter and interviewer has spanned three decades, and he is the chairman and editor-in-chief of Press Holdings Media Group, publishers of The Spectator and other related titles.

He stepped down as the chairman and host of a prime-time show on GB News last year.

Neil is a former Sunday Times editor and was one of the BBC’s top political broadcasters for many years, presenting This Week, Daily Politics and BBC One’s Sunday Politics.

The Andrew Neil Show launches on Sunday at 6pm on Channel 4.

Related: Boris to use Queen’s Speech to unleash Bills that ‘deliver on promise of Brexit’