One of our favourite mammal is being wiped out by intensive farming and climate change, say scientists. 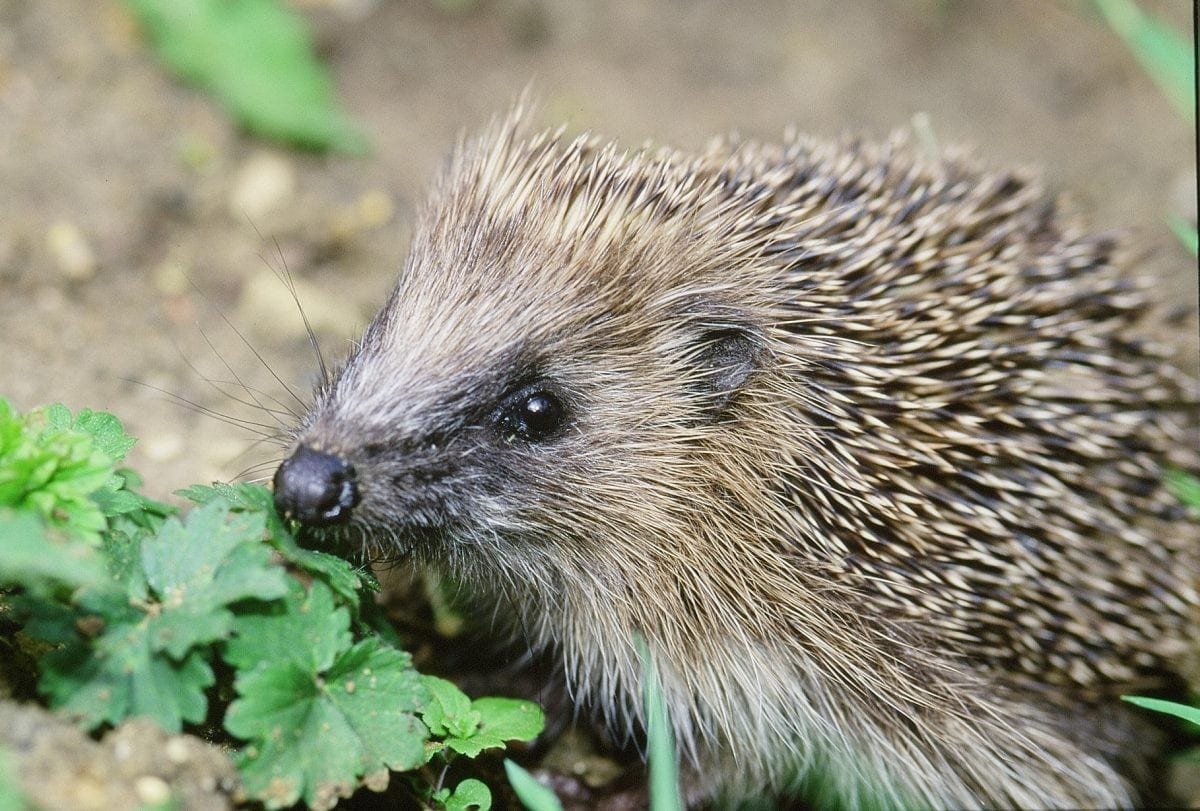 The humble hedgehog has disappeared from almost 80 percent of the British countryside, according to new research.

And the prickly mammal is packing its bags and moving to urban areas which now act as refuges for them, scientists say.

Regular destruction of habitat with heavy machinery – as well as the use of pesticides in intensive farmibng – is wiping out the worms, beetles, slugs, caterpillars, earwigs and millipedes it feeds on.

In the first study of its kind scientists found the prickly but cute creature inhabited just 21 percent of 261 rural sites surveyed across England and Wales.

They used ‘footprint tracking tunnels’ to show the nocturnal animals are more thinly spread in the UK than previously feared.

They were present in only 55 of them – indicating “much of the countryside may be uninhabited by the animals”, said the researchers.

First author Ben Williams, a PhD student at the University of Reading, explained: “Although hedgehogs were generally widely distributed, they were actually found at a worryingly low number of sites.”

There were also fewer hedgehogs where there were badgers, their main predator. But both badger setts and hedgehogs were absent at more than a quarter of all sites – suggesting a wider landscape issue affecting both species.

Mr Williams said: “We also found hedgehogs were absent from 71 percent of sites that did not have badger setts either, indicating both hedgehogs and badgers may be absent from large portions of rural England and Wales.

“We found hedgehogs at 55 sites. We also found badger setts were present at 49% of these sites, demonstrating badgers and hedgehogs can, and do, coexist, as was the case historically for thousands of years prior to the recent decline in hedgehog numbers.

“However, perhaps more importantly our results indicate a large proportion of rural England and Wales is potentially unsuitable for both hedgehogs and badgers to live in.

“Given the similarity in diets of the two species, one explanation for this could be the reduced availability of macro-invertebrate prey, such as earthworms, which both species need to feed on to survive. This could be as a result of agricultural intensification and climate change.”

Hedgehog are well researched in urban areas, but little is known about their numbers in rural landscapes.

Previous studies are either too small to represent larger areas or too spread out to identify underlying biological or man-made influences.

So experts and volunteers set up tunnels baited with food. Hedgehogs had to walk over ink pads to reach it, leaving their prints on paper.

The analysis funded by the People’s Trust for Endangered Species (PTES) and the British Hedgehog Preservation Society (BHPS) is the most comprehensive to date.

It also showed hedgehogs were best off in areas with housing. Human habitation is believed to be acting as their “refuge” habitat, said the researchers.

Mr Williams said: “The results also indicate hedgehogs may be using areas of human habitation as a sort of ‘refuge habitat’.

“This was evident across all scales, from small villages to cities, becoming more pronounced with greater urbanisation.

“Residential gardens potentially offer a number of advantages for hedgehogs and enable them to escape some of the problems associated with the rural landscape.

“Therefore, houses, villages and towns bordering more rural landscapes are important areas for hedgehogs and may become increasingly so if we continue to see the rate of declines we are currently witnessing in rural Britain.”

High numbers of badgers in some places do reduce the presence of hedgehogs. But neither species were at 70 sites (27%).

The study published in Scientific Reports said more than a quarter of the countryside is apparently unsuitable for either.

This may be because of intensive land management, which has reduced prey and suitable habitat sites.

PTES grants manager Nida Al-Fulaij said: “Badgers are what is known as ‘intra-guild predators’, meaning they predate hedgehogs but also compete with them for food resources.

“This naturally makes their relationship complex, which we already knew, but until now we didn’t realise the extent to which changes in the landscape were affecting both species.”

The study by Mr Williams and colleagues at Nottingham Trent University covered all seven types of habitat from arable farmland to upland areas between 2014 and 2015. It included 18 sites in Wales and 243 in England, many surveyed by volunteers.

It can be used as a baseline for future monitoring of hedgehog numbers, said the researchers.

Earlier this year a report by PTES and BHPS suggested there are only a million hedgehogs left in the UK – compared to the 30 million that roamed in the 1950s. The number has halved just since 2000.

The hedgehog was named Britain’s best loved mammal in a recent Royal Society of Biology poll of 5,000 members of the public. It gained 36 per cent of the votes – more than twice as many as the red fox which came second with 15 percent.

Unmistakable in appearance and with a gentle nature, it has been a popular character in children’s stories since Beatrix Potter’s Mrs Tiggy-Winkle, earning a special place in our hearts.