The MP has been priced for TV return after confirming his exit from Parliament. 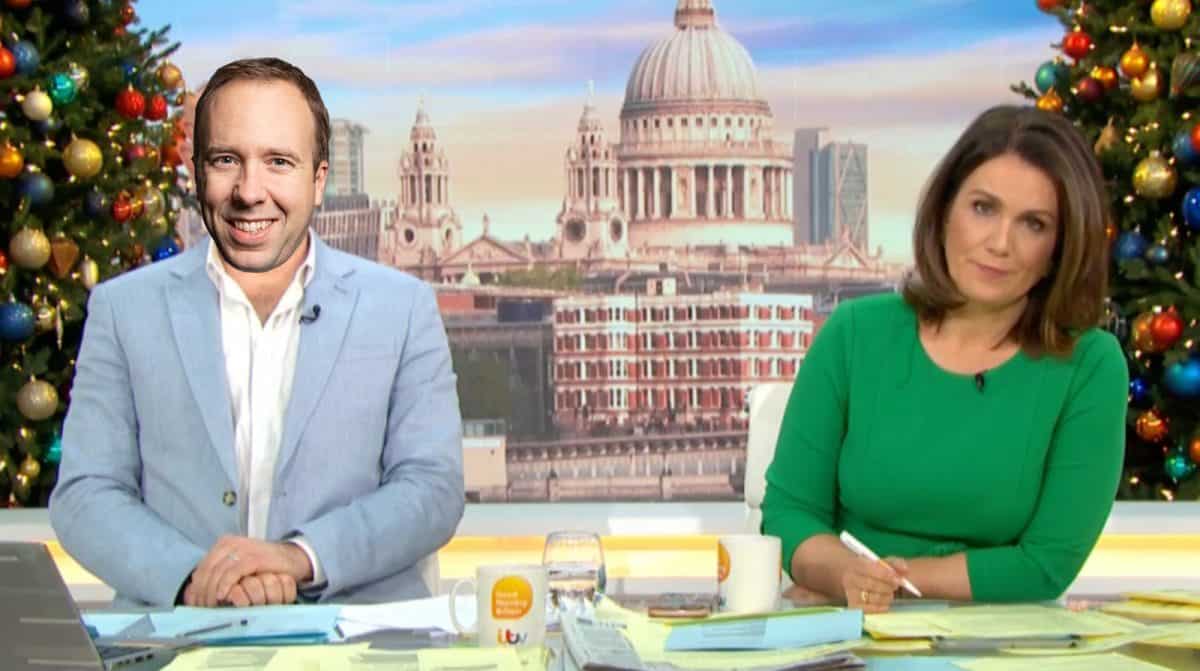 Appearances on Good Morning Britain and Question Time are bookies’ leading fancies for Matt Hancock in 2023 after the MP confirmed he will not run for Parliament at the next General Election.

Though the UK is not set to go to the polls until 2025, the former Secretary of State for Health, who recently finished third in I’m A Celebrity Get Me Out Of Here…, could be set for more time on the TV.

Hancock is 8/1 to take a place in the 2023 Great Celebrity Bake Off, 16/1 for an appearance on the next series of Strictly Come Dancing and 500/1 to replace Daniel Craig as the next James Bond.

William Hill Spokesperson, Lee Phelps said: “Preparing to step down from Parliament at the next General Election, if not before, Matt Hancock could look to branch further into TV.

“Becoming the host of Good Morning Britain is a fancied step for the MP in 2023 at just 2/1, while an appearance on Question Time for the ex-Health Secretary is tipped at Evens.

“Hancock showed he’s not shy of the Celebrity TV life in the jungle last month, so appearances on the Celebrity Bake Off, 8/1, and even Strictly, 16/1, could be on the agenda for 2023.”