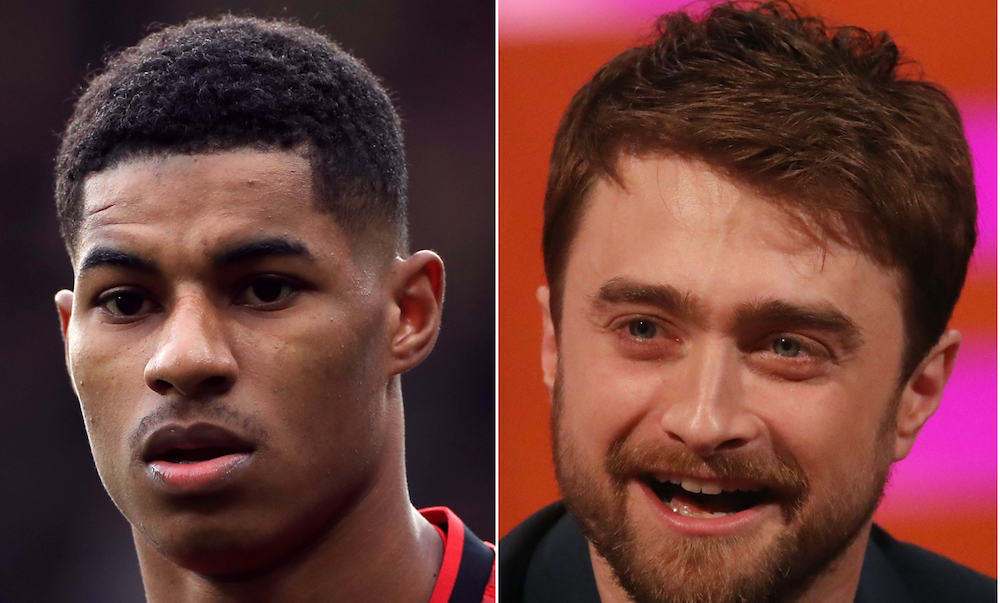 Health Secretary Matt Hancock has said he may have had “Harry Potter on the mind” when he mistakenly praised “Daniel Rashford” for his work on free school meals.

Manchester United striker Marcus Rashford led a campaign to extend the children’s food voucher scheme into the summer holidays, which forced a change in policy with a £120 million fund to feed 1.3 million children in England over the six-week break.

Denying that the Government made an embarrassing U-turn on the subject, Mr Hancock told Sky News on Wednesday morning: “Righty-ho, I will tell you what happened, the Prime Minister talked to Daniel Rashford, he considered it and made his decision – I think it’s terrific.”

The minister later told radio station LBC that his child’s fondness for the JK Rowling novels may have been to blame and “maybe I had Harry Potter on the mind”.

Harry Potter was played by Daniel Radcliffe in the movie adaptions of the popular books.

The Health Secretary later declined to apologise to footballers over his past call for them to “play their part” in the coronavirus response, and said he was “really proud” of Rashford.

When asked by Radio 4’s Today programme whether he owed the star and others an apology Mr Hancock said: “I think he’s been absolutely brilliant and I think he absolutely has played his part.

England star Rashford, 22, appeared to joke about the error, responding on Twitter: “I’ve been called much worse over the last couple of days.”

Mr Hancock later tweeted in response: “Too early. But in all seriousness Marcus you’re a credit to the nation.”

And SNP MP Pete Wishart added that it was “Daniel Rashford 1 Jam Hatcock 0” in the “school meals play off”.

Related – Marcus Rashford scores on every front page…. bar one