Around 1,200lbs of fish corpses were dragged out of a canal last week in what has been described as a “level one fish kill”. A local fishing club blamed the Canal and River Trust for irresponsibly clearing the canal without considering the repercussions of their actions. The haul of dead fish weighed the equivalent of […] 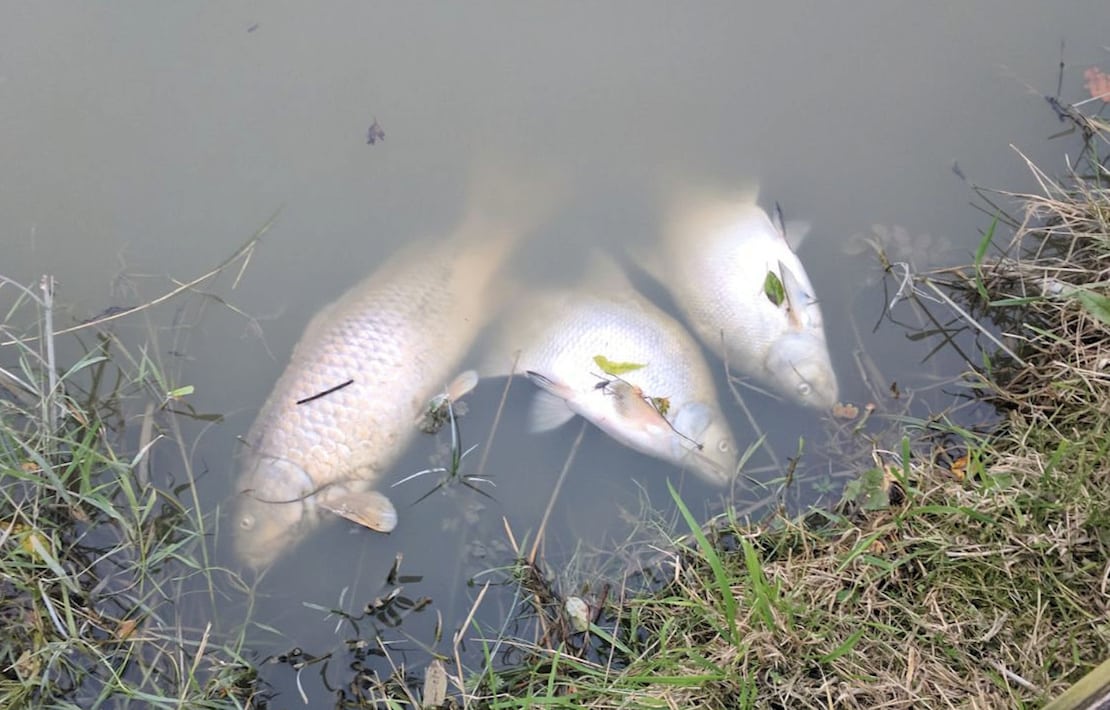 Around 1,200lbs of fish corpses were dragged out of a canal last week in what has been described as a “level one fish kill”.

A local fishing club blamed the Canal and River Trust for irresponsibly clearing the canal without considering the repercussions of their actions.

The haul of dead fish weighed the equivalent of more than a whole polar bear.

Steve Sharp, spoke on behalf of the fishing club and said: “Sadly overnight on Sunday 1st October there was a substantial fish kill on our Grand Union Canal controlled Grove Church section with many specimen bream, perch and carp found floating dead.

“It was soon categorised as a level 1 fish kill which is the highest it could be classed as.”

Dennis Hunt, Luton Angling Club chairman, believes the recent project to dredge the Grand Union Canal was the cause.

He said: “The Canal & River Trust have been dredging the canal, everyone knew they were doing it, there were posters up and it has been widely publicised.

“The consequence of that, we believe, is that it has deoxygenated the water and killed 1,200lb in weight of fish.

“They have not spoken to us, they have been clearing up the mess since last Sunday, it is confined to one stretch of the canal.

“The Trust has got a contractor in to help clear up, they have removed and disposed of over 1,200lb of corpses including carp weighing up to 20lb, bream near 5lb and perch of 3lb.

“We have had an angling licence since 1923 and this is the first time I have seen anything like this and it is due to the dredging, it deoxygenated the water and killed the fish.

“We found out on Monday afternoon when we got a call from the man from the tackle shop in Leighton Buzzard, but we believe the Canal & River Trust knew about it on Friday.

“We will be seeking compensation and restocking.”

The Canal & River Trust and the Environment Agency will be investigating the canal’s colossal loss of fish.

A spokesman for the Environment Agency said: “We have been made aware of the incident, which was on private waters, and are gathering information for an investigation.”

“Our investigations are still ongoing and we don’t want to speculate as to what may or may not have happened.”

The fish were hauled from the Leighton Buzzard area of the Grand Union Canal in Bedfordshire.