Two weeks ago we published a story highlighting one starting fact: If 30 per cent more people under 25 vote, the Tories could lose the election. New data on voting trends had come to light suggesting that a mass mobilisation of young voters could swing the election, with a mega-poll of nearly 13,000 voters by YouGov revealing […]

Two weeks ago we published a story highlighting one starting fact: If 30 per cent more people under 25 vote, the Tories could lose the election.

New data on voting trends had come to light suggesting that a mass mobilisation of young voters could swing the election, with a mega-poll of nearly 13,000 voters by YouGov revealing that Jeremy Corbyn would be heading to Downing Street were the election decided by 18-40 year olds.

If only students voted, Labour would have an overwhelming majority with 55 per cent of the vote.

Well, the story (which was shared over 50,000 times) seemingly struck a chord.

More than 714,000 younger voters have registered since the snap election was called by Theresa May in April, with new figures showing that under 25s have sent off nearly 16,000 more applications than any other age group – roughly a third of the 150,000 who registered on the day the election was called. 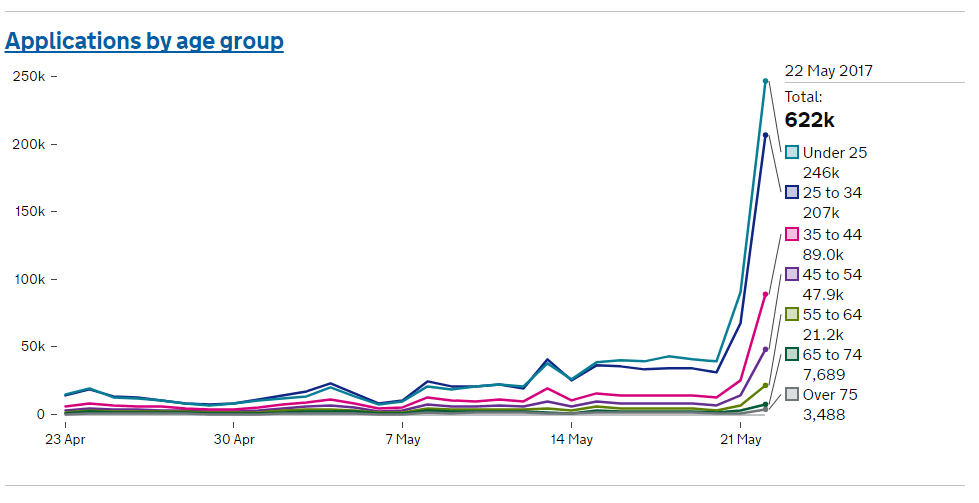 In 2015, 43 per cent of 18-25 year olds voted Labour, and 55 per cent of those registered in the 2017 General Election intend to vote Labour. Of those polled 69 per cent said they “like” or “strongly like” Jeremy Corbyn, bucking the national trend.

Labour are solidly ahead of the Conservatives with the under 40 demographic and students, which shows a big swing could be in the offing come June 8th.