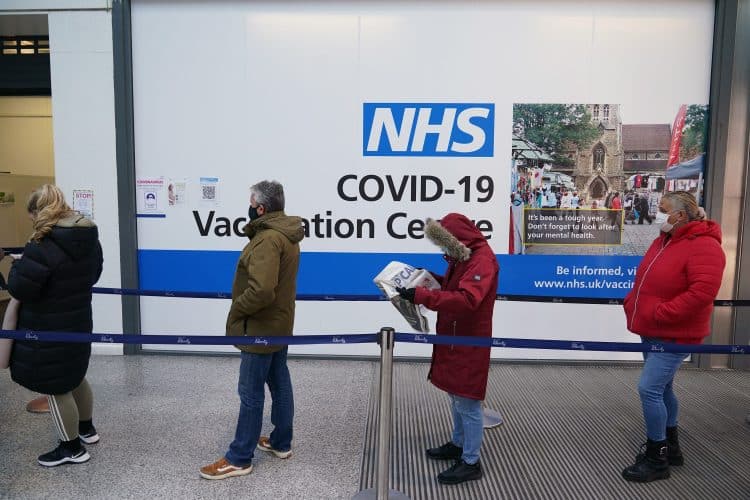 Doctor is outraged as he’s not being excused jury service despite global pandemic and NHS staffing crisis – and calls for a jury exception for medical professionals.

Mike Smith, 45, is a frontline general practitioner in the NHS and has been for 22 years.

Mike, who lives in North London with his wife and 4 children, was called for jury service back in June.

It is worth noting that this is the second time Mike has been requested to serve as a jury officer in three years and is “totally accepting of [his] civic duty.”

The doctor, who was knees deep in work after just starting at a new practice whilst being involved in the vaccine rollout campaign, requested a deferral for his jury service, which was granted and transferred to January 17th 2022.

Following Prime Minister Boris Johnson’s annoucement on Sunday, which called upon all front-line workers to vaccinate the nation over the coming weeks as well as support routine work wherever possible – which includes cancer diagnoses, heart disease and other chronic diseases, Mike asked to defer his service again on the Monday morning.

Within a few hours, the Jury Central Summoning Bureau said no to his request, their reasoning being Mike already asked to defer his service back in June, and they “do not authorise second deferrals”. The Bureau stated Mike’s only option was to ask for an exemption.

Mike, shocked by the response, then had to send another email requesting an exemption, despite already working copious hours with an unprecedented demand on the NHS.

In this email Mike said: “I believe that taking me away from the practice for 2 weeks, given the pandemic, the appalling staffing situation of the NHS and the unprecedented demand on the health service would cause significant problems and could even lead to patient harm or death.”

The Bureau then responded a few hours later refusing his exemption, without stating a reason why.

Mike has said: “I’m exhausted by the whole thing. Not even saying I won’t do [the jury service], of course I would, I’ve done it before, but it’s just not the right time at all.”

“Our centre has 14,000 patients and 6 doctors looking after them across two sites. The impact on the service is at a critical level.

“Its not just healthcare workers and NHS staff who should be exempt from jury service at the moment. I think the Jury Central Summoning Bureau should be sensitive to the individual needs of people during the global pandemic. Particularly key workers, essential workers and people who are relied on to care.”

We have asked for a comment from the Jury Central Summoning Bureau but they have not responded.