A day of ‘chaos’ is sprawled across the nation’s papers, with The Sun dubbing the government "broken" and Mail turning on Truss too. 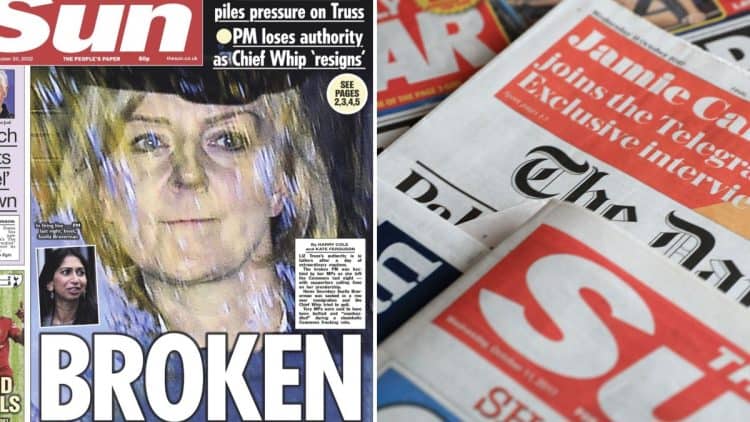 The front pages have their say on the latest crises for the Government.

Metro, the Daily Express and The Guardian all lead on Suella Braverman’s resignation from the role of home secretary, which the latter says has put the Prime Minister “on the brink”.

Ms Braverman had a “90-minute shouting match” with the PM, according to the Daily Mail.

The Times reports on denials from Downing Street that the party’s Chief Whip resigned following “a total breakdown of party unity and discipline” in the Commons during a vote on fracking.

The Daily Mirror, the i, the Financial Times, The Independent and The Daily Telegraph all describe the day’s events as “chaos” for the Government.

The Sun simply writes “broken” across its front.

And the Daily Star says “lettuce Liz is reduced to shreds”.