The young girl was fatally shot as she stood behind her mother who was trying to stop a gunman entering the family home. 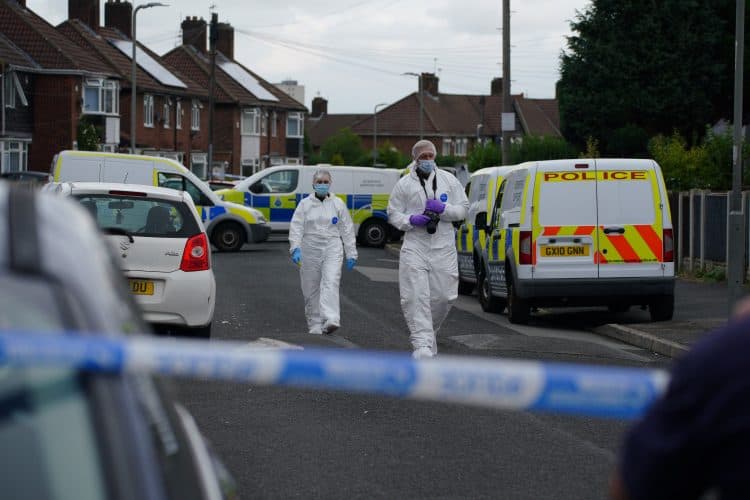 The GB News broadcaster said an “alarming rise in crime” coupled with “no methods of self-defence” raises the possibility of a US-style armament of citizens.

So far this year, there have been 28,707 recorded gun deaths in the US, of which almost half are a result of homicide.

In the first 200 days of the year, there has been an average of 13 mass shootings a week, according to an NBC analysis of the Gun Violence Archive.

On Tuesday, a nine-year-old girl was fatally shot in Liverpool as she stood behind her mother who was trying to stop a gunman entering the family home.

Olivia Pratt-Korbel died after the shooting on Monday night when a 35-year-old man, unknown to the family, ran into the terraced house in Kingsheath Avenue, in the Dovecot area of Liverpool, in an attempt to get away from a shooter, Merseyside Police said.

Her mother Cheryl Korbel, 46, was shot in the wrist as she tried to close the door on the gunman while her nine-year-old daughter stood behind her.