"If it’s not already too late, history will look back very favourably on these people." 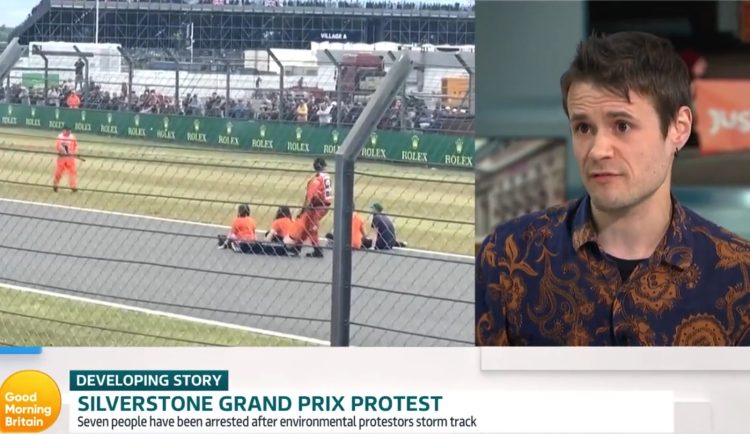 Northamptonshire Police said seven people were arrested after the invasion on the opening lap of the Silverstone contest.

Five protestors stormed the Wellington Straight – the fastest point of the track – before sitting down.

They were swiftly dragged away by marshals to huge cheers from the watching crowd.

After the race, Hamilton said: “Big up those guys. Big up the protestors.

“I love that people are fighting for the planet and we need more people like them.”

He said: “If it’s not already too late, history will look back very favourably on these people.”