The twelve-strong gang, comprising two lieutenants, eight couriers and two others were snared after an eight month investigation. 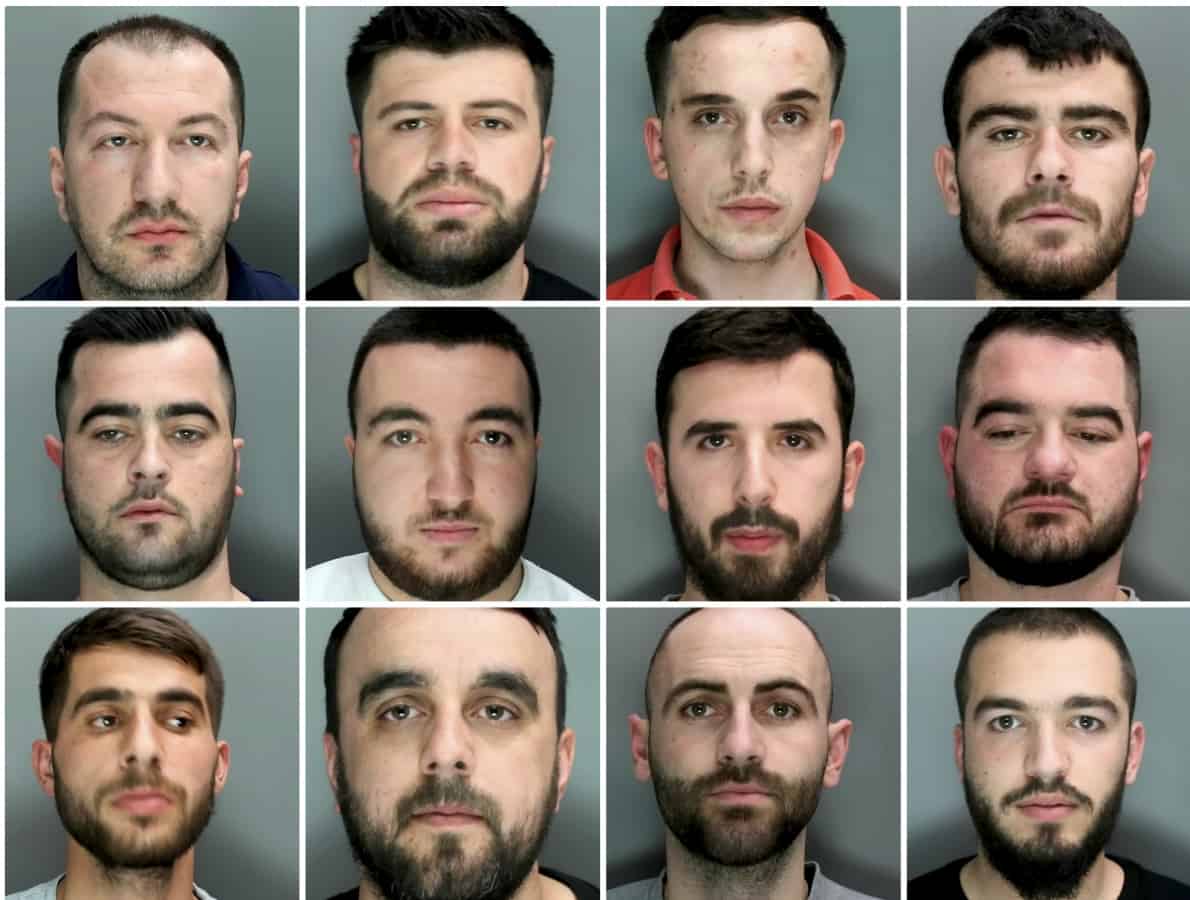 An Albanian gang supplying cocaine to City workers in the capital’s Square Mile have been jailed for 33 years.

The twelve-strong gang, comprising two lieutenants, eight couriers and two others were busted with 1.2 kilos of the drug, worth £144,000.

The investigation started when a courier was stopped on a routine check and cocaine was found.

Officers conducted an eight month undercover investigation and there were a series of trials which began last year at Inner London Crown Court and the Old Bailey.

“The eight-month long investigation has not only resulted in eight ‘couriers’ of the drugs being sentenced to jail, but also two ‘controllers’, who would take the orders of cocaine and arrange for their pick-up.

“It began with a routine traffic stop where cocaine was found and then from that covert work began to progress up the chain.

“Two other individuals involved with the group were found guilty of non-drug related offences.

“Overall, the gang of 12 have been sentenced to over 30 years in prison.

“Two mobile phones also seized during the operation were found to be extremely active ‘drug line’ phones, belonging to the two ‘controllers’.”

Detective Constable Lee Johnson, who led the operation for the City of London Police, said: “A lot of individuals delivering drugs across the capital are young and vulnerable people who are being exploited.

“Many people don’t realise it, but money from selling drugs can be used to fund other serious offences.

“This operation has been incredibly successful in disrupting a large and organised group of criminals, making a profit from the sale and distribution of cocaine in the City.

“The arrest and sentencing of these individuals sends a strong message both to people coming to the City to sell drugs and those in the City buying them: this will not be tolerated by police.

“We are doing all we can to bring those responsible for selling drugs to justice and to protect those at risk of exploitation.”

Ponari of Woodberry Grove, Hackney was sentenced to 64 months for conspiracy to supply cocaine and six months concurrent for possession of improperly obtained identity documents.

Fera, of Ruckholt Close, Leyton was sentenced to 60 months for conspiracy to supply cocaine and for possession of criminal property.

Halil Shehu, 22, of Camden Road, Islington was sentenced to 32 months possession with intent to supply cocaine

Mario Prendi, 27, of no fixed abode was sentenced to 28 months for possession with intent to supply cocaine and one month concurrent for possession of criminal property.

Albi Hoxha, 23, of no fixed abode was sentenced to 34 months for possession with intent to supply cocaine.

Dritan Jella, 33, of High Street, Rochester, Kent was sentenced to four months for possession of fraudulent identification documents with intent.

Kladji Qyra 22, of Pathfield Road, Lambeth was sentenced to 25 months for conspiracy to supply cocaine.

Emirjan Demiraj 22, of Dale Grove, North Finchley was sentenced to 34 months for conspiracy to supply cocaine.

Erdi Nezaj, 25, of no fixed abode was also arrested but immediately deported to Albania by the immigration services.