“A handful of racist goons who can’t accept difference attack a thoroughly decent and engaged community group and Foodbank, and our diverse community responds by raising thousands of pounds in a matter of hours." 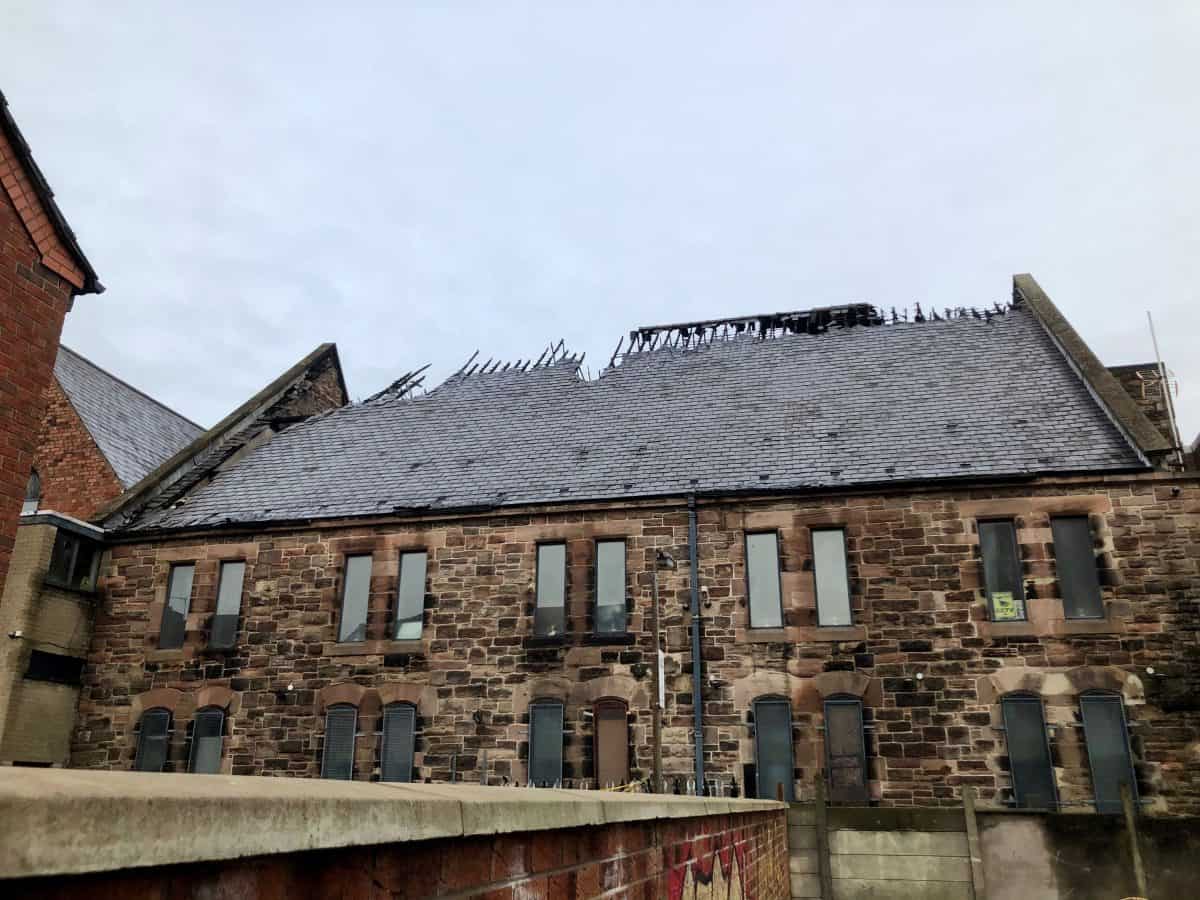 A crowdfunding drive to support a multicultural community group whose food bank was torched in a racist attack has smashed initial targets.

Tens of thousands of pounds have flooded in to help the Belfast Multi-Cultural Association find a temporary new home after the blaze at its building in the south of the city on Thursday.

Amnesty International’s Northern Ireland director. Patrick Corrigan, who set up the JustGiving page on Friday, said the response had been “overwhelming” and represented “a bouquet of love” for the association and its volunteers.

An initial £10,000 target was passed within two hours of the page going live on Friday evening.

A revised £20,000 target was passed soon afterwards, with a third target of £30,000 reached on Saturday morning, with more donations still pouring in.

Police are treating the arson attack on the historic building on Donegall Pass as a hate crime.

The interior of the facility was badly damaged in the fire with large sections of the roof destroyed.

The building was being used as a food bank, with volunteers distributing packages to vulnerable people during the Covid-19 pandemic.

In a statement, the association said it was touched by the support.

“We are immensely grateful to each and everyone of you who have reached out to us in solidarity and support.

“We are greatly touched by everyone’s support. We will come back stronger than ever and we will not let down the communities we support.”

Reacting to the money raised, Mr Corrigan said: “The antidote to hate is love.

“That is what the response to this appeal represents. It is a bouquet of love to the volunteers at Belfast Multi-Cultural Association who have been feeding the homeless and the vulnerable during the pandemic.

“Their work for others, in the face of repeated acts of intimidation, represents the true spirit of Belfast.

“All the money donated will go to help the association get back on its feet and keep its vital work going. A huge thank you to everyone who has rallied round with donations. The generosity has been overwhelming.”

South Belfast MP Claire Hanna hailed the fundraising response and contrasted the motivation behind it with the mindset of those who targeted the centre.

“A handful of racist goons who can’t accept difference attack a thoroughly decent and engaged community group and Foodbank, and our diverse community responds by raising thousands of pounds in a matter of hours. That’s South Belfast,” the SDLP representative tweeted.

“We and our Executive colleagues are committed to doing everything we can to eradicate racism and hate crime,” they said in a joint statement on Friday.

The JustGiving page can be found at: https://www.justgiving.com/crowdfunding/belfastmulticulturalassociation?utm_term=rGDq7DDkV.