Though not quite an ‘annus horribilis’, the year was not a good one for the House of Windsor. 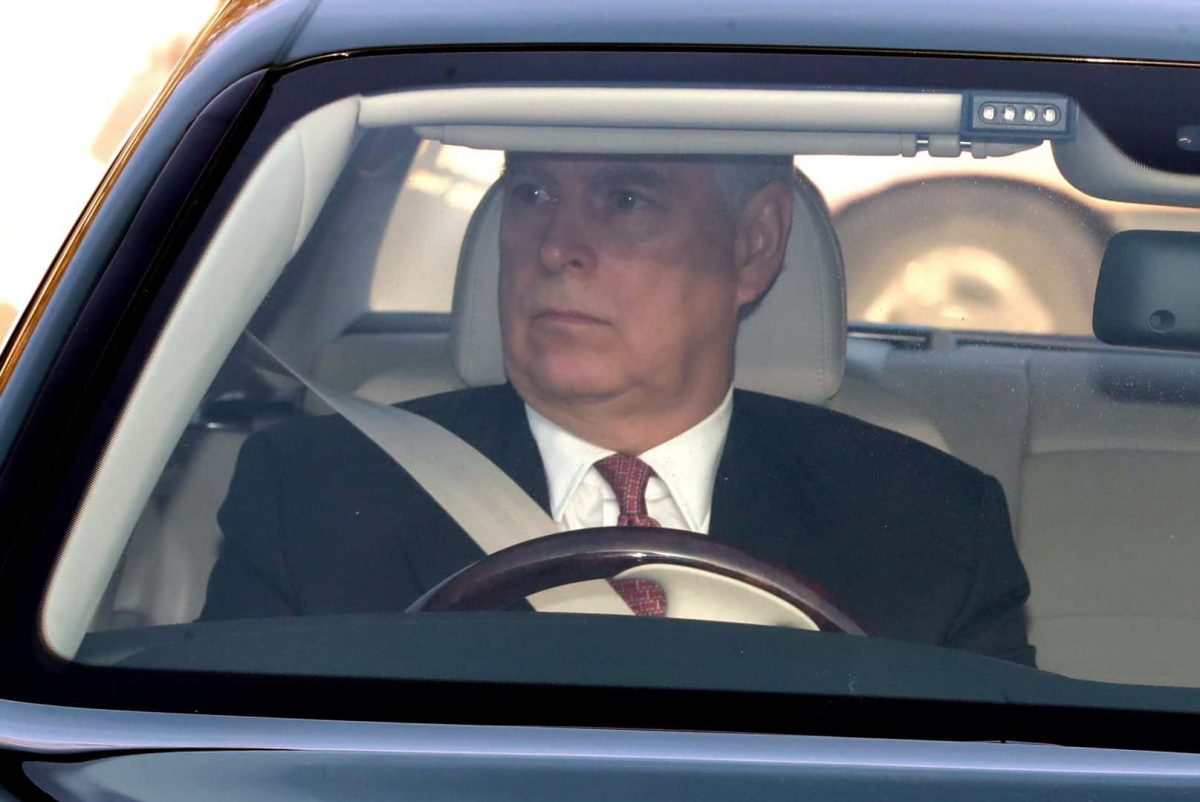 The Queen’s Christmas Day message will look back on what Her Majesty calls a “bumpy” 2019 for the royal family – her first big  public reference to events involving her family this year.

Though the Queen will not detail some of the tribulations her family has been through she refers to a “bumpy year” and overcoming “long-held differences”, – alluding to the political divisions the country has faced.

And it may have been the bumpiest since the year she called her “annus horribilis” in 1992, when three of her children’s marriages collapsed and Windsor Castle was engulfed by fire.

During 2019, the Duke of Edinburgh was involved in a dramatic car accident, the Duke and Duchess of Sussex spoke about their struggles living in the public eye as Meghan Markle faced toxic tabloid reporting and the Duke of York gave a bizarrely disconcerting disastrous television interview about his friendship with a convicted sex offender.

The toxic mood of the public debate around Brexit has continued throughout the past 12 months, with the issue bitterly dividing the country and parliament, leading to uncertainty.

But the Queen will comment on how “small steps taken in faith and in hope” can be significant, and ultimately break down “long-held differences”.

The head of state will also highlight the 75th anniversary of the Second World War D-Day landings, and how former “sworn enemies” joined together in friendly commemorations to mark the milestone in 2019.

In her Christmas Day broadcast to the nation and the Commonwealth, the Queen, speaking about the life of Jesus and the importance of reconciliation, will say: “…how small steps taken in faith and in hope can overcome long-held differences and deep-seated divisions to bring harmony and understanding…

“The path, of course, is not always smooth, and may at times this year have felt quite bumpy, but small steps can make a world of difference.”

The Queen’s comment is thought to be her first public reference to the personal events her family has experienced this year.

The Duke of Edinburgh’s car crash

In January, while the sight of a pregnant Duchess of Sussex put smiles on faces, the Duke of Edinburgh was involved in a car crash. The 98-year-old pulled out of a driveway at Sandringham onto a busy A road, apparently dazzled by the low sun, and was hit by another vehicle containing two women and a nine-month-old boy.

Philip’s car flipped over and he had to be rescued through the sun roof. And the aftermath became heated. The two women were treated in hospital, while a baby with them had a miraculous escape, with passenger Emma Fairweather – who broke her wrist – calling for the duke to be prosecuted if found at fault.

Philip, aged 98, voluntarily surrendered his licence after he was involved in a car crash on the Sandringham estate in January that left two women in another vehicle injured.

Prince Philip did not quite calm sensitivities over the situation. Despite calls for the him to hand in his licence due to his advanced years, he was photographed a few days later driving without a seatbelt. He did, however, hand his licence in a month later, thus escaping prosecution.

The Duke of Edinburgh spent four days in hospital but is home for Christmas on Christmas Eve after a planned admission on Friday to the private King Edward VII in central London for treatment relating to a “pre-existing condition” in what was described as a “precautionary measure” by Buckingham Palace.

During the past 12 months, the most significant and damaging event for the monarchy was Prince Andrew’s appearance on the BBC’s Newsnight programme which has left his reputation in tatters.

The Duke of York came into the spotlight a little more when his friend, convicted sex offender Jeffrey Epstein, killed himself in prison in August. Afterwards, new footage appeared, showing Andrew in the paedophile’s Manhattan mansion in 2010, after Epstein’s release from prison. Legal documents emerged accusing Andrew of touching a young women’s breast at Epstein’s house.

Things only grew worse. Allegations continued from American woman Virginia Giuffre that she had been forced to have sex with him when aged 17 as part of a trafficking ring run by Epstein.

The duke finally moved to clear the air with a BBC Newsnight interview, but it went horribly for him. He was heatedly criticised for showing a lack of empathy towards Epstein’s victims, an absence of remorse over his friendship with him, and for denying Ms Giuffre’s recollection that he was very sweaty, owing to a medical condition meaning he could not perspire.

His attempt to explain his relationship with convicted sex offender Jeffrey Epstein backfired and he was heavily criticised for showing a lack of empathy towards Epstein’s victims and little remorse over his friendship with the disgraced financier.

In an interview in which he was less than convincing, the duke denied claims he slept with Virginia Giuffre, one of Epstein’s victims, on three separate occasions.

The fall-out was intense. As entities including BT, Barclays and many other institutions in various countries cut ties with Andrew’s charity work, the duke eventually announced he was quitting royal duties, ostensibly retiring at the age of 59. Lawyers for Epstein’s alleged victims called on the duke to give a formal statement to the American authorities.

Still more damaging headlines followed Ms Giuffre’s first UK television interview in December, when she said she had felt “horrified and ashamed” after one alleged sexual encounter with Andrew.

And as Andrew retreated from the spotlight, questions lingered as to whether he would be questioned by the FBI in America, as one of the biggest scandals in royal history refused to go away.

In the media spotlight- The Duke and Duchess of Sussex

Concerns have been voiced by royal watchers about Harry and Meghan who have based themselves in Canada during an extended festive break with baby son Archie.

The couple missed the Queen’s pre-Christmas lunch at Buckingham Palace and will not be present for the traditional royal family gathering at the monarch’s private Sandringham estate on Christmas Day.

Despite the feelgood factor of the May arrival of Meghan and Harry’s boy Archie, some controversy followed in June. It was revealed the couple’s residence, Frogmore Cottage, was renovated with £2.4 million of taxpayers’ money. Meghan and Harry also formally split from their joint charity with William and Kate to set up their own foundation, as rumours flared the two young couples were not getting on.

The decision to leave the UK comes after the duke and duchess appeared in a documentary with Harry saying he and his brother the Duke of Cambridge were now “on different paths” and have “good days” and “bad days” in their relationship.

While Meghan described the past year as a member of the royal family as “hard” and said she tried to cope with the pressures of her new life by putting on a “stiff upper lip”, but she was not prepared for the intensity of tabloid newspaper interest.

Just as she was growing more used to the spotlight, she and Harry were criticised for taking four flights in 11 days, despite championing the environment.

The couple’s September tour of Africa then ended on a sour note when the duchess launched legal action against the Mail on Sunday’s newspaper group over allegations it unlawfully published a letter she wrote to her father. Harry accused the tabloid press of a “ruthless campaign” against his wife.

Brexit – lying to the Queen and years of uncertainty ahead

Even the Queen was caught up in a controversy this year when a court ruled Boris Johnson’s advice to her to prorogue Parliament for five weeks was unlawful and it appeared that among his many lies, Johnson had lied to the monarch.

Brexit was the over-riding national issue of the year and resulted in rancorous debates in the Commons, where Boris Johnson sacked MPs until he was in a minority government,  and ultimately led to a snap general election demanded by Johnson when MPs were set to scrutinise his Withdrawal Agreement Deal. The Liberal Democrats and SNP gave into his demand, leaving Labour no choice but to fight an election, which was a historic defeat for the party in December.

The uncertainty of when and how Britain will leave the EU has affected people and businesses in the UK as well as investment from businesses abroad. Tesla decided to move plans to build its electric cars to another European country, for example, and with Johnson refusing to rule out ending a one-year transition period with no Brexit Deal and the UK facing the massive tariffs and trade disadvantages of WTO terms, years of Brexit upheaval lie ahead.

“For the seventy-fifth anniversary of that decisive battle, in a true spirit of reconciliation, those who had formerly been sworn enemies came together in friendly commemorations either side of the Channel, putting past differences behind them…” the Queen will say in her message.

She will add: “By being willing to put past differences behind us and move forward together, we honour the freedom and democracy once won for us at so great a cost.”

The Queen’s message, produced by the BBC, was recorded in Windsor Castle’s green drawing room after the general election but before Philip was admitted to a private London hospital for treatment for his undisclosed condition.

The Queen is filmed sitting at a desk featuring photographs of her family with a large Christmas tree in the background.

One picture shows the Duke and Duchess of Cambridge and their children – Prince George, Princess Charlotte and Prince Louis – perched on and around a motorbike and side car – an image used for the couple’s Christmas card.

There is also a black and white image of the Queen’s father King George VI sending a message of hope and reassurance to the British people in 1944.

The Queen is wearing a royal blue cashmere dress by Angela Kelly, first worn during the 2013 Trooping the Colour ceremony, and the sapphire and diamond Prince Albert brooch, a present from Albert to Queen Victoria on the eve of their wedding in 1840.