"I moved to England because of its tolerance and open-mindedness. So when I started to see the posters on the windows, when I started to hear Nigel Farage demonising the foreigners, the hatred and racism that was now in plain sight, I started to feel uncomfortable." 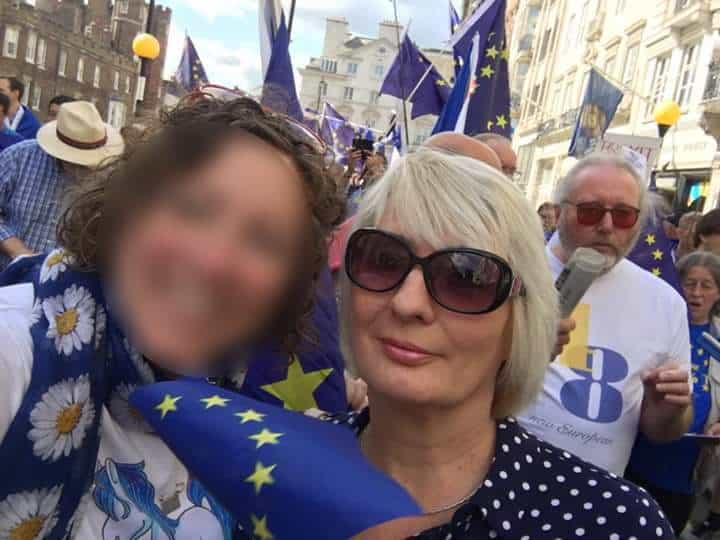 A French woman experiencing grief and stress caused by Brexit has become “very sick” and unable to adapt back in France after she left the UK.

Murielle Stentzel, who lived in the UK for almost a decade, left the country in 2018 because of Brexit.

The 60-year-old woman worked as a translator for a company subcontracting an electronics giant. She made the difficult decision to leave her daughter and granddaughter behind and move to La Rochelle in southwestern France.

She moved to Kent after getting “fed up with the French mentality” and because she “admired England because of its tolerance and open-mindedness”. It was these qualities she admired that made her not worry too much when David Cameron announced the referendum.

“And then, obviously, very frustrated that we could not vote on something that could potentially have a huge impact on us, EU citizens.

“I will never forget 24 June, because I woke up , turned on my phone, saw the results and I cried. I couldn’t believe that this country I loved so much had voted out of the EU and I realised immediately that my life was about to change drastically.”

Soon after, the European company she worked for decided to quit Britain for good, noticing xenophobia and nationalism, Stentzel recalled.

Stentzel was sending 30 job applications out every week and could not get a single interview. When on occasion she obtained one, she recalled being asked to prove her right to stay in the UK, which was illegal at the time since the UK was still in the EU.

She also remembers being asked by the DWP to pass a residency test, despite her insistence that he had been living in the UK for seven years, never left the country, even briefly, and that the government should have all per payslips to prove this.

“The advisor told me, ‘it’s gonna be more and more difficult for you, we have to follow orders’,” she said.

She added: “Then, I received a letter from the DWP saying I lost the right to reside in the UK , therefore I should start to make plans to return to my country. Of course, this letter was illegal, and with the help of my MP, we replied and they apologised.

Then, one day, Stentzel was on a Kent bus from Folkestone to Canterbury and she was about to experience her first xenophobic abuse.

“It was freezing in the bus, and as the windows were opened, I kindly asked a guy if he could shut the windows. Noticing my strong French accent, he told me: ‘you know what, b*tch, if you are not happy, return to frogland’.

“I was taken aback by the verbal violence against me, but what hurt me more is that the bus was packed and no one told him that he couldn’t talk to me like this.”

On another occasion, she was in Canterbury talking on the phone with her daughter in English and, noticing her French accent, a few youngsters spat on her and shouted abuse.

“That was the moment where I took my decision to leave this country, before I [could have] started to despise it, because I never wanted to tar everybody with the same brush. I still have wonderful friends in the UK.”

Since she left in 2018, a lot of EU citizens followed suit in a Brexodus which Stentzel thinks is making the UK poorer.

‘I still grieve’ – and this is my life in France now

“As for me,” she said, “I still grieve and will never cease to be sad, because England was my country, the one I chose, the one I loved with all my heart. I didn’t choose to be born in France, but I did choose England as my home. Leaving was the hardest decision of my life, but staying wasn’t an option anymore.”

Since her return to la Rochelle in France in 2018, she feels she cannot adapt because she doesn’t “share the French mentality”.

The grief and stress made her very sick and she feels unable to work full-time, instead continuing her translation work on a freelance basis.

Was it the right decision to leave Kent?

“At the time, it was the only decision I could see as I was depressed, without a job, and was aware that finding one would be very difficult in Kent. If Brexit were to be cancelled, I would be back, in a heartbeat,” Stentzel admits.

Whilst in France, she has often felt people do not believe her when she talks about Brexit or think she is exaggerating because they lack the first-hand knowledge and experience of what exiting the EU means for the lives of people like her.

Despite not feeling understood, she is still fighting. “I will never stop to talk about Brexit, especially at a time where in France, a few far-right politicians want Frexit, saying that Brexit is a great thing for the UK,” Stentzel concluded.