From the newsletter: Big businesses are cutting sick pay for unvaccinated workers. That isn't good news. 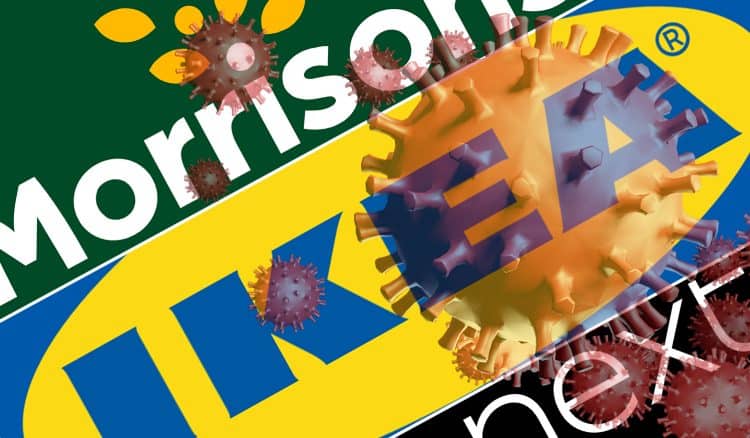 Good morning. The end of the pandemic in Britain is in sight, according to the World Health Organisation’s Covid chief. David Nabarro said the country could see “light at the end of the tunnel”, after cases fell by more than a third in a week. While there may be further bumps in the road, it is not unreasonable to hope we are witnessing the end of Covid as a public health emergency.

Yet a number of big businesses apparently don’t see it that way. Last week, Next became one of the first large British retailers to slash sick pay for unvaccinated staff who have to isolate after coming into contact with someone who has Covid. That followed a similar move by Ikea, whose UK-based workers will now only be eligible for a miserly statutory sick pay rate of £96.35 a week during their isolation period. By contrast, an average store worker at Ikea earns weekly pay of more than £400 before tax. Morrisons announced in September that it was cutting sick pay during self-isolation for unvaccinated workers, while Tesco will limit the amount of paid sick leave that unjabbed staff can take while self-isolating.

It is undoubtedly a thorny issue. But it would be wrong to see these sorts of decisions as being taken from a position of great principle and concern about public health. When it announced its plans last year, the chief executive of Morrisons admitted the supermarket was slashing sick pay because of the “biblical costs of managing Covid”. Ikea, meanwhile, first announced it would cut sick pay in October 2020 – well before vaccines were available.

In the past few years, we’ve become grimly accustomed to the implementation of coercive measures in the name of public health. Risk, varied as it has been since that first national lockdown, has justified much of the intrusion. Yet the steps taken by a growing number of businesses – and, indeed, some states – represent a worrying sea-change. An employer feeling empowered to take money from its workers’ pockets because of decisions they have made about their wellbeing and lifestyle, no matter how misguided that decision may be, isn’t an example of corporate public health consciousness – it’s exploitation.

That some are emboldened enough to take such assertive steps even as Covid recedes as an acute threat suggests that this isn’t some time-limited, ‘whatever it takes’ emergency measure – it’s a trend that’s here to stay. It also shows that we as a society haven’t really figured out how to treat those people who are eligible to receive a vaccine but haven’t done so, while the solutions that have been formulated reveal a worrying impulse towards overreach. Since last month, the Singaporean government has been forcing Covid patients who have chosen not to be vaccinated to pay the full cost of their own treatment. Some in the UK favour a similar approach.

Not only would such a gambit represent something of a failure on the part of the state to persuade a chunk of its citizens that getting vaccinated is in their best interests, it verges on immorality. A great number of us will end up requiring care because of bad decisions – drinking too much, not exercising enough, eating badly, driving erratically. Should we shoulder the cost of care because we were misguided? Such ideas – and the more concrete steps taken by businesses in recent weeks – indicate that what constitutes a ‘good’ or ‘bad’ choice is becoming increasingly prescriptive. The guise of public health – such as it is, two years into the pandemic – should not give authorities carte blanche to determine what is or is not a ‘legitimate’ lifestyle. And it should concern everyone that so many think it should.