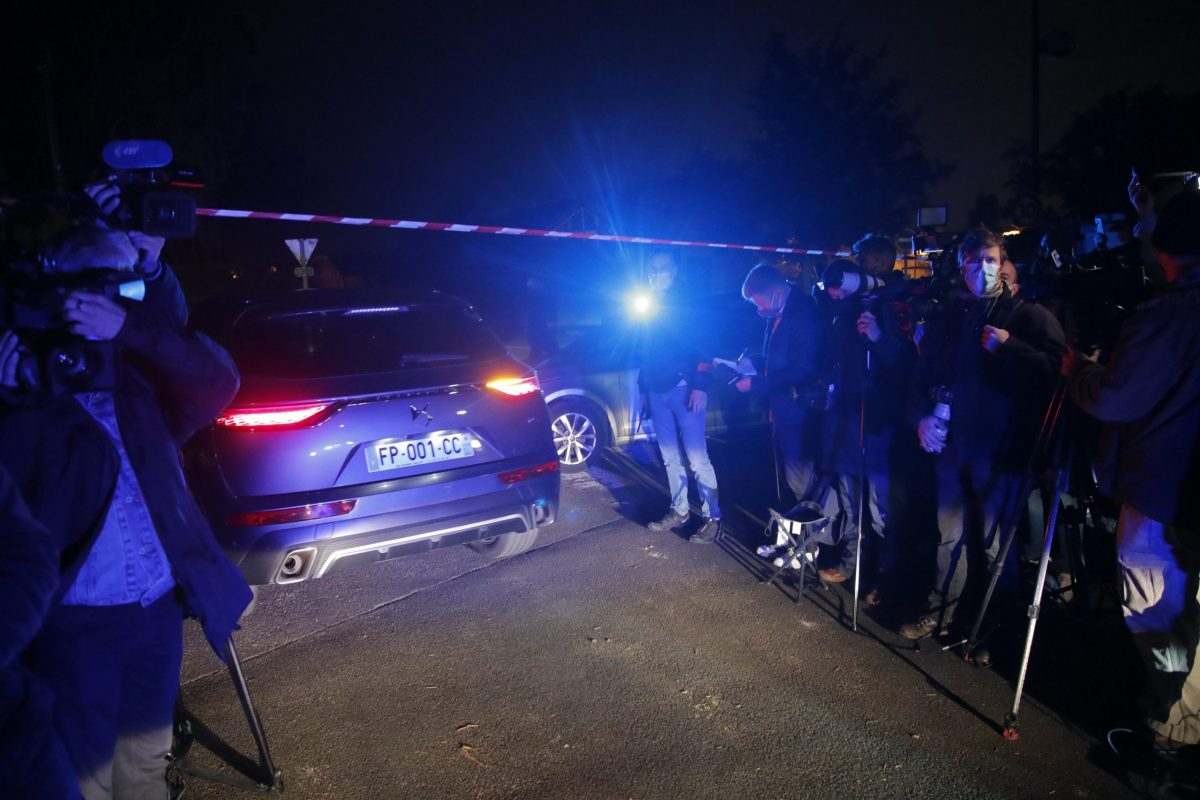 France has suffered an “Islamist terrorist attack”, President Emmanuel Macron said, after the beheading of a teacher in a suburb of Paris.

“They won’t win. We will act,” Macron said from the scene. He added that the unnamed teacher had been murdered because he “taught freedom of expression”.

The knife-wielding attacker was shot by officers as they tried to arrest him in the aftermath of the attack, yesterday afternoon.

Police have not released any details about him, but French media is reporting that he was an 19-year-old man of Chechen origin, born in Moscow.

It is just three weeks since a man attacked and wounded two people outside the former offices of French satirical magazine Charlie Hebdo. A trial is currently underway in Paris over the 2015 Islamist attack there.

The man, wielding a large knife, attacked the teacher in a street in the town of Conflans-Sainte-Honorine, cutting off his head.

A police source told Reuters that witnesses had heard the attacker shout “Allahu Akbar” – “God is Greatest”. He then ran off, but local police were quickly at the scene – and confronted him.

After he threatened officers while they were trying to arrest him, he was shot. Nine people, including a minor, have since been arrested – including relatives of the attacker and a parent at the school where the teacher worked.

Le Monde said that the victim was a teacher of history, and had been talking in class about freedom of expression in connection with the Muhammad cartoons – which caused uproar among some Muslims when they were published in Charlie Hebdo.

The teacher reportedly advised Muslim students to leave the room if they thought they might be offended. Muslim parents had previously complained to the school about the use of the cartoons.

“According to my son, he was super nice, super friendly, super kind,” a parent from the school, Nordine Chaouadi, told the AFP news agency.

Reacting to the attack, Charlie Hebdo tweeted: “Intolerance just reached a new threshold and seems to stop at nothing to impose terror in our country.”