"We will fight these criminal charges vigorously on behalf of our clients." 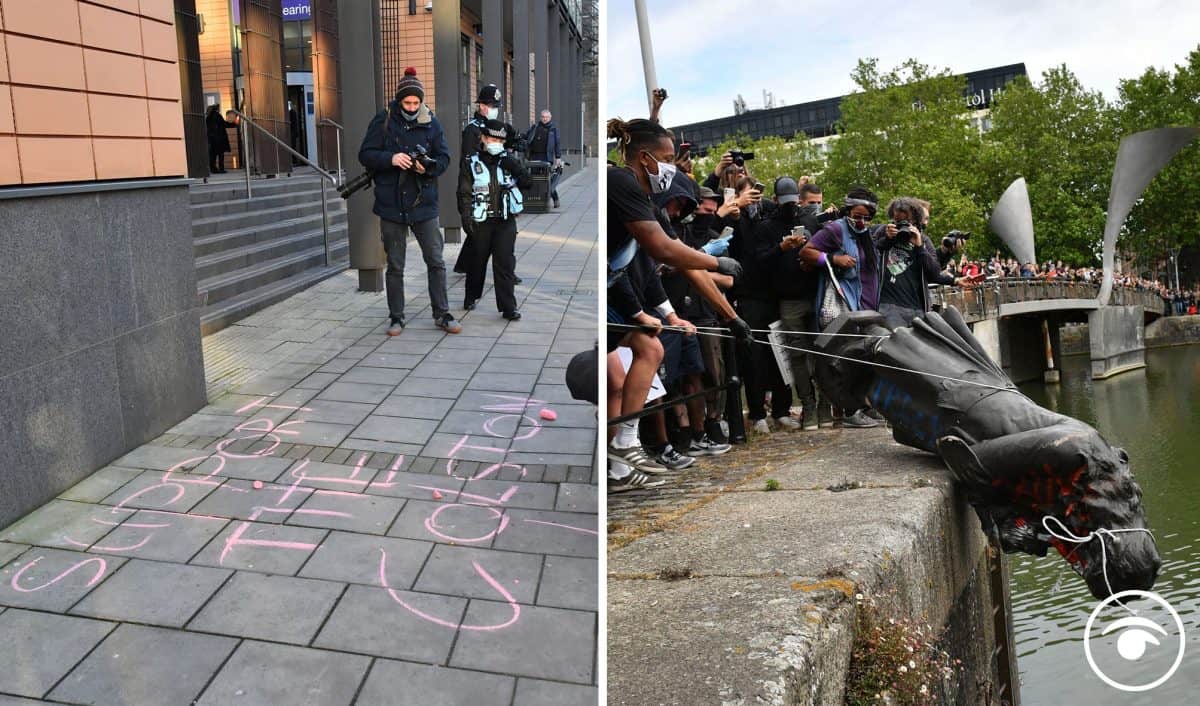 Four people have denied committing criminal damage in relation to the toppling of a statue of slave trader Edward Colston in Bristol.

They have now elected to have their case heard at a crown court.

The bronze memorial to the 17th century slave merchant was pulled down during a Black Lives Matter protest on June 7 last year, before being dumped in Bristol Harbour.

It was later recovered from the water by Bristol City Council.

Charges allege that the four defendants “with each other and others unknown without lawful excuse” damaged property, namely the Edward Colston statue and plinth of a value unknown, belonging to the council.

The defendants each pleaded not guilty to the charge against each of them and elected for the case to be sent to Bristol Crown Court.

District Judge Lynne Matthews told them: “At your request, I now send the case to the crown court at Bristol.

“Your first hearing will be February 8.

“You will be given unconditional bail until that date.”

Graham is of Colston Road, Bristol, Ponsford is of Bishopstoke, Hampshire, Skuse is of Farley Close, Bristol and Willoughby is of Gloucester Road, Bristol.

Ahead of the hearing, Avon and Somerset Police warned anyone planning to attend the court to protest against the case would be breaking the law.

There was a large police presence outside the court and a small number of arrests were made.

Police did not make any arrests when the statue was toppled but later launched an investigation and, in December, the Crown Prosecution Service said it had authorised charges against the four.

Raj Chada, head of criminal defence at the firm, and Laura O’Brien, associate, said: “We will fight these criminal charges vigorously on behalf of our clients.

“We are committed to defending them and their right to a fair trial in this important case. We ask that their privacy is respected.”