Former Greece finance minister Yanis Varoufakis used the madness and conflict of Shakespeare’s characters to demonstrate how we can humanise economics in a powerful speech delivered at the Rose Theatre. The leading economist highlighted the seminal influence Shakespeare has had on his thinking as he took centre stage following an invitation from Kingston University. A committed […] 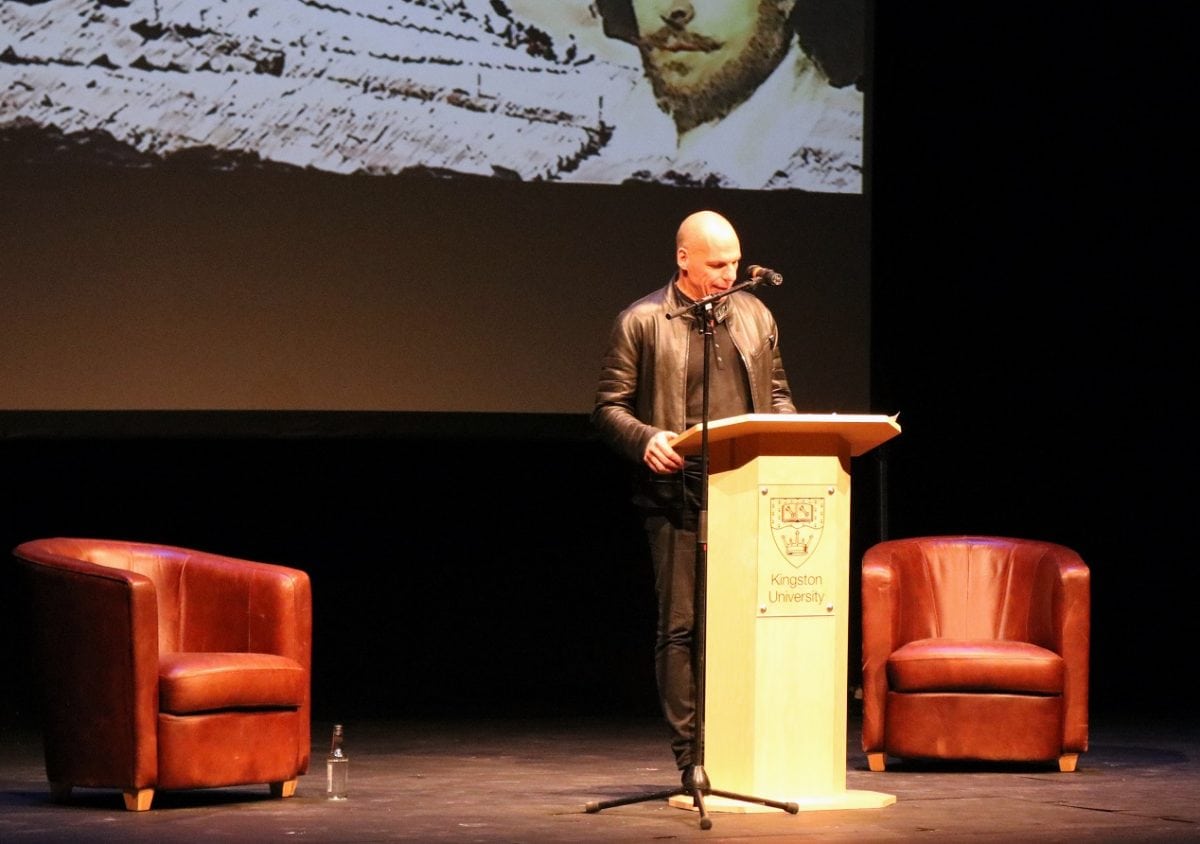 Former Greece finance minister Yanis Varoufakis used the madness and conflict of Shakespeare’s characters to demonstrate how we can humanise economics in a powerful speech delivered at the Rose Theatre.

The leading economist highlighted the seminal influence Shakespeare has had on his thinking as he took centre stage following an invitation from Kingston University.

A committed Europeanist but outspoken critic of the European Union, Varoufakis explored how the complexities and contradictions of the Bard’s characters have shaped his own take on economics as he delivered the sixth annual lecture for Kingston Shakespeare Seminar, a partnership between the University and the Rose.

“To a very large extent my own understanding of economics has been influenced by the inability of economists to capture what matters in human nature,” Varoufakis said.

“The language and mindset of economists is so dry. Every individual is depicted as an automaton, robot-like and lacking in emotion. And then you turn to Shakespeare – and every single character is like a republic of madness and conflict.” 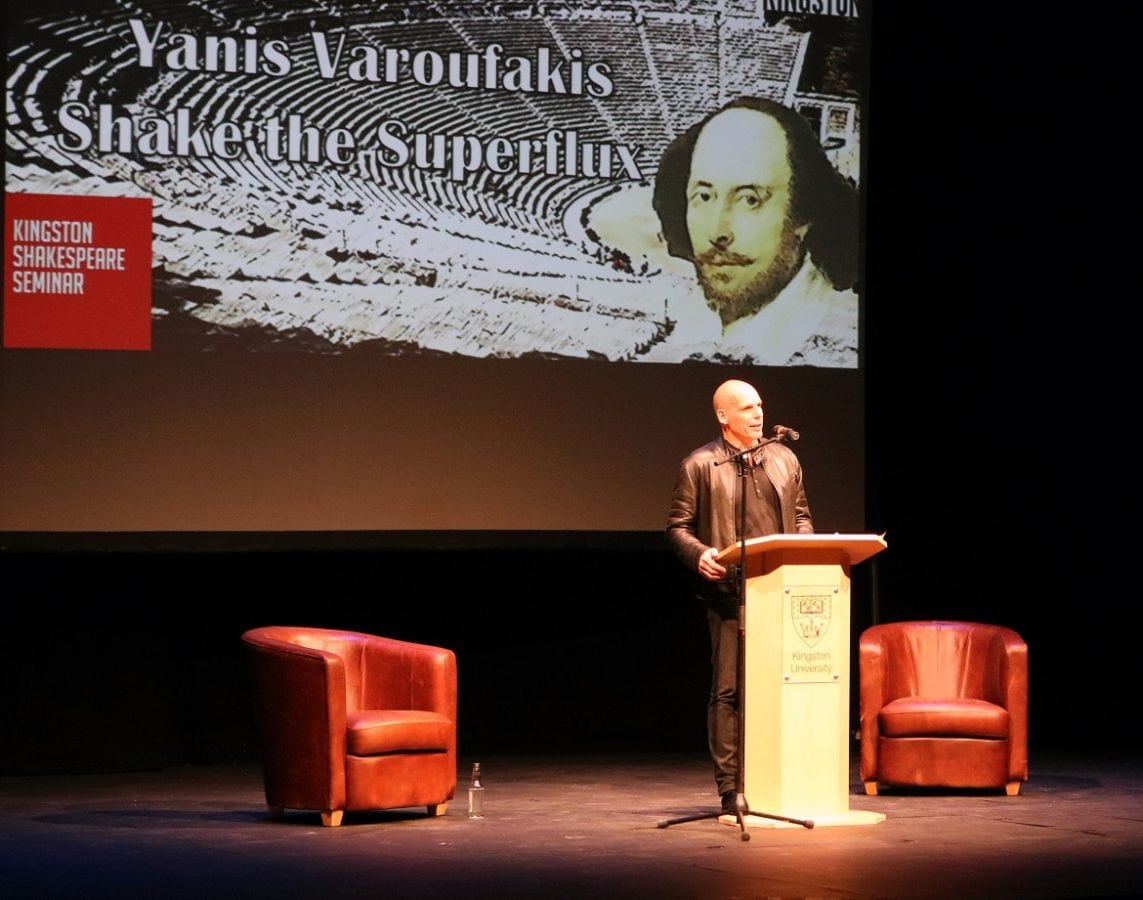 Varoufakis served as Minister of Finance in the Greek government from January to July 2015, at the height of the country’s economic crisis. Famous for his negotiations with the European Union and the International Monetary Fund during bailout talks, he described what unfolded in Greece as a Shakespearean tragedy. Having failed to secure what he felt was a fair deal for his country, he fell on his sword, resigning from the government the morning after a national referendum supported his position but was ultimately ignored as the Greek Government accepted the bailout.

Speaking to a sold-out audience at the Rose Theatre, Varoufakis explained how the Bard’s work had much to teach us about politics on the international stage.

“Shakespeare’s plays shine a brilliant light on the established powers’ desperate attempts to avoid ethical accountability. They insist that ethics is for wimps, the strong do as they will and the weak suffer as they must.”

A mathematically trained economist and thinker with a deep appreciation of arts and culture, Varoufakis peppers references to the works of Shakespeare throughout his writing and speeches. He reported that observing the European Union was like watching Othello, compared German Chancellor Angela Merkel to Macbeth and enlivens his writing with Shakespearean quotations like King Lear’s cry to ‘shake the superflux’ of wealth – the title of his lecture at the Rose Theatre. Speaking ahead of the event, he hinted at the strong influence the artistic world has had on him throughout his life.

“Yet training as an economist I felt I was straddling two worlds – my career was in economics, but my heart was with the Shakespearean depiction of humanity. I became fascinated by this juxtaposition – on the one hand the simpletons inhabiting the works of formative economic thinkers such as Adam Smith and on the other the extremely complex model of men and women in Shakespeare.” 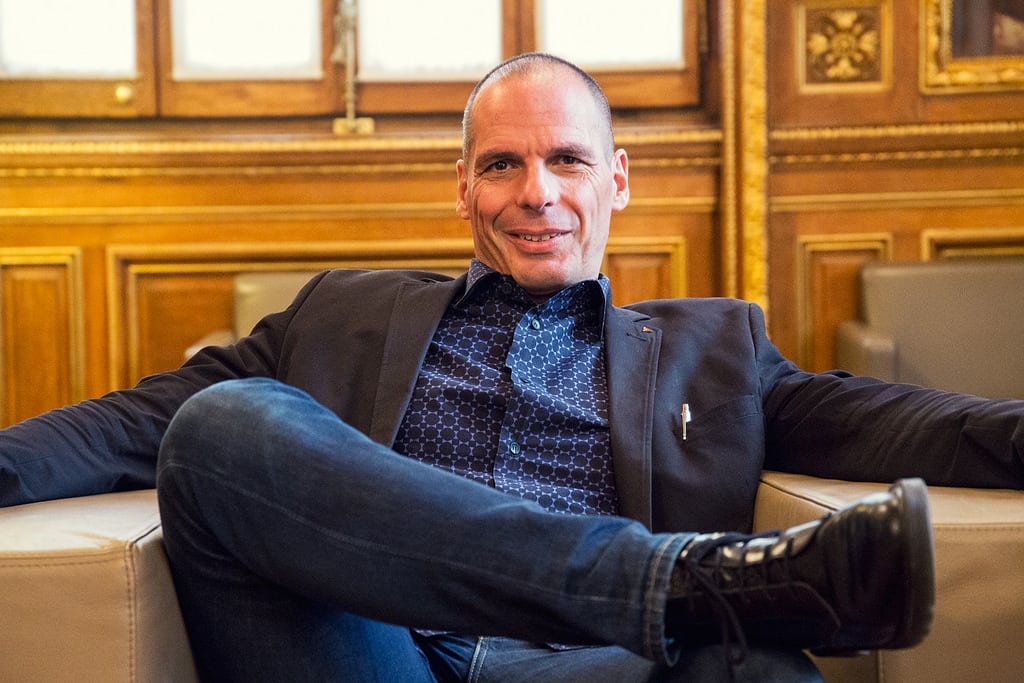 Born in Athens in 1961, Varoufakis moved to England at 17 to study economics. After arriving in the country he bought himself a copy of the complete works of William Shakespeare to improve his English and began to enjoy trips to see the Royal Shakepeare Company. During this time he became a fan of the work of Sir Peter Hall – former director of the RSC and founding director of Kingston’s Rose Theatre.

Kingston University’s Peter Hall Professor of Shakespeare Studies Richard Wilson said it was this connection that persuaded Varoufakis to deliver the institution’s annual Shakespeare lecture at the Rose.

“Peter Hall was one of the world’s greatest directors. He believed in the concept of bringing the arts to the people – something that very much chimes with the way Yanis works,” Professor Wilson said. “Yanis has a popstar following and is very charismatic – he brings economics and politics to new audiences. He’s also an example to young people of how ideas can shape the world – a true model of what a public intellectual should be.”

With a note of self-deprecation, Varoufakis said he did warn Professor Wilson that he was perhaps not the most qualified person to deliver a lecture on Shakespeare.

“Richard assured me that was what he wanted – somebody who is not a Shakespeare scholar to come and explain how the Bard’s work has affected his thinking. Well, the blame is entirely on Richard for the result – but it is such a splendid invitation, I couldn’t possibly refuse.”