It is the first known object to pass through solar system from outside, but experts have failed to explain where the object named 'Oumuamua' came from. 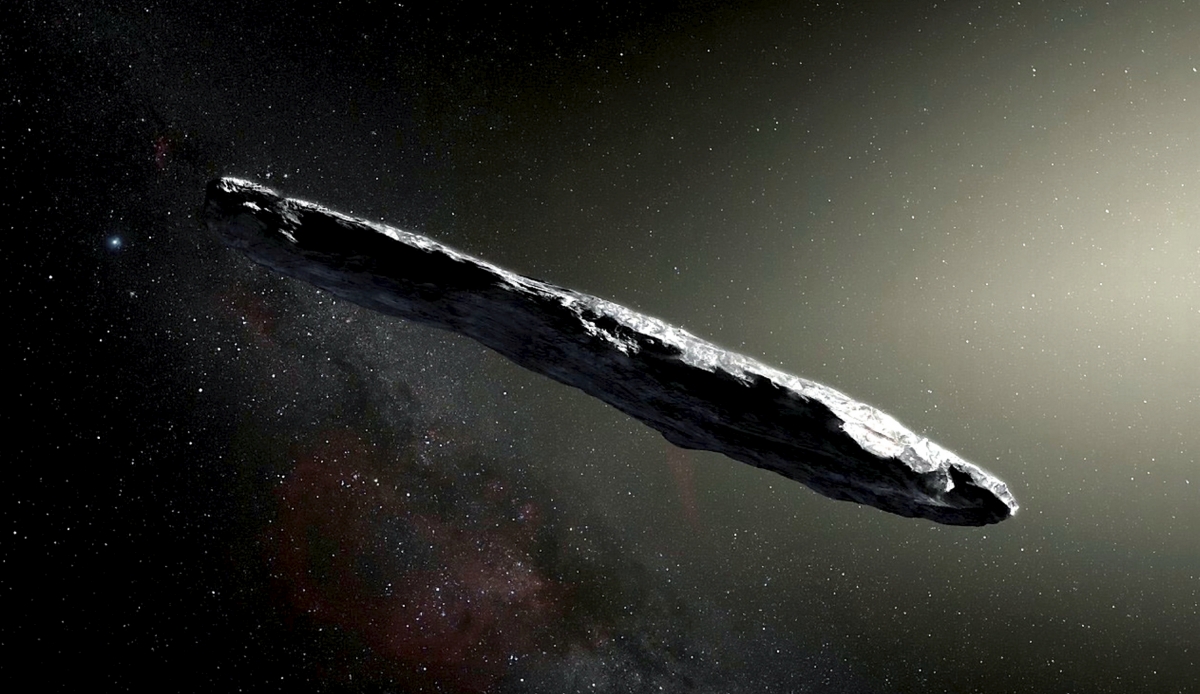 The first interstellar object to enter the solar system is not an alien spaceship but is still ‘weird’ and remains a mystery, astronomers said in a new study.

It is the first known object to pass through solar system from outside, but experts have failed to explain where the object, called ‘Oumuamua’ came from.

The mysterious cigar-shaped projectile – formally named the object 1I/2017 U1 – defies description with characteristics resembling both a comet and an asteroid.

Oumuamua, Hawaiian for Scout’ , spins like a coke bottle and accelerates like a comet, but without the gas jets often seen trailing them.

Its movements have puzzled experts leading some to sugges it is an alien spacecraft sent to examine our solar system.

The study’s co-author, Dr Matthew Knight, an associate research scientist in the University of Maryland Department of Astronomy, said: “The alien spacecraft hypothesis is a fun idea, but our analysis suggests there is a whole host of natural phenomena that could explain it.

“We have never seen anything like Oumuamua in our solar system. It’s really a mystery still.

“But our preference is to stick with analogues we know, unless or until we find something unique.”

Researchers had just weeks to collect as much data as possible before the strange visitor travelled beyond the reach of Earth’s telescopes.

The object is now out of sight but could take up to 20,000 years before it leaves our solar system onto its next destination.

Dr Knight worked with astronomer Dr Alan Fitzsimmons from Queen’s University Belfast and 14 experts from the US and Europe.

They analysed data from the Discovery Channel Telescope (DCT) at the Lowell Observatory in Arizona from their base at the International Space Science Institute in Bern, Switzerland.

Dr Knight added: “We tend to assume that the physical processes we observe here, close to home, are universal.

“And we haven’t yet seen anything like Oumuamua in our solar system. This thing is weird and admittedly hard to explain, but that doesn’t exclude other natural phenomena that could explain it.”

Scientists think it could have entered our solar system after being ejected by a gas giant planet orbiting another star.

And researchers said Jupiter may have created some of its own interstellar travellers by sneaking some of its icy objects through the sun’s gravity field and into foreign solar systems.

They suspect Oumuamua could be the first of many visitors from distant solar systems.

They are awaiting fresh data from the Large Synoptic Survey Telescope (LSST) in 2022 which could reveal more.

Dr Knight said: “In the next 10 years, we expect to begin seeing more objects like Oumuamua.

“The LSST will be leaps and bounds beyond any other survey we have in terms of capability to find small interstellar visitors.

“We may start seeing a new object every year. That’s when we’ll start to know whether Oumuamua is weird, or common.

“If we find 10-20 of these things and Oumuamua still looks unusual, we’ll have to reexamine our explanations.”

The study was published in The Astrophysical Journal.