Julie Thorpe and Keith Lomax are having a civil partnership ceremony at a register office in Halifax. 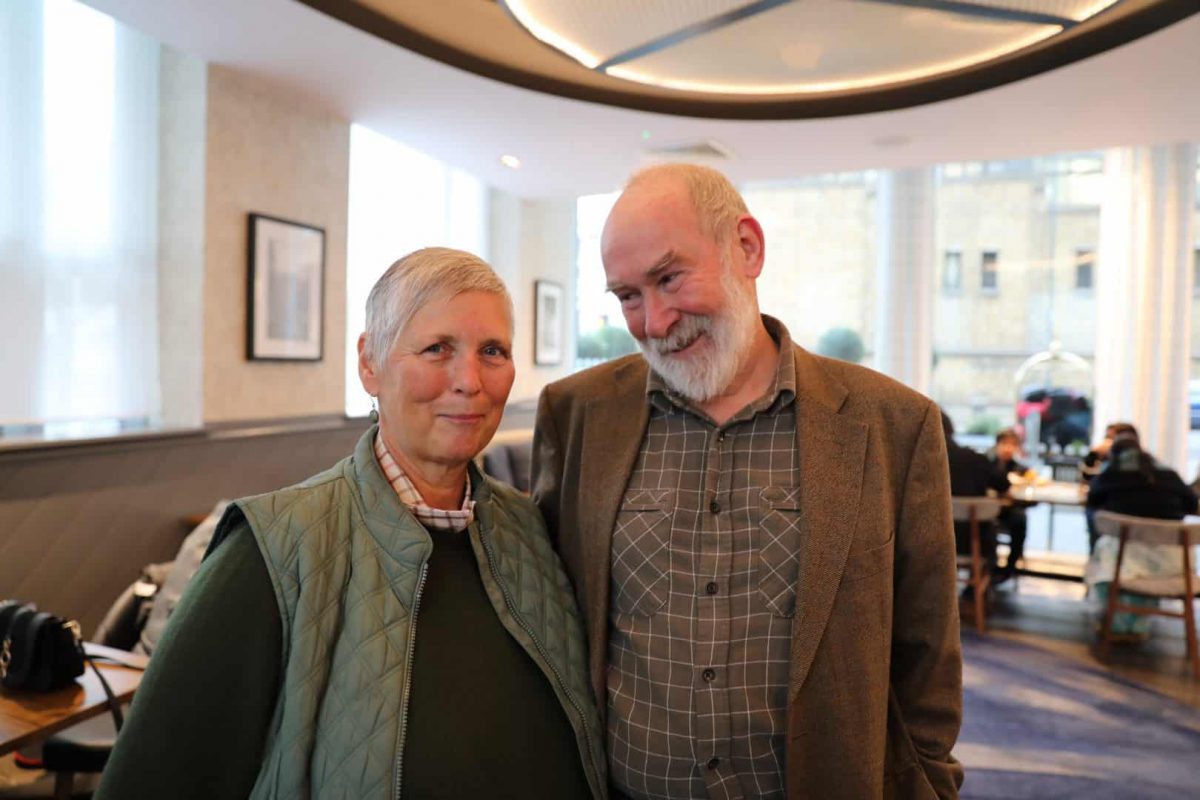 A couple who have been in a relationship for 37 years say they are looking forward to being among the first mixed-sex people to officially have a civil partnership rather than a marriage.

Julie Thorpe, 61, and Keith Lomax, 70, from near Hebden Bridge, West Yorkshire, have been living together for most of their relationship, have three children, and are having a civil partnership ceremony at a register office in Halifax.

Ms Thorpe said: “It won’t change our relationship one jot. It will not make any difference to how we behave towards each other when we get up the next day.

“We have had a very successful relationship for 37 years and a bit of paper is not going to make any difference to that whatsoever. It does give us some legal protection within that relationship.”

Under new government rules, mixed-sex couples in England and Wales will be able to have a civil partnership, giving them similar rights and entitlements as married couples, such as marriage allowance tax relief, exemption from inheritance tax and joint parental responsibility for children born to civil partners.

Ms Thorpe, a project manager, said that having this equality with married couples under the law, in respect of financial and legal affairs, was the tipping point which helped them decide to tie the knot.

Mr Lomax believes their new official status “is not something we are going to think about every day” after the ceremony, but “we are very pleased to be part of the event where lots of couples all across the country will be able to join in civil partnership for the first time”.

Mr Lomax, a human rights lawyer, added: “It is a mutual celebration of all of those and also of the people who actually brought the case to court and changed the law in the first place, because that was a very brave and bold thing to do at considerable financial risk.”

The changes come after heterosexual couple Rebecca Steinfeld and Charles Keidan won their legal bid at the Supreme Court in 2018 for the right to have a civil partnership instead of a marriage.

Rules were changed to extend civil partnerships – available to same-sex couples since 2005 – to everyone.

Ms Thorpe and Mr Lomax also see their ceremony as a chance to support equality for women.

The couple, who first met when they were journalists on a community newspaper in Leeds, had made a deliberate decision not to get married, because they saw it as traditionally being rooted in patriarchy and religion.

But the new changes mean they can have a “meaningful legal relationship in terms of a civil partnership”.

Ms Thorpe added: “If you are just living together, you are not automatically treated as being man and wife.

“There is no such thing as common-law marriage, where you are considered to be married, so things like pensions, tax allowances, being someone’s next-of-kin if you need powers of attorney.

“You do not have any rights as an unmarried couple, but a civil partnership option now has those legal rights without having to compromise our fairly strongly-held views about marriage.”

Mr Lomax added: “It means as much to me as it does to her.

“As a man, I think it is absolutely crucial that we stand up against this long-standing domination by men over women’s rights, and we need to do something about it. I am playing my small part in that.”

Their ceremony also coincides with their anniversary, so they also see it as an excuse to have a second New Year’s Eve party.

They said they have not yet made any honeymoon plans, because as they live on the edge of the Pennines, there is no place like home on a crisp winter Yorkshire day.

They are also looking forward to spending time with their loved ones who want to celebrate.