Figures show immigration is at a record high in the UK, but what do the numbers really show? The latest set of immigration statistics showed that 650,000 people came to Britain in the year to June, a record number for a 12-month period. That headline figure earned lots of attention across media outlets – but […] 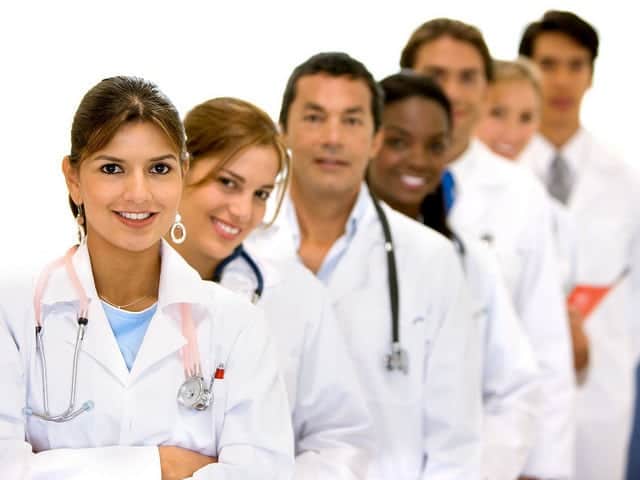 Figures show immigration is at a record high in the UK, but what do the numbers really show?

The latest set of immigration statistics showed that 650,000 people came to Britain in the year to June, a record number for a 12-month period.

That headline figure earned lots of attention across media outlets – but when you inspect the data further, what do the numbers actually show?

The UK immigration numbers broken down

Although 650,000 people came to the UK, net migration – the difference between those coming in and leaving – was actually 335,000 – the third highest figure recorded.

That number holds political significance since the Government has stated its intention to reduce net migration to the ‘tens of thousands’.

The figures also show that more than 182,000 of the people arriving already had work arranged – meaning a large proportion came having lined up a job with an employer with a Tier 2 sponsors licence.

Is this anything to do with Brexit?

With every set of statistics released it’s tempting to try to draw conclusions about the impact of the Brexit vote.

In some respect this should be resisted with these figures as they only cover the period to June – the month of the referendum.

Nicola White, the ONS’s head of international migration statistics, made this point, stating: “Immigration levels are now among the highest estimates recorded; the inflow of EU citizens is also at historically high levels and similar to the inflow of non-EU citizens. These long-term immigration figures run up to the end of June, so it is too early to say what effect, if any, the EU referendum has had on long-term international migration.”

However, some feel that these figures alone show that the vote itself sparked a surge of interest – with people looking to arrive before any change of circumstances.

Arrival of people from Romania

For the first time, the most popular country of origin for people coming into the UK was Romania – overtaking India.

Until 2014, transitional rules restricted the free movement of Romanians but now that these have ended the number of arrivals from this country has risen and last year they accounted for one in ten of the people coming to the UK.

The number of people arriving from other Eastern European countries, such as Poland, is said to have decreased, however.

What next for the figures?

Commenting on the figures, Immigration minister Robert Goodwill re-stated the ambition to reduce the level of immigration in the future.

He said: “The British people have sent a very clear message that they want more control of immigration and we are committed to getting net migration down to sustainable levels in the tens of thousands.

“There is no consent for uncontrolled immigration, which puts pressure on schools, hospitals and public services. That is why reducing the number of migrants coming to the UK will be a key priority of our negotiations to leave the EU.”

The biggest issue going forward is how the Government chooses to change things to bring those numbers down as the UK’s relationship with Europe alters. Whatever happens, it’s likely that immigration lawyers will be busy in the coming years as the existing rules are unpicked and refashioned.