Astley, a Manchester United supporter, was contacted a few weeks ago by blood cancer charity Anthony Nolan and told he was a match. 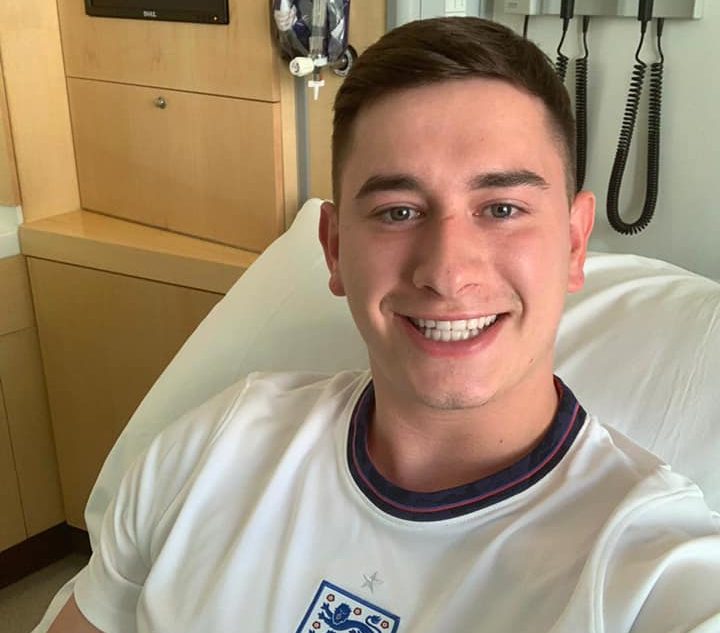 A football fan who skipped the chance to go to England’s Euro 2020 semi-final win because he was donating stem cells is set to be at Wembley for the final after he was offered free tickets.

Sam Astley, a buyer from from Cradley Heath near Birmingham, was given the chance to go to the clash with Denmark on Wednesday night after his girlfriend Beth Hill won two tickets in an online competition.

However, the 24-year-old was scheduled to donate potentially life-saving stem cells and decided to stick to the appointment instead of heading to the game.

Hill told PA: “He was being admitted to hospital yesterday before his procedure this morning.

“He was like ‘I’m not going to go (to the football), there’s no way I’m going to delay the donation, this is a chance of life for someone else’.”

Once his story started to go viral online, a campaign grew on social media to ensure his selflessness was rewarded with tickets to the final.

And on Thursday, tournament sponsor Vivo stepped in, confirming they would give tickets to Mr Astley and Hill so they can see England take on Italy on Sunday in their first major final since 1966.

The company wrote said in a statement: “We saw the coverage on social media earlier today that Sam had missed the chance to attend the England Denmark game after being matched to someone in need via the Anthony Nolan stem cell register, and agreeing to make a life-saving donation to a patient with blood cancer or a blood disorder.

“As an official sponsor of Uefa Euro 2020 we wanted thank him for his selfless lifesaving donation, so have arranged for Sam and his girlfriend to attend the final England v Italy match this Sunday at Wembley as guest of Vivo.

“We hope that both of them enjoy the experience.”

Astley, a Manchester United supporter, was contacted a few weeks ago by blood cancer charity Anthony Nolan and told he was a match.

But he did not even consider going to the match, according to critical care nurse Hill, who said she was “just so proud of” Astley for his actions.

“It’s so selfless,” she told PA. “All he says to me is like ‘you save lives every day at work’ and ‘you do this all the time’ and ‘you’re better than me’.

“I’m like ‘not at all Sam, what you have put yourself through and sacrificed for someone that you don’t even know is just amazing’.

“I’m so proud of him and I can’t wait to get to him on Saturday and actually see him.”

Hill, a West Brom supporter, was also unable to attend Wednesday’s game as she was placed into isolation until Saturday when a colleague tested positive for Covid-19.

In the end, the tickets went to her two brothers, but she and her partner should now be able to attend the final instead.

The offer from Vivo came after supporters online, including Gary Lineker and representatives from blood cancer charities, put out a call for somebody to step in.

Hill said she felt Mr Astley “deserves it so much for everything he’s doing”.

“He is just the loveliest person ever,” she said. “He will do anything for anybody.”

For more details on becoming a stem cell donor, go to anthonynolan.org