Robert Philip Longcake, known as Phil, had been battling with mental health issues. 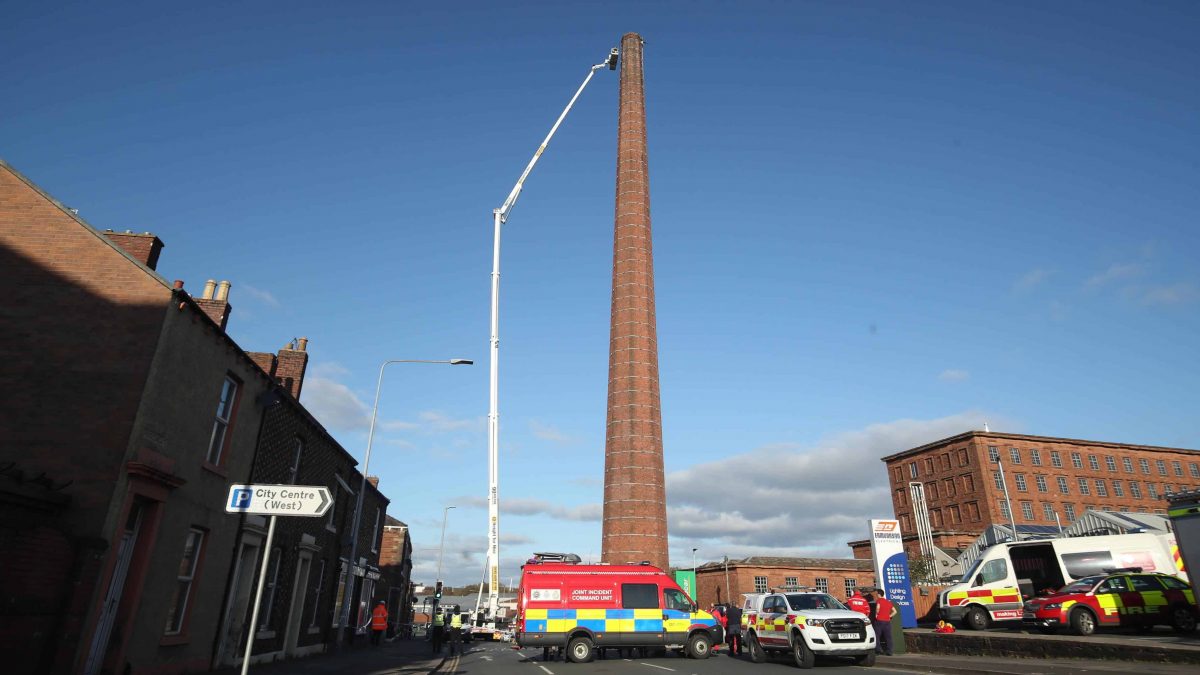 The family of a man who died after becoming trapped at the top of a 270ft chimney have paid tribute to the “strong” and “brave” grandfather.

In a statement, the family of Robert Philip Longcake, known as Phil, said he had been “battling with his mental health”.

Emergency services were called to Dixon’s Chimney in Carlisle, Cumbria at 2.22am on Monday after reports a man was trapped.

A helicopter had been used to try to rescue the man trapped at the top of the chimney but the mission was aborted .

Fire chiefs at Cumbria Fire and Rescue Service had made a public appeal for a cherry-picker, or aerial work platform.

The platform arrived and a specialist working-at-height team from Lancashire Fire and Rescue Service completed the operation.

The giant cherry picker arrived at the scene earlier on Monday and the operation to take Mr Longcake down finished shortly before 5pm.

Roads around the structure, a prominent local landmark which was built in 1836, were closed.

The chimney is around 270 feet tall, is a Grade II listed building and when built was the largest chimney in the country, according to a citation on the Historic England website.

Local reports said shouts and wailing could be heard coming from the chimney in the early hours of Monday morning before police arrived on the scene.

Mr Longcake, aged 53, was pronounced dead at the scene at about 4.45pm after a specialist working-at-height team used ropes and a cherry picker to winch him down.

His family said: “Phil was a strong, brave man who achieved a lot in his short life.

“Sadly, due to recent disclosures he made about historic trauma he suffered, Phil was battling with his mental health, with the love and support of his family and health professionals whilst trying to overcome this.

“He was a keen motorcyclist and would often spend weekends away with his son, Robert.

“He loved fell walking with his dog Ted and was a passionate musician who played the guitar, piano and accordion.

“He also loved to sing, and did his own covers of popular music.

“Phil was a fantastic granddad to his three grandchildren, James, George and William.

“Phil had many wonderful and happy times with his family, and these memories will be treasured by his loved ones.”

The family said he would be much missed by his wife Andrea, children Robert and Laura and other family and friends.

They asked for donations to mental health charity Mind in his memory.