Terrified residents said communal areas are crawling with the poisonous spiders that can be seen dangling their legs out from cracks in the walls and hiding under the stairs. 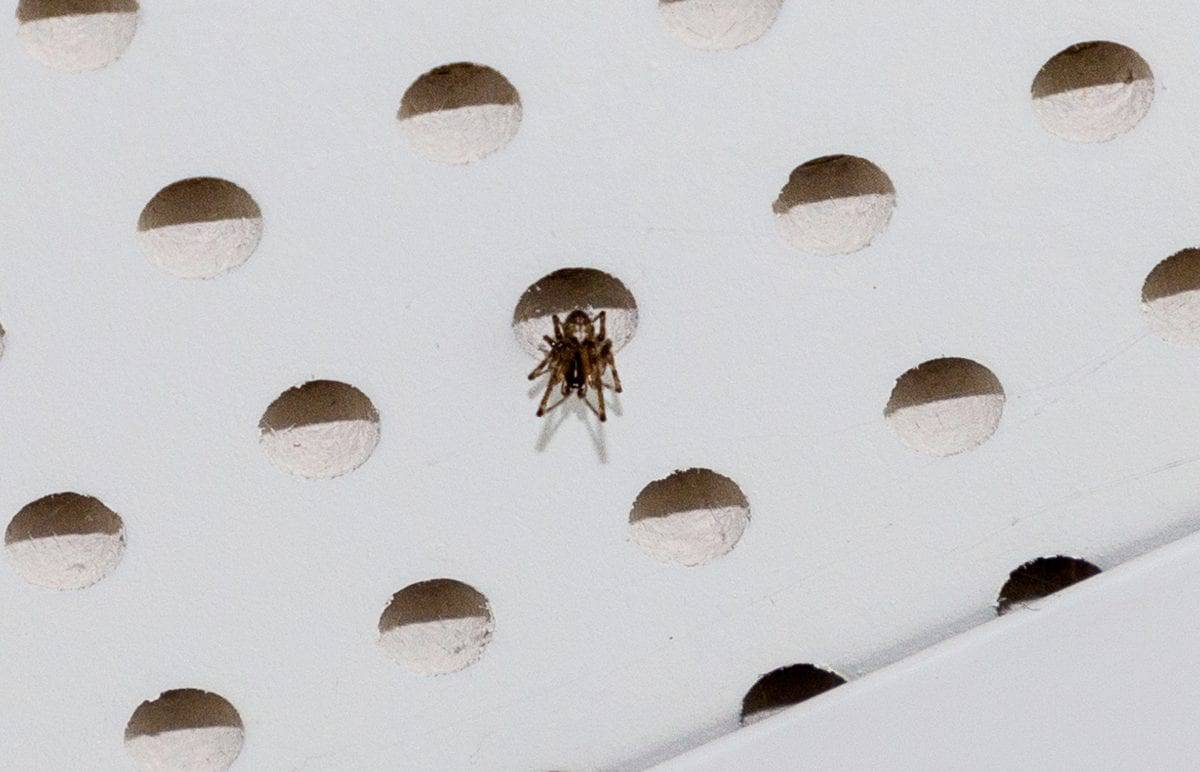 Families are living in fear and fleeing their homes after an entire apartment block became infested with Britain’s deadliest spiders.

Terrified residents said communal areas are crawling with the poisonous spiders that can be seen dangling their legs out from cracks in the walls and hiding under the stairs.

The arachnids – Britain’s most venomous spider – are also invading their homes at Quayside House, in Newham, east London, where schools were forced to close due to earlier infestations in early October.

Mum-of-two Dionne Burrows, who lives on the first floor, first spotted false widows inside her flat a month ago but despite the landlord’s efforts to fumigate her home twice, said the insects still remain.

The 28-year-old was forced to stay in a hotel room, with her nine-year-old son Luke and two-year-old daughter Ava, after she was bitten at her flat and suffered a bad reaction.

The single mum said Luke is so petrified he is staying with his great nan, 83, until the problem is resolved after he found a false widow next to his bed and dead spiders sprawled across his windowsill. 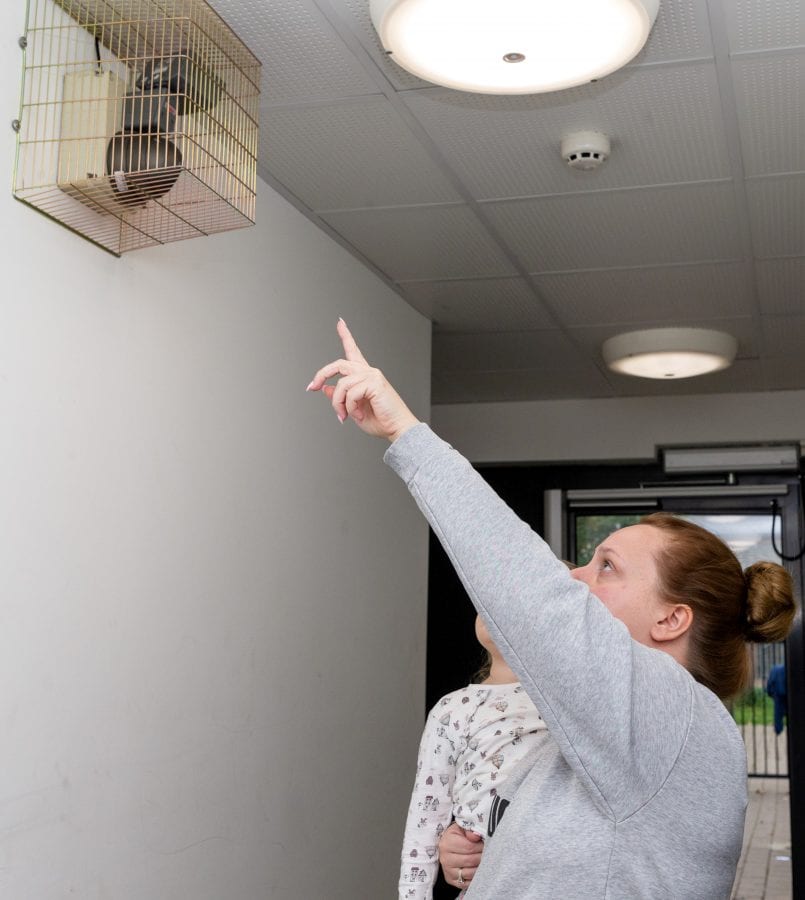 Dionne, from Canning Town, east London, said: “I cannot live like this anymore, I am really scared and my son is terrified.

“I even found one right next to my little boy’s bed.

“The building is riddled with them, it’s ridiculous.

“They are in the corners, all over the walls and crawling across the door frames.

“There are so many damp areas in the building which they apparently like like the water cupboard outside my door which could be full of them.

“I have seen four spiders in my flat and had to call my daughter’s dad to come and get rid of them because I just cannot go near them.”

Dione was first bitten on her thigh and shin two months ago when doctors advised she had suffered a bad reaction to a false widow bite and put her on antibiotics. 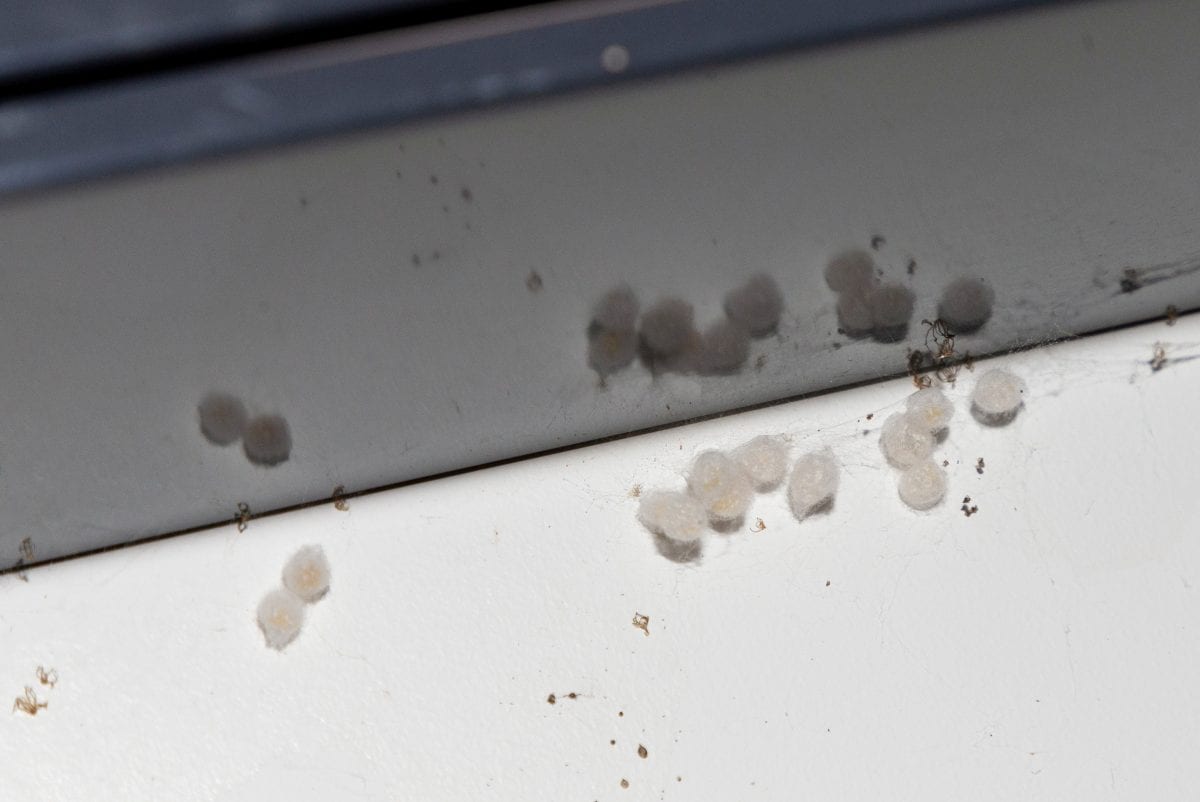 She said: “It was terrible pain and that is what terrifies me with the kids.

“It felt like burning sensation and it was so painful, I couldn’t wear any tight clothing – I had to wear a skirt.

“I was scratching it at first but when it started blistering I went to see the doctor.” 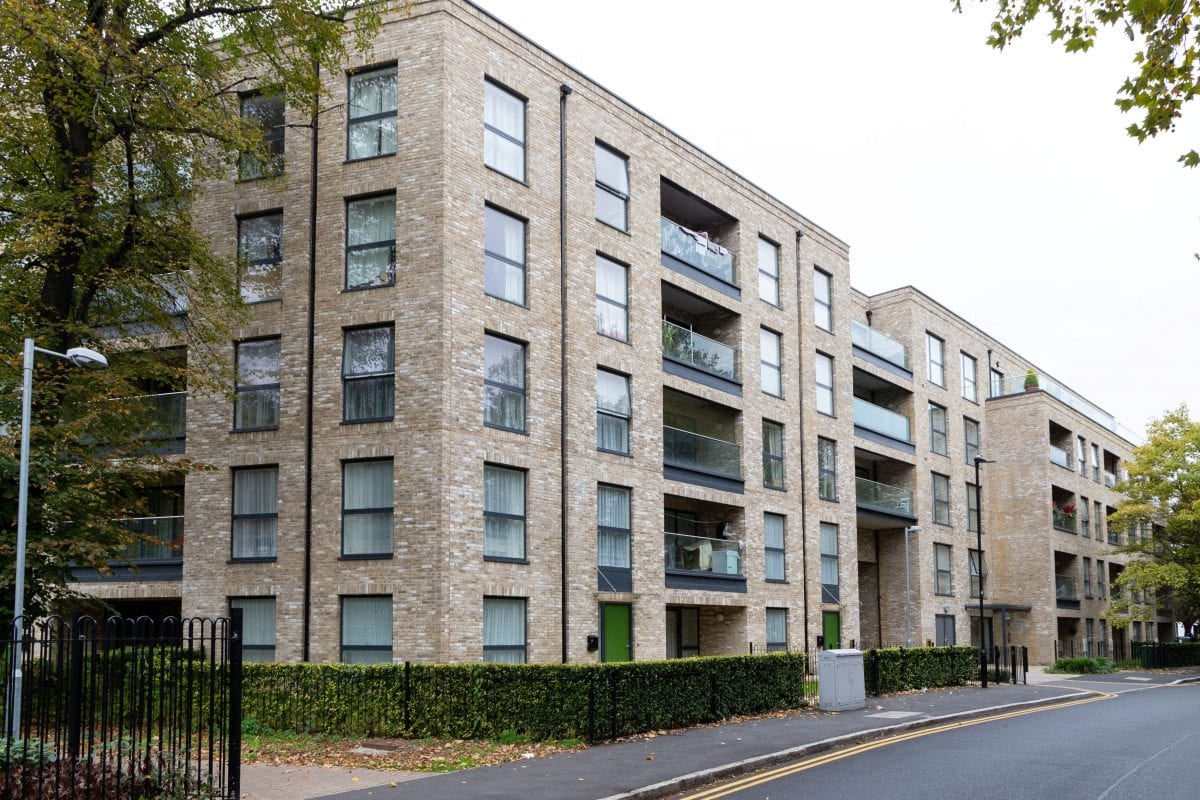 A month after being bitten, Dionne started finding false widows in her kitchen and in her son’s bedroom and urged her landlord to help.

The former childcare worker travelled to the Sanctuary Housing office in Hackney, north London, with her two young children and placed a jar full of false widows on the desk.

But she was told by her landlord that it was not something they were obliged to ‘act on legally.’ 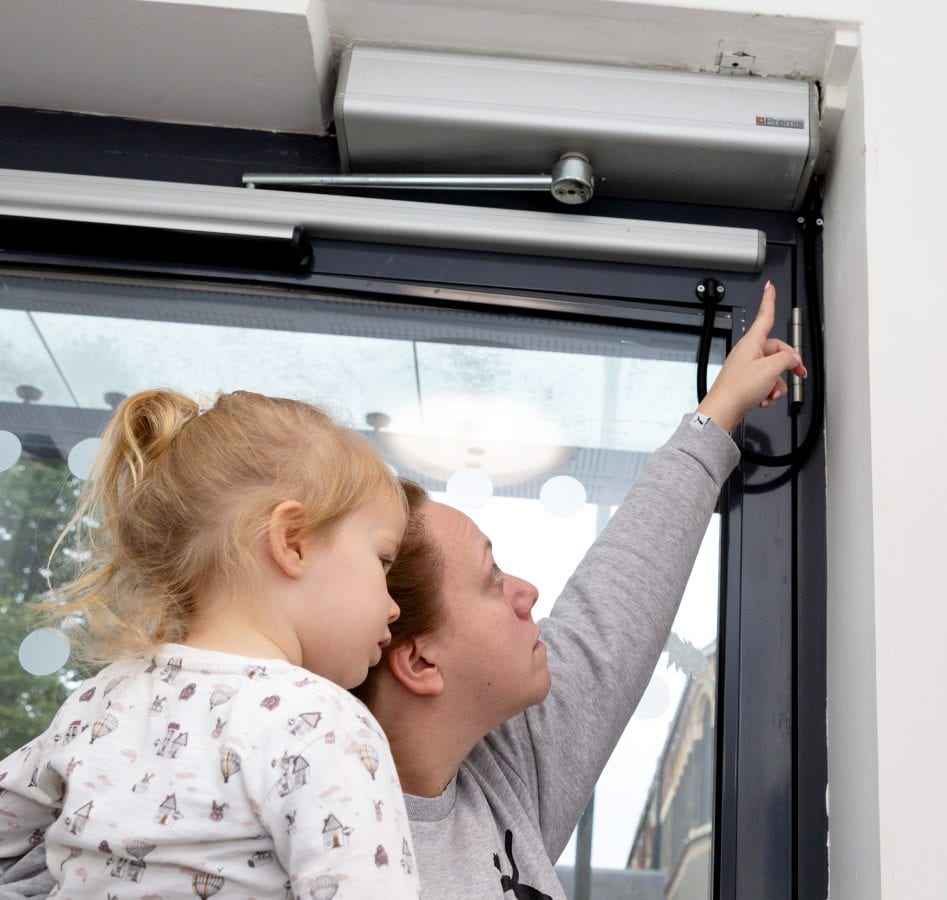 The former childcare worker later heard a family on the second floor had to throw away their bedding and move out with their four children because of the infestation.

Two weeks ago, residents at Quayside House were asked to evacuate their homes so that the entire building could be fumigated by pest control.

But Dionne said the attempt was poorly arranged, leaving tenants with nowhere to go for several hours, and some refused to leave.

When their efforts were unsuccessful, the single mum insisted her flat be fumigated again and she was moved to a hotel room for two nights with her children.

She said: “I have a baby at home and I told them we cannot go on living there until you help us.

“I am not sleeping at all because I am up all night looking in all the corners for them and worrying about my kids.

“My nan is looking after Luke but it is so much pressure for her, she cannot have my daughter there as well.

“Even though Ava isn’t really aware of what is happening, if you have a bad reaction, they can kill you.” 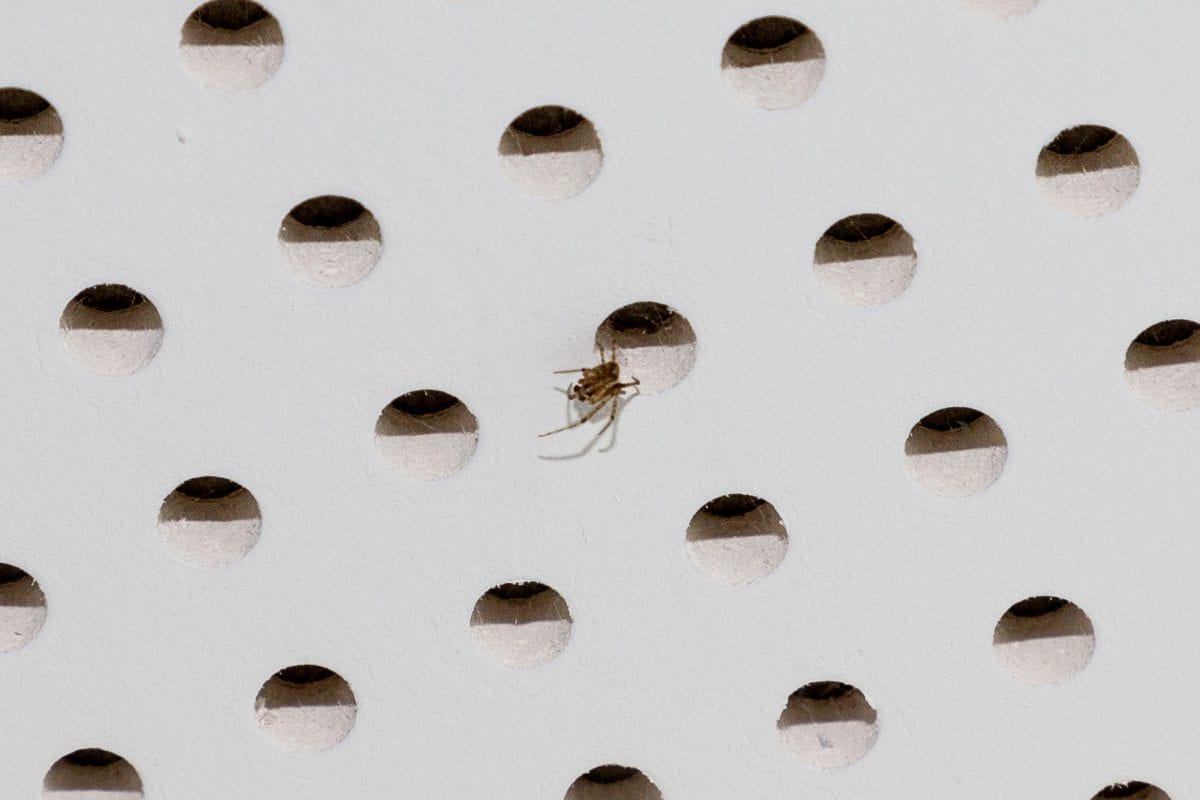 Dionne said her landlord was ‘disgraceful’ after pest control returned to the apartment block again yesterday and found the false widows were still there.

She said: “People should know about Sanctuary Housing, I think they are disgraceful.

“We have had this problem for so long and people are terrified and moving out.

“The whole thing has been badly organised.”

The False Widow was introduced to Britain in late 19th century and is native to the Canary Islands and Madeira.

It appears similar to the deadly Black Widow but its bites are similar to wasp or bee stings.

There are three types – the noble false widow, or steatoda nobilis, the steatoda bipunctata and the steatodo grossa – in the UK.

The noble false widow has the most toxic bite of any British spider but there have no reported death resulting from them, yet.