Express and Mail up in arms over Swiss-style relationship rumours

The Daily Mail called it a betrayal, while the Express lambasted the 'absurd idea' to go soft on Brexit. 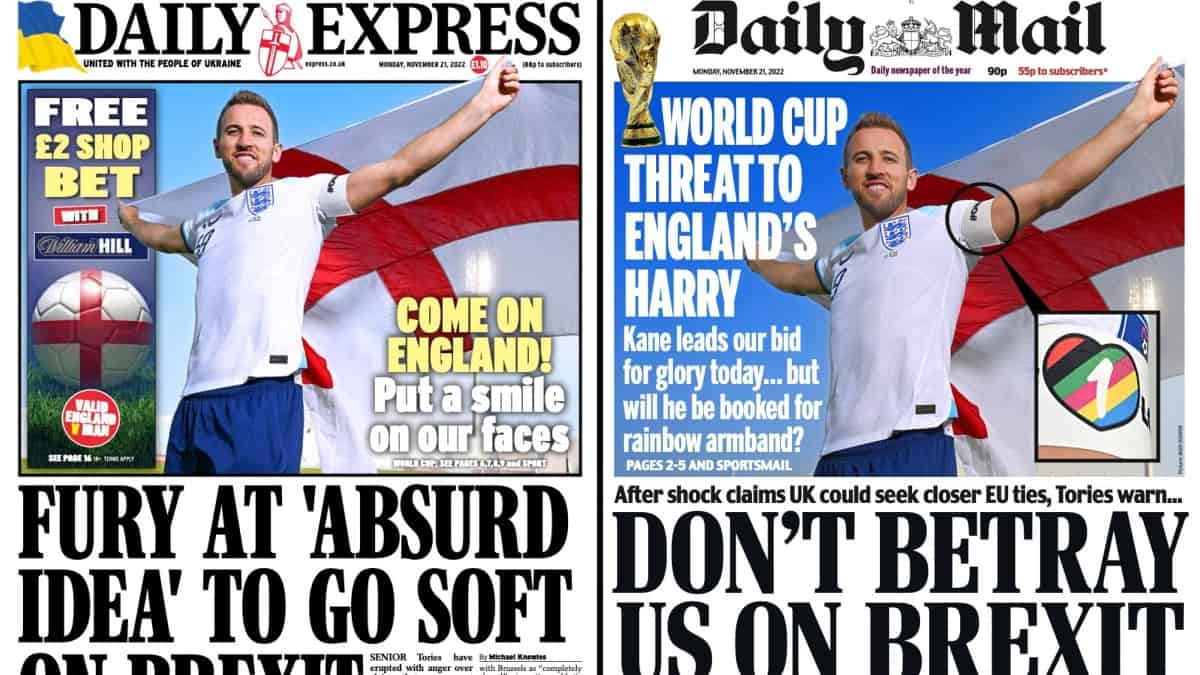 Conservative Eurosceptic MPs are believed to be incensed by rumours that the government is mulling Swiss-style ties with European Union.

The Sunday Times reported that “senior government figures” were planning to put the UK on a path towards arrangements similar to Switzerland’s to ensure access to the EU’s single market.

The model would involve more liberal EU migration – although full free movement would not be on the table – and payments to the Brussels budget, the newspaper reported.

But on Monday morning Robert Jenrick said there is “no question whatsoever” of the UK reopening the deal with the EU.

The immigration minister said it “couldn’t be further from the truth” and insisted the “fundamental tenets” of the Brexit deal signed by Boris Johnson would not be renegotiated.

Tory Eurosceptic MPs have also reacted angrily to the news, according to the Daily Express and Daily Mail.

The latter said “Don’t Betray Us on Brexit” in a plea to prime minister Rishi Sunak.

While the Express called on him to not “go soft on Brexit”.