Some 60 firefighters tackled the blaze after dozens of residents woke up to the blasts at about 3.30am. 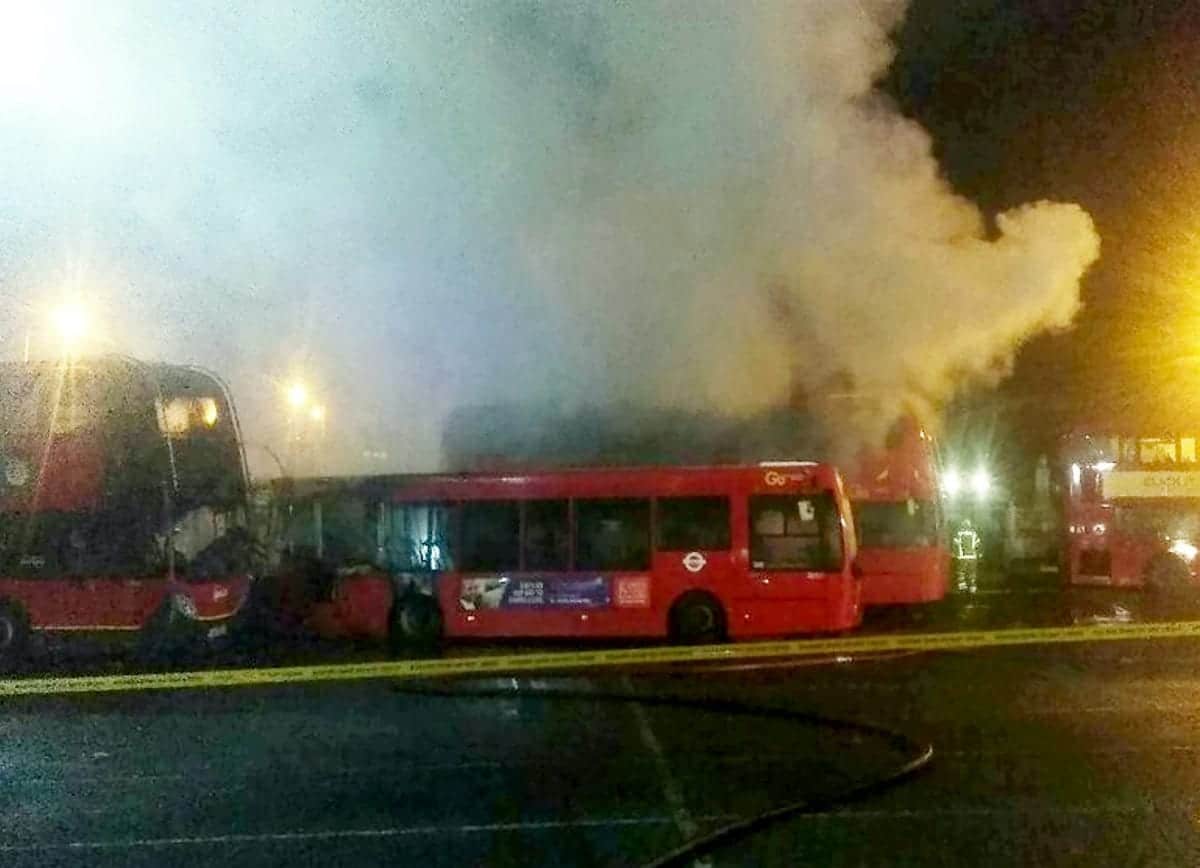 Explosions were heard as a huge fire ripped through a bus depot in the early hours of this morning.

Some 60 firefighters tackled the blaze after dozens of residents woke up to the blasts at about 3.30am.

Seven buses were destroyed and four others badly damaged at the garage in Orpington, Kent.

Fire crews moved 30 vehicles to safety as they battled to contain the flames for three hours.

They remain on scene dampening down the vehicles and fire investigators are yet to find a cause for the fire.

Resident Cat Fitzmaurice said: “Woken up by explosions at 4am, metro bus garage in green street green on fire.”

A spokesman for London Fire Brigade said: “60 firefighters tackled a fire at a bus depot on Farnborough Hill in Orpington this morning.

“At the height of the blaze, eleven busses were alight and Brigade control officers took around 40 calls to the incident which was very visible.

“Crews worked hard to stop the blaze from spreading to more busses and around 30 vehicles were moved to safety.

“Seven busses were complete destroyed by the fire and a further four are badly damaged.

“While the fire is now under control, crews will remain in the area for some time damping down the effected vehicles.

“The cause of the fire is not known at this time.”