By Joe Mellor, Deputy Editor & Henry Austin  A former squaddie has slammed the government’s attitude towards benefit claimants after he was left in limbo with his rent before undergoing a number of tests to find out why his is coughing and passing blood on an ever more regular basis. “I have served my country and […] 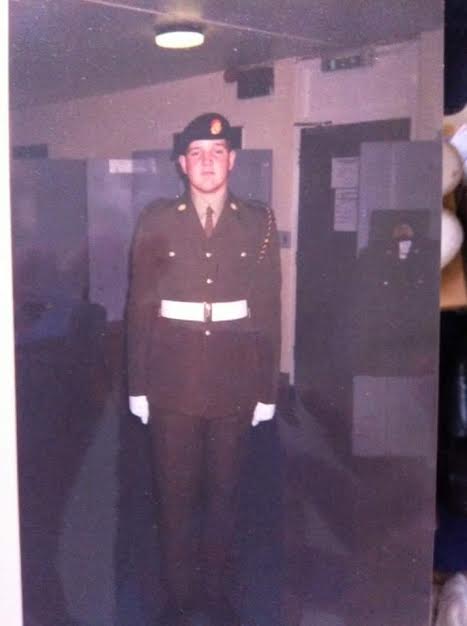 A former squaddie has slammed the government’s attitude towards benefit claimants after he was left in limbo with his rent before undergoing a number of tests to find out why his is coughing and passing blood on an ever more regular basis.

“I have served my country and worked all of my adult life, paying into the system the entire time,” Michael Lynch told The London Economic. “It’s not that I don’t want to work, it’s that I can’t and this adding more stress to what is already an incredibly stressful situation.”

The 27-year-old from Southend, Essex, added that the test he faced when applying for Employment Support Allowance (ESA) – once known as Incapacity Benefit – was “set up for him to fail” and “deeply unfair to those unable to work”.

“I have no doubt that the it was designed this way because of pressure from the top of government,” he said. “I have no sympathy for those who are too lazy to work, or cheating the system, but after what I’ve been through, I can’t see how anyone could qualify. I can’t work; when I walk down the street blood gushes out of my orifices, how can you keep down a job with that going on?”

Mr Lynch said he had passed blood in his urine since the age of 18, when he also signed up and served as private in the Royal Logistics Corp in Germany.

“It always hurt but when you’re young and in the army, you just shrug it off and get on with it,” he added.

Despite a number of tests during his four-and-a-half years of service and after leaving the armed forces, doctors could not establish the cause of the bleeding.

After joining Civvy Street, Mr Lynch went on to work for Lloyds Bank for four years but he was made redundant in December 2014, shortly after it sold its TSB division.

His condition began to worsen last year and he began coughing up blood and passing it anally as well as through his urine, forcing him to take time off from some of the temporary jobs he was working – which he is convinced cost him the chance of some of them being made permanent.

By November last year Mr Lynch was unemployed and signing on for Jobseekers Allowance.

His condition had also deteriorated so much that on 22 of that month his doctor provided him with a six-month sick note advising that he was “not fit for work.”

When he showed this to his support worker in the Job Centre a few days later, they placed him onto the ESA.

“If you’re ill and disabled” ESA offers you “financial support if you’re unable to work” and “personalized help so that you can work if you’re able to,” according to the Department of Work and Pensions website.

Like all of those placed onto the benefit Mr Lynch was required to undergo a Work Capability Assessment to make sure he qualified for it and he attended a meeting on 12 January.

“I took all the notes from the doctor, letters detailing appointments and the one about yesterday’s operation but she didn’t even look at them,” he said. “Instead she asked me a series of rudimentary questions, including whether I could walk 200 meters or use a mouse.”

He added: “I could do all of those things, a blind or disabled person probably could, so it was incredibly frustrating, almost like I was being set up to fail.”

A few days later he was told by Job Centre staff that he did not qualify for ESA and this week a letter confirmed he had scored zero points of the 15 required to for him to do so.

He said: “I have no idea how long I will be in hospital or what the outcome will be, so who knows where that will leave me financially,” he said. “It won’t take long for it to eat my savings. All of this is just adding to my stress levels.”

Now he is calling on the Department of Work and Pensions to review the way they assess people for the ESA.

“The government says it for people who are too ill to work and that is me in a nutshell, but looking at the test there is no way I could qualify,” he said. “They need to look at it again because at the moment it is deeply unfair.”

“We owe the men and women who have served their country a huge debt of gratitude and will do everything we can to help them to find work.

“The decision on whether someone is able to work is taken following an independent assessment, and consideration of all supporting evidence.

“The assessment focuses on what people are able to do with the right support, rather than just writing them off on sickness benefits as happened in the past. A claimant who disagrees with the outcome of their assessment can appeal.”

Below is a shocking pic of Michael’s suffering