He urged prime minister Boris Johnson to oppose the EU as much as he opposes Russia’s treatment of Ukraine. 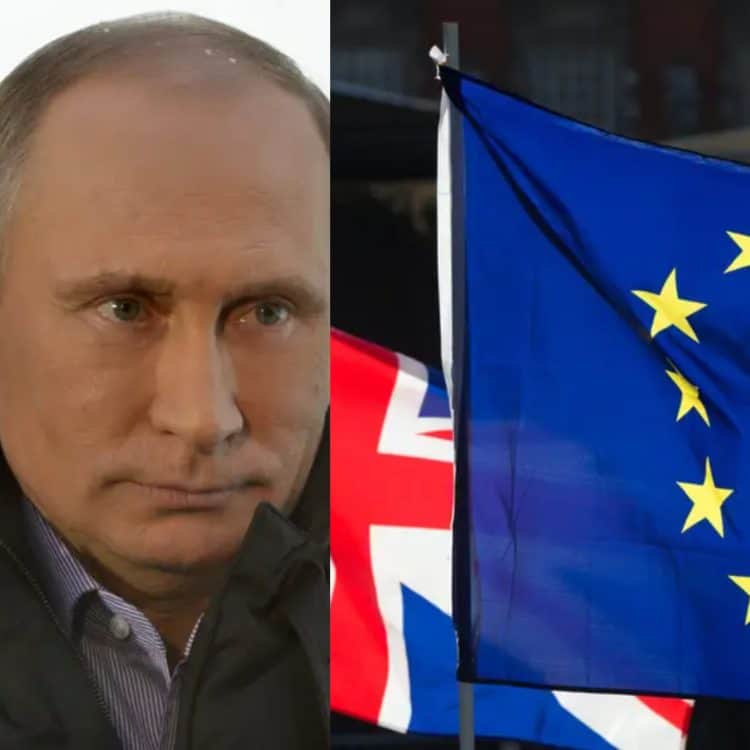 A DUP MP has likened the EU’s handling of Northern Ireland after Brexit to Russia president Vladimir Putin’s annexation of Crimea in Ukraine.

Sammy Wilson accused the European Union of effectively annexing Northern Ireland through the trade agreement signed by the bloc with the UK, according to The Independent.

And he urged prime minister Boris Johnson to oppose the EU as much as he opposes Russia’s treatment of Ukraine.

‘The EU is annexing Northern Ireland like Putin annexed Crimea’

Russia annexed the Ukraine’s Crimean peninsula in 2014, and has sent tens of thousands of troops on the Ukraine border, prompting fears of a military invasion of its neighbour.

Wilson claimed there are similarities to what has been happening after Brexit, whilst talking to a loyalist rally in Northern Ireland last night.

He said: “The Irish Sea border imposes the will of nationalists on unionists.

“Through the Northern Ireland Protocol, the EU in effect is annexing Northern Ireland just as much as President Putin has already annexed part of Ukraine and is seeking to undermine that country’s independence further.”

He added: “Boris Johnson has rightly led the campaign to stop Putin undermining the democratic wishes of the people of Ukraine, and he has an even greater responsibility as the prime minister of the UK to prevent the annexation of Northern Ireland by Brussels by revoking the Northern Ireland Protocol.

“Make no doubt about it, whilst the protocol damages the economy of Northern Ireland, even more fundamentally it divides us from the country to which we belong, it undermines democracy and imposes foreign rules in this part of the UK.”

The NI Protocol, signed by both the UK and the EU, has created red tape on trade between Northern Ireland and the rest of the UK after Brexit, whilst Northern Ireland has remained in the EU single market for goods.

Unionists and loyalists say the shift has damaged UK’s sovereignty, but a majority of Assembly members at Stormont support the protocol, arguing it protects Northern Ireland from economic damage inflicted by Brexit.

Last year, former Brexit minister David Frost admitted trade between Northern Ireland and Ireland went up since Brexit – but suggested it cannot keep benefitting from the EU’s single market, as this would hurt the UK.

Speaking on Policy Exchange’s Brexit Panel on the fringes of Tory party conference, Frost admitted supply chains are being “reordered quite quickly” and trade between Northern Ireland and the Republic has increased in both directions based on both British and Irish figures.