Campaigners have condemned the plan, with homeless charity Crisis saying it could leave people with no legal status facing “destitution”. 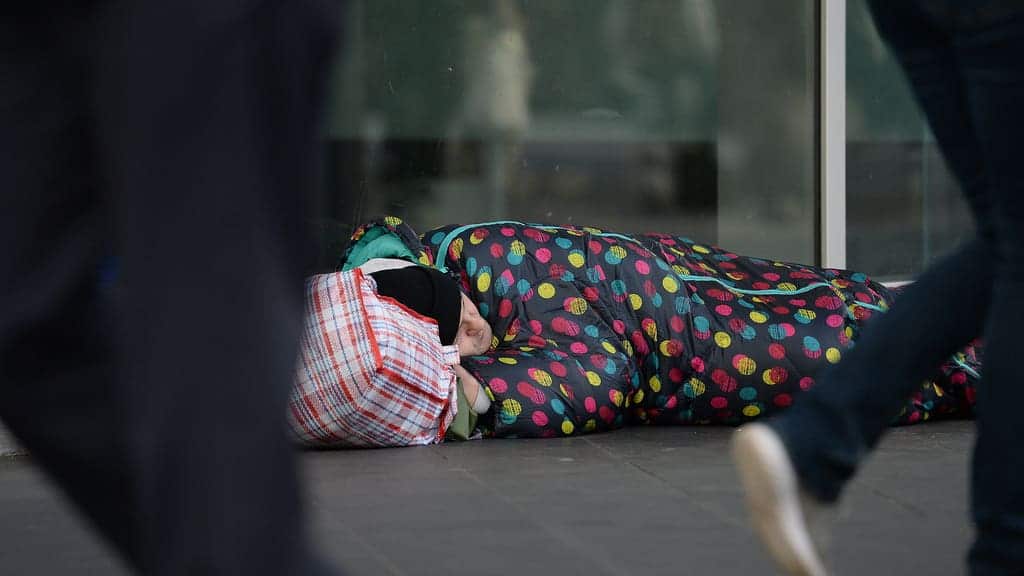 Campaigners have hit out at an “inhumane” policy introduced to deport homeless people who are not UK nationals.

The plan means EU citizens found rough sleeping could be removed from the country if they refuse support, such as the offer of accommodation and benefits, from authorities, as is already the case for non-EU citizens found on the streets.

But the document added that the rules were changed on April 6 to “clarify that permission may only be refused or cancelled where a person has repeatedly refused suitable offers of support and engaged in persistent anti-social behaviour”.

Campaigners have condemned the plan, with homeless charity Crisis saying it could leave people with no legal status facing “destitution”.

Chief executive Jon Sparkes said the charity does not accept the policy and has urged authorities not to use the powers “in any circumstances”.

He added: “Everyone in our society should have a safe place to live and shouldn’t face punishment for experiencing homelessness.

“This policy completely goes against this – it is inhumane and its mere existence will make non-UK nationals in vulnerable circumstances fearful of asking for the support they need to help them off the streets.”

He called for the Government to instead look at providing the “right support” for people living on the streets such as accommodation, as well as jobs and immigration advice.

Domestic Abuse Commissioner Nicole Jacobs raised concerns over how the rules could affect migrant victims facing homelessness by “forcing them to stay with an abuser rather than risk being thrown out of the country” if they are unable to access benefits or find a place in a refuge.

She added: “All victims of domestic abuse need and deserve protection – not to be pushed further from support.

“I am calling on the Government to change these guidelines to ensure that migrant domestic abuse victims who are sleeping rough are not impacted by these new rules.”

Last year Labour-run Haringey Council said it opposed the plan and refused to support it.

While acknowledging that rough sleepers are among some of the most vulnerable people in society, the Home Office guidance paper added: “The introduction of rough sleeping as a ground for the refusal or cancellation of permission is not intended to criminalise rough sleeping or to penalise those who inadvertently find themselves temporarily without a roof over their head.

“Instead, the rule will be applied to those who refuse to engage with the range of available support mechanisms and who engage in persistent anti-social behaviour.

“Where a person is engaged in persistent on-street anti-social behaviour but there is no evidence they are sleeping rough, the rough sleeping rule cannot be used to refuse or cancel permission to stay in the UK.

“Instead, you must consider if permission can be refused or cancelled on the grounds of criminality or persistent offending.”