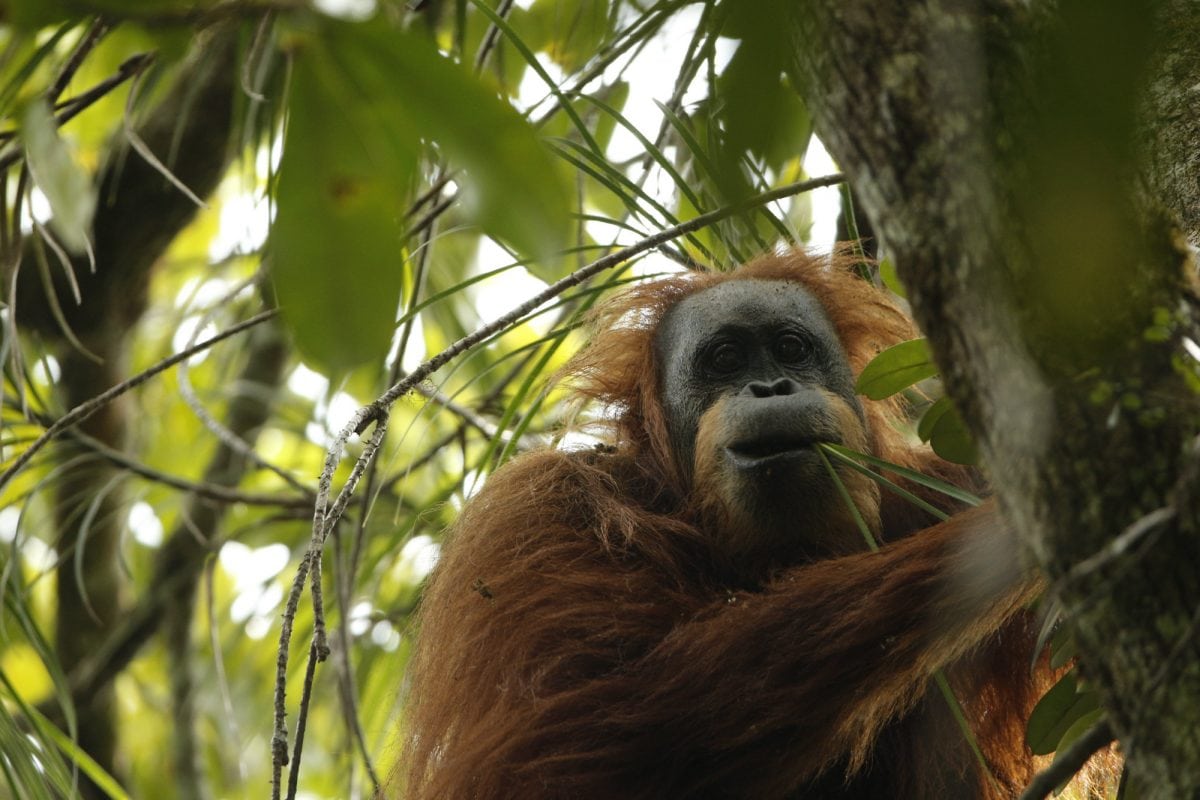 A third species of orangutan has been recognised – but less than a thousand are still alive, warns new research.

Previously only two species of orangutans were identified – the Bornean and the Sumatran orangutan.

But it is the great ape species at greatest risk of extinction, with only around 800 remaining individuals in upland forest regions of North Sumatra.

Two species of Indonesian orangutans had previously been officially described and recognized – the Pongo abelii, living on the island of Sumatra, and the Pongo pygmeaeus, in Borneo.

In 1997, researchers from the Australian National University discovered an isolated population of orangutans in Batang Toru, a region within the three Tapanuli districts in North Sumatra.

Anthropologists from the University of Zurich (UZH) in Switzerland working together with an international research team have now established that these orangutans are actually a distinct third species, Pongo tapanuliensis.

The study carried out by the UZH researchers is the largest genomic study of wild orangutans to date.

They said the first indications of the uniqueness of the Tapanuli orangutans came from the skeletal material of an adult male orangutan killed in 2013.

When compared to other skulls it turned out that certain characteristics of the teeth and skull of the Tapanuli orangutan were unique.

Dr Matt Nowak, who now works for the Sumatran Orangutan Conservation Programme (SOCP). said: “We were quite surprised that the skull was quite different in some characteristics from anything we had seen before.”

Study leader Professor Michael Krützen, of UZH, said: “When we realised that the Tapanuli orangutans were morphologically different from all other orangutans, the pieces of the puzzle fell into place.”

Prof Krützen and his team have been researching the genetic lineage of all living orangutan populations for some time.

Previous study results combined with the new genome sequencing of 37 orangutans showed a picture that was consistent with the morphological findings.

Computer modelling aimed at reconstructing the history of the orangutan population enabled the researchers to verify their new findings.

Their calculations showed that the Tapanuli population appears to have been isolated from all other Sumatran populations of orangutans for at least 10,000 to 20,000 years.

Alexander Nater, who completed his PhD at UZH, said: “The oldest evolutionary line in the genus Pongo is actually found in Tapanuli orangutans, which appear to be direct descendants of the first Sumatran population in the Sunda archipelago.”

Prof Krutzen said: “It is very exciting to discover a new great ape species in the 21st century.”

But he warned that the top priority now must be to protect the Tapanuli orangutan.

Prof Krutzen added: “All conservation efforts must focus on protecting the species’ environment.”

And there are also plans to build a hydroelectric dam which would further intrude on the Tapanuli orangutans’ environment.

A recent survey carried out independently by Indonesian and international scientists indicated that no more than 800 Tapanuli orangutans remaining,, making them the great ape species at greatest risk of extinction.

Dr Nowak, who supervises research into the Tapanuli orangutans at SOCP, added: “If steps are not taken quickly to reduce current and future threats and to conserve every last remaining bit of forest, a great ape species may become extinct within a few decades.”