Members of the public were shocked to find the heavily decomposed minke whale on Sunday night. 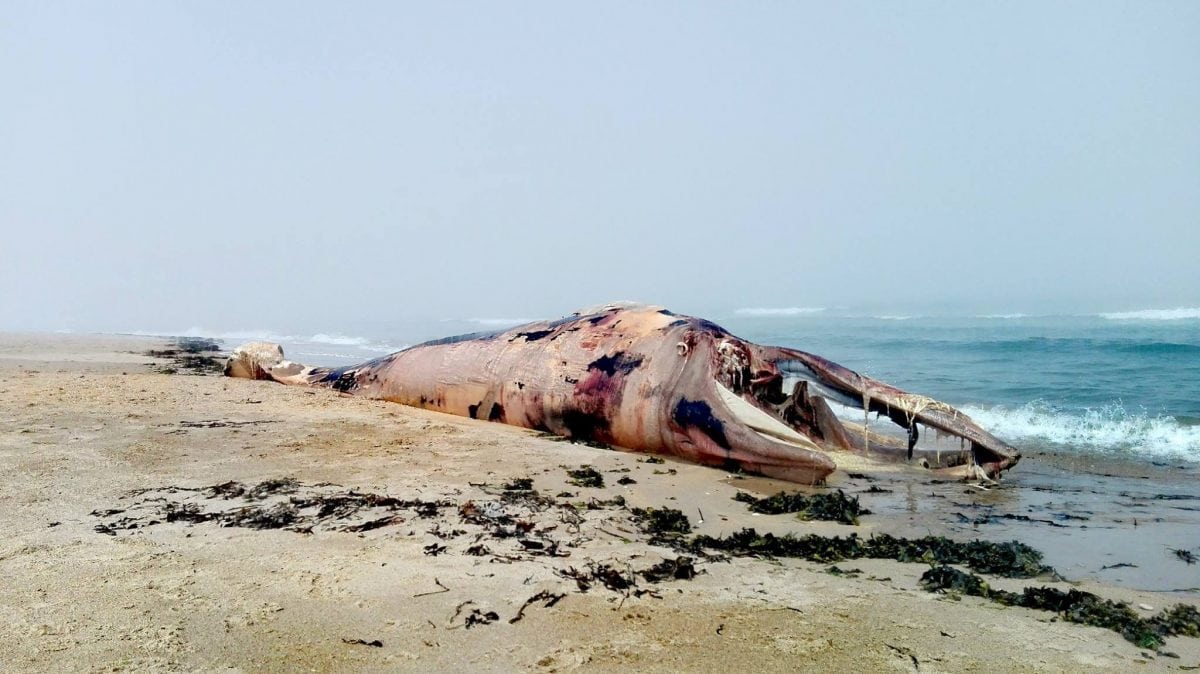 The public is being warned to stay away from a 30ft decomposed whale carcass after it was discovered on a popular beach.

Marine experts believe the heavily decomposed minke whale, found at Belhaven beach, near Dunbar in East Lothian, on Sunday night may have been entangled in creel ropes.

The animal is believed to have been dead for several weeks but experts say it is too decomposed for this to be confirmed.

If trapped, the mammal may not have been able to surface on a regular basis to breathe or be able to feed on its usual prey of fish, squid and krill.

Sam Christopherson, director of Coast to Coast Surf School, said they became aware of the whale this morning when one of their teachers went out to give a session.

He said: “It is so big. The whale is definitely a lot bigger than the usual animals that get washed up on this beach.

“We will usually get a few whales, seals and dolphins a year here.

“It is horrendous for the animal. It’s such a shame to see these kind of incidents.”

Corinne Gordon, of the British Divers Marine Life Rescue, said: “It is believed this whale was entangled. 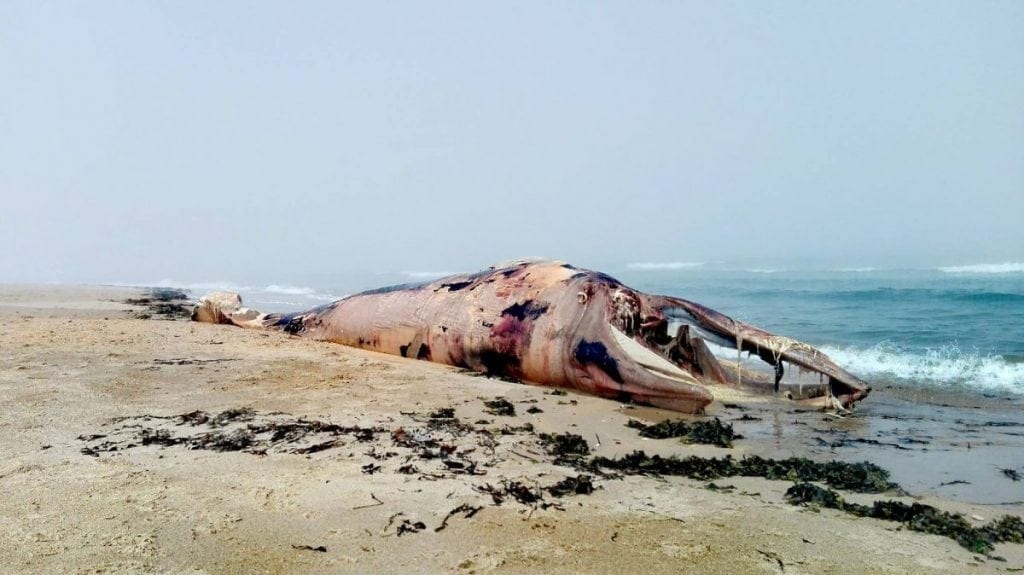 “If this was the case then it would not have been able to come to the surface for air so it would have drowned.

“If it was unable to move then it would not have been able to feed either.

“It is a really sad situation but there is absolutely nothing we can do unfortunately.”

Residents from the area have been warned to not approach the whale.

But Corinne did dismiss speculation on Facebook that the animal could “explode”.

She said: “This whale has very much decomposed so there is no chance of it exploding.

“I’d urge everyone to keep away from it because whales are full of bacteria so people do not want to go near it.”

Teams from the Scottish Marine Animal Stranding Scheme and East Lothian Council have also been at the scene.

A Scottish Marine Animal Stranding Scheme spokesman added: “The minke whale was reported to us late on Sunday.

“It’s been dead for several weeks. There are some lesions suggestive of entanglement in creel ropes but the animal is too decomposed for necropsy to confirm this.”

With an autopsy to determine the cause of death out of the question, the whale will most likely be disposed of by East Lothian Council at the landfill site in Dunbar. 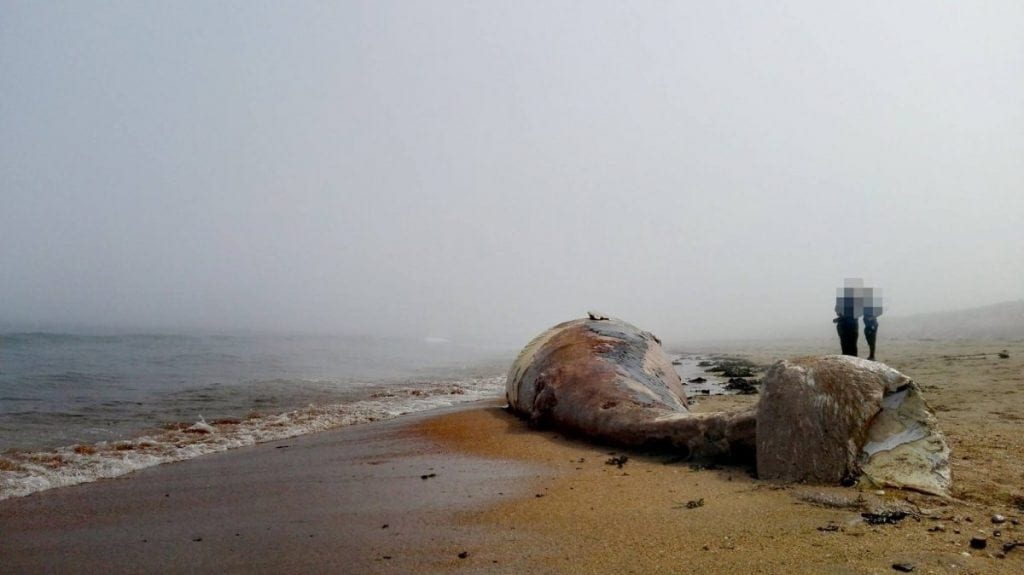 A spokesman for East Lothian Council explained: “We are aware of the whale carcass at Belhaven and arrangements have been made by our Countryside Officers, via a specialist contractor, to dispose of it as soon as possible.”

Minkes are the most common whales in Scottish waters, especially in the summertime.

In April 2017 wildlife experts helped refloat a 20ft minke whale that was found stranded on a beach in Fife.

A second attempt to refloat the mammal at high tide proved successful after being spotted on the beach west of Elie.