The high street tech giant is among the most complained about companies on one of the country's most popular consumer watchdog websites - where almost daily somebody moans about unexpected charges.

by Joe Mellor
in Money, Tech and Auto 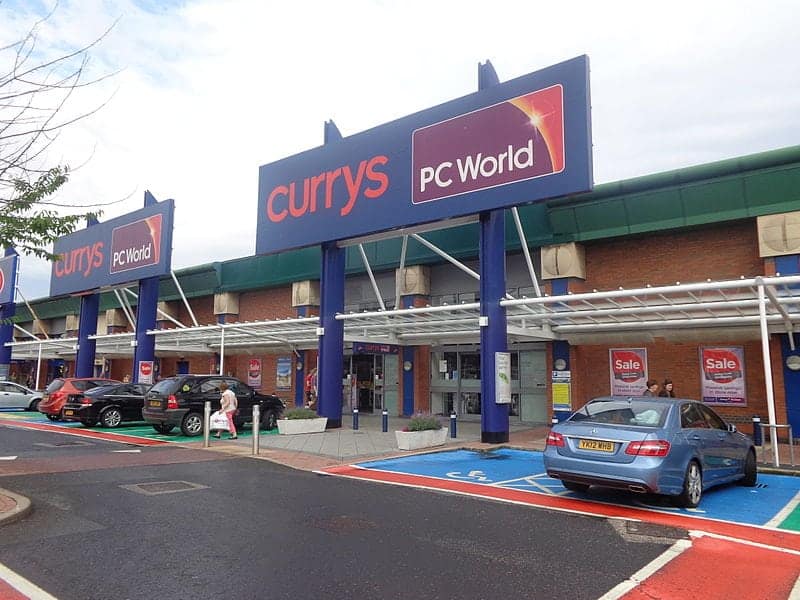 Hundreds of disgruntled customers have taken to the web to blast Currys PC World over ‘hidden’ monthly charges – that have ended up costing some thousands.

The high street tech giant is among the most complained about companies on one of the country’s most popular consumer watchdog websites – where almost daily somebody moans about unexpected charges.

Customer complaints have been pouring in online, with sites such as aspokesmansaid.com containing 2,275 individual rants against the electronics firm.

Many customers have raged at charges to their bank account named ‘product support’, which range from £5.99 to £11 per month.

In some cases, these charges have gone on unnoticed for years, costing one customer almost £1,500 in insurance she didn’t sign up for.

One customer purchased a HP touchscreen laptop for £400 from a PC World in Blackburn, Lancashire – only to find thousands of pounds in charges applied to his bank account.

“I bought the laptop with a card linked to a bank account that I barely used.

“All was fine for a while and, to be honest, I completely forgot about it.

“But a couple of years later, I got a letter from my bank saying that I owed them almost £2000 because I was overdrawn and had been for a while.

“I chatted with my bank and thankfully it got sorted out – but I did discover that the reason I went into the red was because of Currys.

“When I bought the laptop, they’d offered me free insurance, so I signed up.

“At the time I wasn’t told that after a period I would be paid – otherwise I wouldn’t have signed up to it.

“They were charging me £5.99-a-month – and I think they still would be charging me now if I hadn’t realised. It’s a scam.”

Some consumers have no clue why they are facing monthly charges, with Claire Smith claiming she was being hit with ‘stealth’ charges.

Claire, on consumer website aspokesmansaid, wrote: “I declined any sort of insurances or monthly fees and chose to just buy the TV – I was charged for ‘product support’ on my statement but wasn’t sure what it was.

“I am very upset to see the person who served me has set up the direct debit without my permission and money has been take from my card.

“This is as good as theft, I will be reporting this.”

Another customer, Allan Dickerson said: “I’ve noticed £17.99 coming out of my account, when I call Currys I’m having no luck.

“This has been going on for three months, I want it cancelled and money refunded from.

“I didn’t agree to product cover or sign anything.”

Christy Bruce added: “I have noticed I have been getting charged £8.49 for product support each month.

“I was not aware of this charge or what it was for until I googled it and saw it was your company,

“I don’t understand what the charge is for and would like it to be cancelled.”

Arthur Thompson added: “I am being charged twenty-two pounds per month after buying a TV on my bank statement but I do not know what for.

Currys replied to the complaints on the site, where they apologised to the customers affected and asked them to get in touch.

In March, consumer watchdog Which warned Currys PC World they was in breach of the law after more than 100 customers complained they were charged more than was advertised for products.

Between 2015 and this year, 108 people contacted the watchdog to complain of charges that were ‘not optional’ while making purchases at the electronics stores.

A spokesman from watchdog Resolver said: “When it comes to high street shops like Currys that sell white products and similar, we’ve seen recent complaints.

“These are from consumers who’ve paid for unnecessary extra services and consumers who have unexpectedly been charged for appliance insurance products they didn’t realise they were signing up to.

“Add-ons seem to be a particular point of concern for consumers, with many being surprised by charges for additional services they don’t need.”

Newcastle a growing hub for business