A plant dating back more than 100 million years to the age of the dinosaurs has been discovered growing in the American Mid West. The moss was found in 16 lakes around Wisconsin and Minnesota – and scientists likened their surprise to a “cheetah poking its head through your office window.” They immediately realised it […] 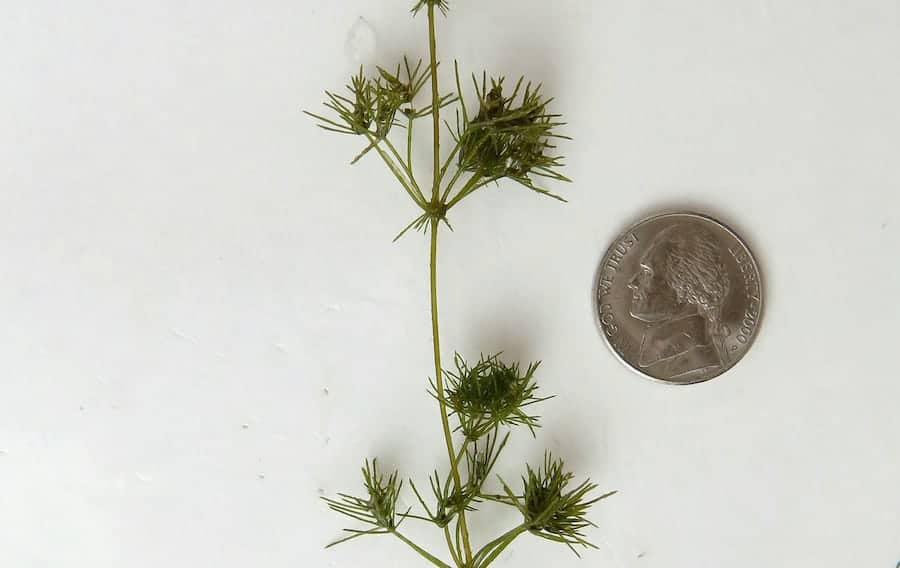 A plant dating back more than 100 million years to the age of the dinosaurs has been discovered growing in the American Mid West.

The moss was found in 16 lakes around Wisconsin and Minnesota – and scientists likened their surprise to a “cheetah poking its head through your office window.”

They immediately realised it was quite different from other species, and DNA analysis of samples of the large, green algae identifed it as Lychnothamnus barbatus.

The collectors knew they hadn’t seen anything like it in the US before.

Previously, the only record on the western side of the Atlantic Ocean were fossils from Argentinia dating back to the Cretaceous – when T Rex ruled the earth.

Professor Richard McCourt, associate curator of Botany at the Academy of Natural Sciences of Drexel University, Philadelphia, said: “This means we don’t know as much about what’s out there as we could.

“Lychnothamnus barbatus’ survival isn’t, per se, ecologically earth-shaking, but it changes our view of what the algal flora of North America is composed of and inspires us to keep hunting for more new finds.”

“Almost right away we knew we might be dealing with something previously thought to be extinct because it was clearly different from any other species seen in North America.

“But we had to look at it closely to confirm the identity and also extract the DNA to confirm.”

The study published in the American Journal of Botany said Lychnothamnus barbatus is relatively rare in the areas it is currently found.

A “stonewort” type of algae, it is known to inhabit areas of Europe, Australia, New Zealand and Papua New Guinea.

But this species actually grows a foot high and has a pretty distinct shape.

“Other species like it have probably been brought in in ballast water on ships and released into the St. Lawrence seaway or other lakes.”

But it may have always been there and just gone unnoticed.

Prof McCourt said: “If it went unnoticed, it is probably due to the fact much of what is in lakes and streams is not thoroughly examined, despite centuries of collecting.

We need more feet on the ground, hands in the water, collecting.”

It is also possible the dinosaur-era plant may have survived elsewhere in North America.

Added Prof McCoiurt: “We are keeping an eye out, but it’s generally in the kinds of habitats that we collect for the other stonewort species that are known to be in America.