MPs lashed out at the "nefarious" practice, and accused ministers of a "serious vacuum of accountability". 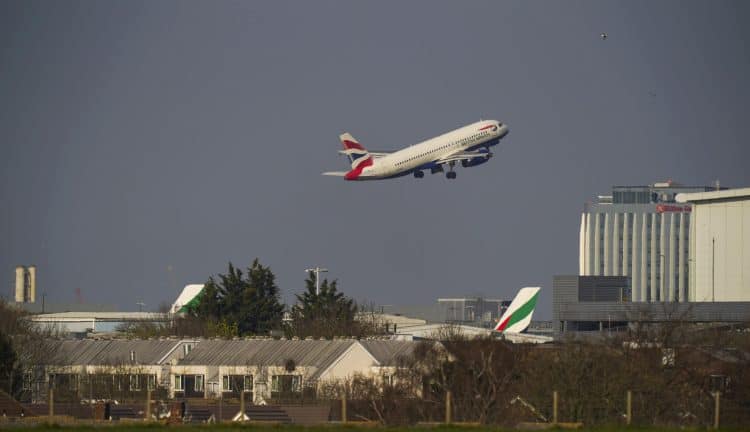 Close to 500 “ghost flights” left the UK every month between October and December last year, it has been revealed.

Ghost flights have no passengers – or less than ten per cent of passenger capacity. According to data obtained by the Guardian Heathrow, Aberdeen, Manchester, Stansted and Norwich were the leading airports for such flights in the period.

With flying one of the most carbon-polluting activities people can undertake, ghost flights have been enraging climate protestors for some time.

It emerged in February that almost 15,000 ghost flights left the UK between the start of the Covid-19 pandemic in March 2020 and September 2021.

Meanwhile German airline Lufthansa said in January that it would be forced to fly 18,000 “unnecessary” flights by March.

The existence of ghost flights have been blamed on a system at busy airports whereby airlines must run 80 per cent of their scheduled flights – empty or not – to retain their landing slots.

The rule was suspended during the pandemic, but the number of monthly ghost flights appears to have been unimpacted.

Tim Johnson, of the Aviation Environment Federation, told the Guardian: “UK airline average occupancy grew significantly in the last six months of 2021, although November’s peak at around 70 per cent is still significantly below the 86 per cent achieved before the pandemic. But this hasn’t altered the number of ultra-low occupancy flights in our skies each month.

“If changing market fortunes can’t solve this problem then the government must act to do so,” he said. “Its recent claim earlier that aviation can be net zero by 2050 while accommodating a 70 per cent increase in passenger numbers (from 2018 levels) stretches belief when there are such obvious examples of inefficiency in the current system. Fixing these should be a priority.”

Sarah Olney, the Lib Dem MP and transport spokesperson, added: “The public deserves transparency. They are not getting it from an industry keeping this nefarious practice hush-hush, and ministers have to share the blame for this serious vacuum of accountability. A government review into ghost flights is long overdue.”

Labour MP Alex Sobel, chair of the net zero all-party parliamentary group, told the newspaper:  “Although international travel has recovered somewhat, and there’s no need to fly empty planes to hubs or for maintenance, airlines don’t seem to have given up their climate-degrading practice of ghost flights.”

More than 14,000 have signed a petition calling for the end to such flights.

The Department for Transport said: “We acted swiftly [during the pandemic] to prevent empty aircraft needing to fly to retain their slots, however some flights may operate with low passenger numbers for a whole range of reasons, including carrying key workers or vital cargo.”

Related: The amount of tax Starbucks paid in the UK last year will shock you