One of the world’s largest leatherback turtle’s has been found dead in a Cornish harbour. The animal, whose species is ‘critically endangered’, was found on Friiday (8/9) in Portreath by amateur photographer Bob Philips, 73. It is around six feet long and weighs around 200kg (31 stone). Retired taxi driver Bob said: “I’m amazed at […] 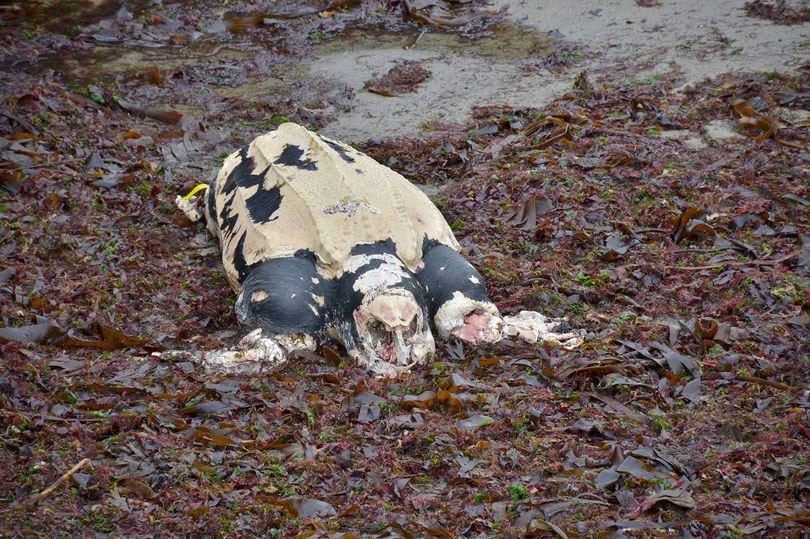 One of the world’s largest leatherback turtle’s has been found dead in a Cornish harbour.

The animal, whose species is ‘critically endangered’, was found on Friiday (8/9) in Portreath by amateur photographer Bob Philips, 73.

Retired taxi driver Bob said: “I’m amazed at how big it is and decided to take a photograph of a man who was stood close by to show the true scale.

“He’s six foot tall – and the leatherback was the same size.”

In July last year, another leatherback turtle was spotted off the coast between Land’s End and Penzance after it got trapped in the ropes of a buoy.

The Marine Conservation Society say less than ten leatherback turtles are spotted in England every year.

The World Wildlife Fund (WWF) ‘critically endangered’ status is the level before extinction in the wild.