The small group of men and women have pitched up in George Square, across from Glasgow City Council's City Chambers building. 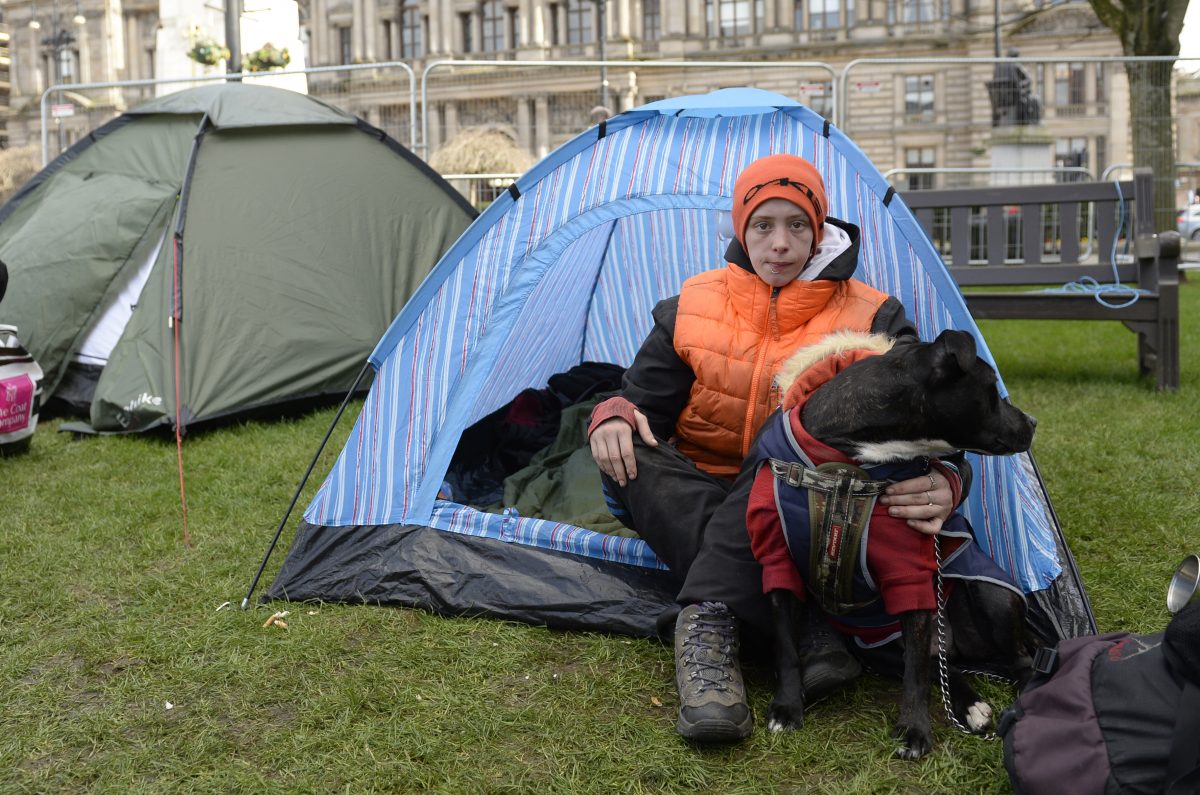 The group of men and women have set up camp in George Square, across from Glasgow City Council’s City Chambers building.

There are 10 homeless people and five tents situated on the grass areas of the square, but the group are trying to get more people from around the city to join them.

They ordered 300 feet of barriers and 300 feet of six-foot-high fencing, which was delivered yesterday afternoon on the back of a lorry.

The protesters have erected the fences and set up an outer shell of barriers to barricade themselves in.

Jason Miller, 27, one of the organisers of the protest, said: “We’re going to situate the tents all over George Square.

“We’re also going to go around and try and get more homeless people to join us.

“This is something I feel really strongly about.

“I’m not homeless but I’m doing this out of the goodness of my heart and want Glasgow City Council to see sense – they’re just not bothered.”