Documents seen by the Guardian show that the environmental protest group was listed alongside National Action and Islamic extremists. 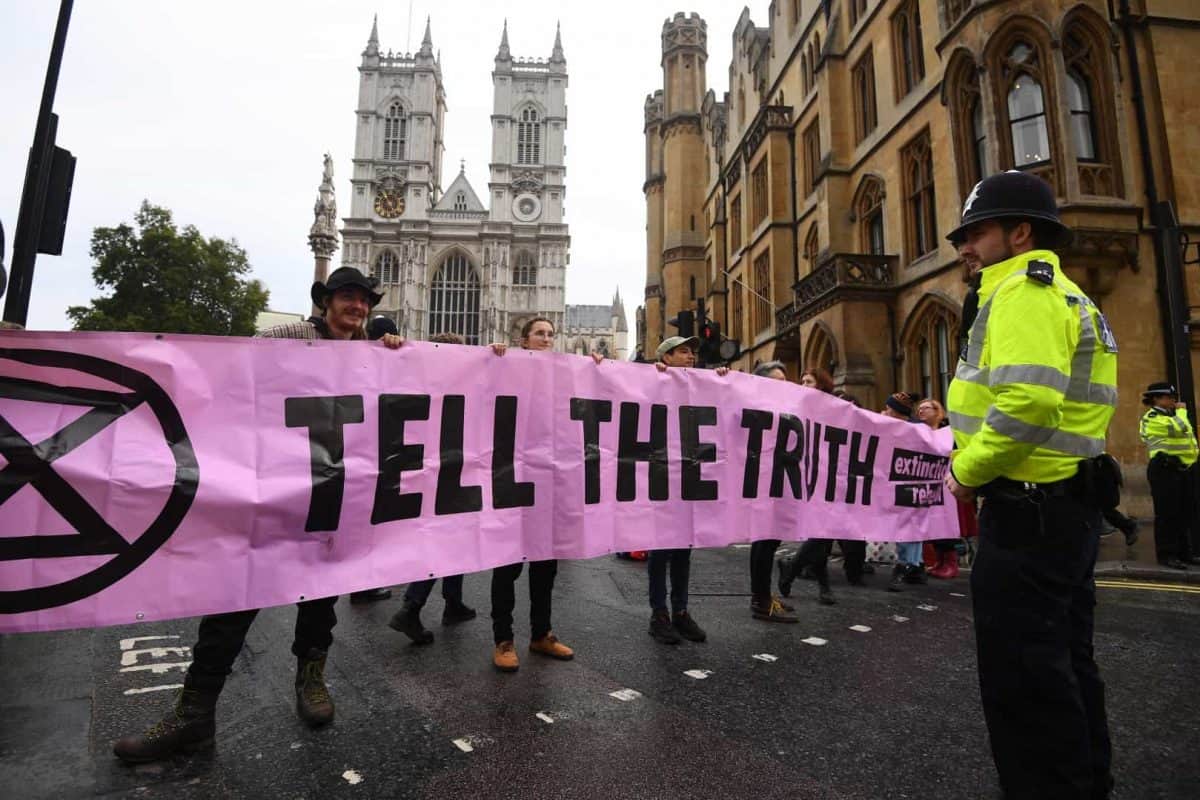 Extinction Rebellion (XR) has criticised police for including the group on a list of extremist organisations in an official report.

Documents seen by the Guardian reveal the environmental protest group was listed alongside National Action and Islamic extremists in a guide drawn up by Counter Terror Police South East (CTPSE).

The activists branded the label a “terrorism slur” and a “deliberate attempt to silence” them.

XR also asked “how dare they?” and said: “Children up and down the country are desperately fighting for a future.

“Teachers, grandparents, nurses have been trying their best with loving nonviolence to get politicians and big business to do something about the dire state of our planet.

“And this is how the establishment responds.”

XR has held climate change protests across the globe, and its actions in the UK have included closing Westminster Bridge and parking a pink boat in the middle of Oxford Circus for several days.

The 12-page “safeguarding young people and adults from ideological extremism” document, issued to teachers and police officers, among others, says the group is a threat due to its “anti-establishment philosophy”.

It also warns that expressions of support could include “people speaking in strong or emotive terms about environmental issues like climate change, ecology, fracking, airport expansion or pollution”. 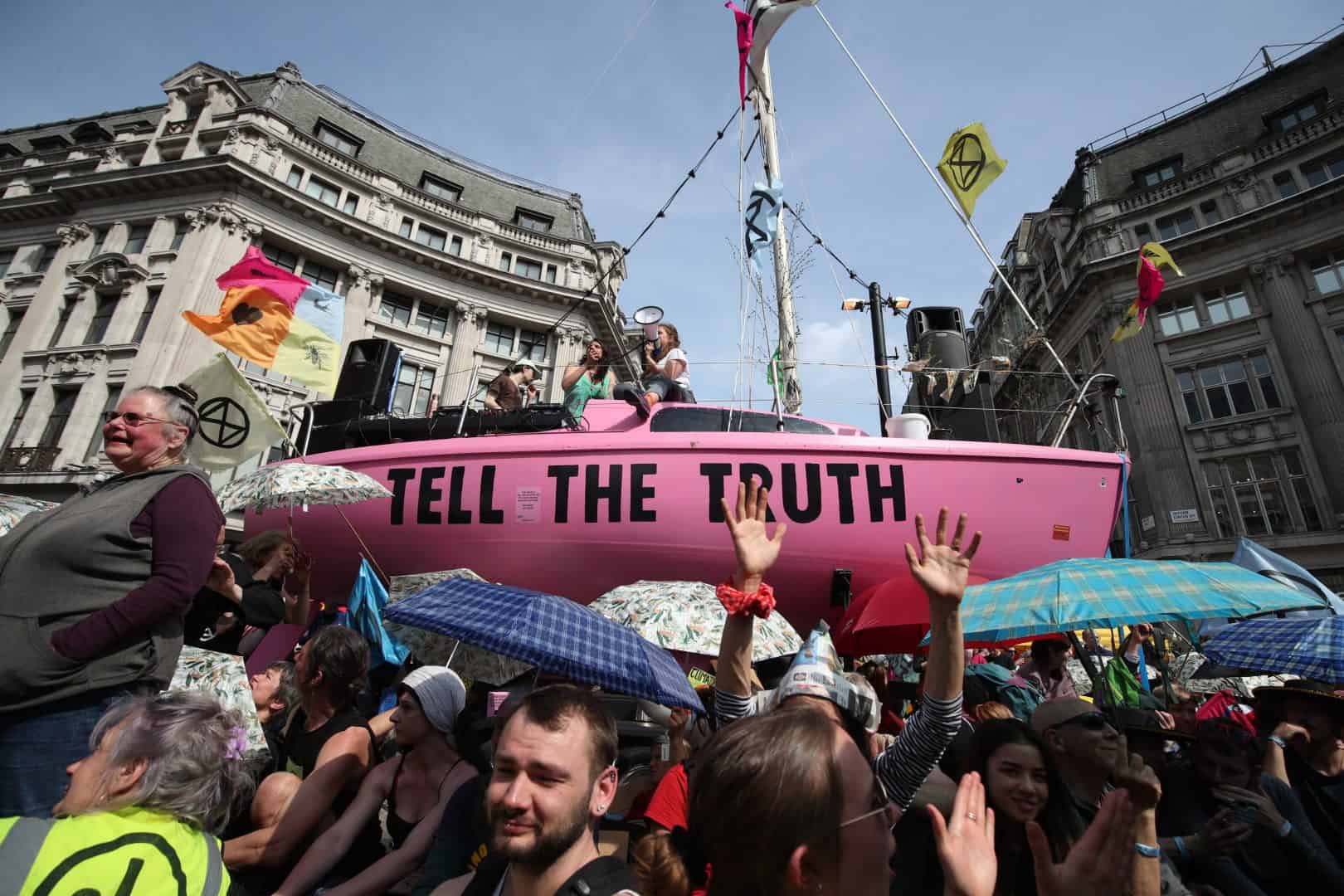 Rob Cooper said: “If they wish to add anyone to their list of extremist groups, perhaps they should consider fossil fuel lobby groups.

“They seem to be very effective at indoctrinating politicians around the globe and enabling oil, gas and coal companies to receive massive subsidies whilst the planet burns.”

According to the Guardian, XR featured in a version of the document that was issued in November but has since been recalled and the group is not classed as extremist.

DCS Kath Barned, the head of CTPSE, told the newspaper: “I would like to make it quite clear that we do not classify Extinction Rebellion as an extremist organisation.

“The inclusion of Extinction Rebellion in this document was an error of judgment and we will now be reviewing all of the contents as a result.”