Human sprawl, deforestation, intensive farming and global warming will see the demise of large bodied wild mammals and birds over the next 100 years. 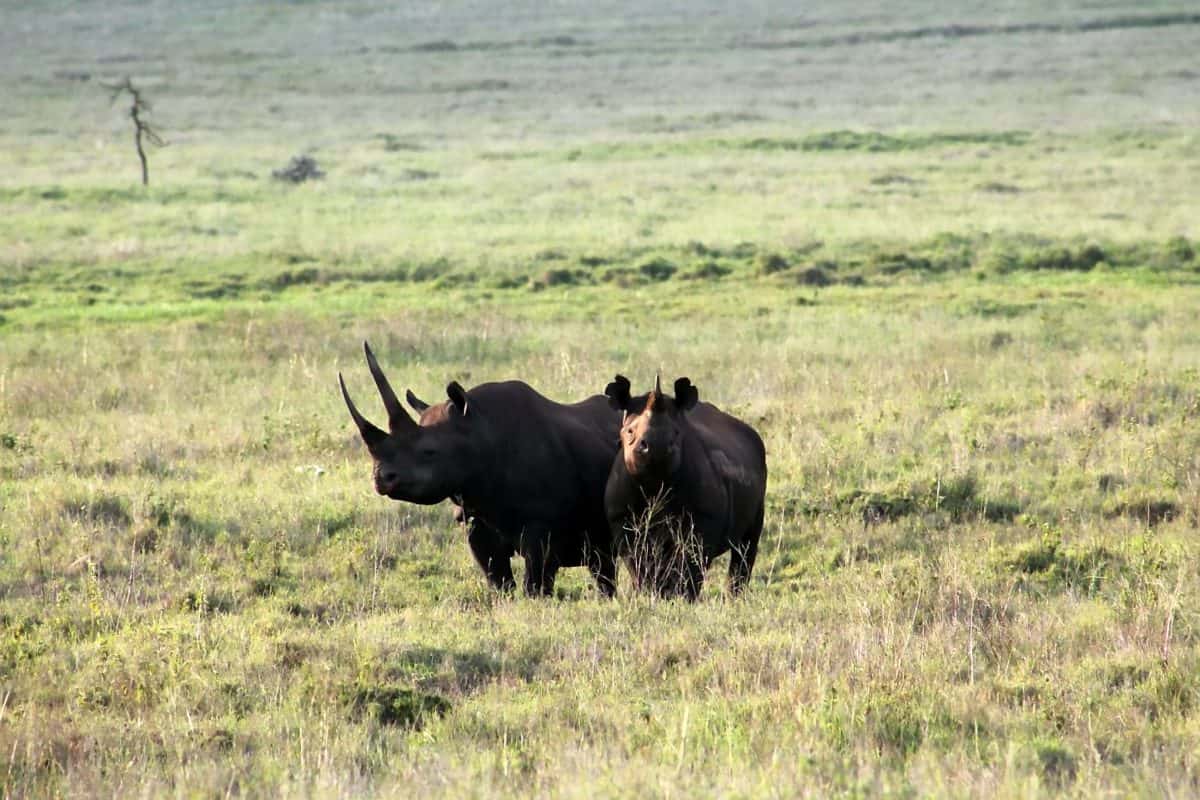 The Earth’s largest animals and birds such as elephants, rhinos, deer and pelicans are predicted to die out while their smaller cousins will thrive over the next century, scientists warn.

Human sprawl, deforestation, intensive farming and global warming will see the demise of large bodied wild mammals and birds over the next 100 years.

The losers will be those less adaptable, long living and those dependent on certain habitats including the tawny eagle and black rhinoceros.

But the winners will be small, fast-lived, highly-fertile, insect-eating animals, which can thrive in a wide-variety of habitats.

These will include rodents such as dwarf gerbil, and songbirds such as the white-browed sparrow-weaver.

In a stark forecast by University of Southampton scientists there will be a worldwide move towards smaller birds and mammals because of man’s impact on the environment.

They predict the average (median) body mass of mammals specifically will collectively reduce by 25 per cent over the next century.

This decline represents a large, accelerated change when compared with the 14 per cent body size reduction observed in species from 130,000 years ago – the last interglacial period – until today.

Lead author postgraduate researcher Rob Cooke said: “By far the biggest threat to birds and mammals is humankind – with habitats being destroyed due to our impact on the planet, such as deforestation, hunting, intensive farming, urbanisation and the effects of global warming.

“The substantial ‘downsizing’ of species which we forecast could incur further negative impacts for the long-term sustainability of ecology and evolution.

“This downsizing may be happening due to the effects of ecological change but, ironically, with the loss of species which perform unique functions within our global ecosystem, it could also end up as a driver of change too.”

“Mammals and birds, in particular, are diverse – comprising more than 15,000 living species – and are important ecological components in nutrient distribution, propagule (e.g., seed) dispersal, and as interactive connectors between species and habitats.

“However, mammals and birds are subject to strong human pressure, leading to high extinction rates.”

He added “past and present human impacts have led to the accumulation of
extinction debts – numerous species are already committed to extinctions that are yet
to occur.”

Generalist species which have traits that are flexible to ecological challenges with populations quick to recover may be better protected while large-bodied species generally have higher extinction risk than small-bodied species.

While previous studies have looked at taxonomy or evolutionary history of a kind of organism the new study focused on 15,484 living land mammals and birds.

It considered five characteristics that relate to the role of each species in nature: body mass, litter/clutch size, breadth of habitat, diet and length of time between generations.

It also used the International Union for Conservation of Nature (IUCN) Red List of Threatened Species to determine which animals are most likely to become extinct in the next century.

Modern statistical tools were used to combine all this data to make their projections and evaluate the loss of biodiversity.

Professor Felix Eigenbrod added: “We have demonstrated that the projected loss of mammals and birds will not be ecologically random – rather a selective process where certain creatures will be filtered out, depending on their traits and vulnerability to ecological change.”

Amanda Bates, Research Chair at Memorial University in Canada, said: “While millennial-scale human pressures could have already filtered out the vast majority of sensitive species, we show that recent human activities might have generated an extinction debt with the capacity to non-randomly restructure mammals and birds on Earth, with potentially severe ecological consequences.

“Extinction debts were previously viewed as tragic, deterministic inevitabilities, but they can also be seen as opportunities for targeted conservation actions.

“As long as a species that is projected to become extinct persists, there is time for conservation action, such as habitat restoration or population management.

“For example, in the Amazon, recolonisation due to forest regrowth slowed extinction rates and reduced the extinction debt for birds in rain forest fragments.”

The research team hope further studies can be carried out to look in more detail at the longer-term effect of species becoming extinct on habitats and ecosystems.