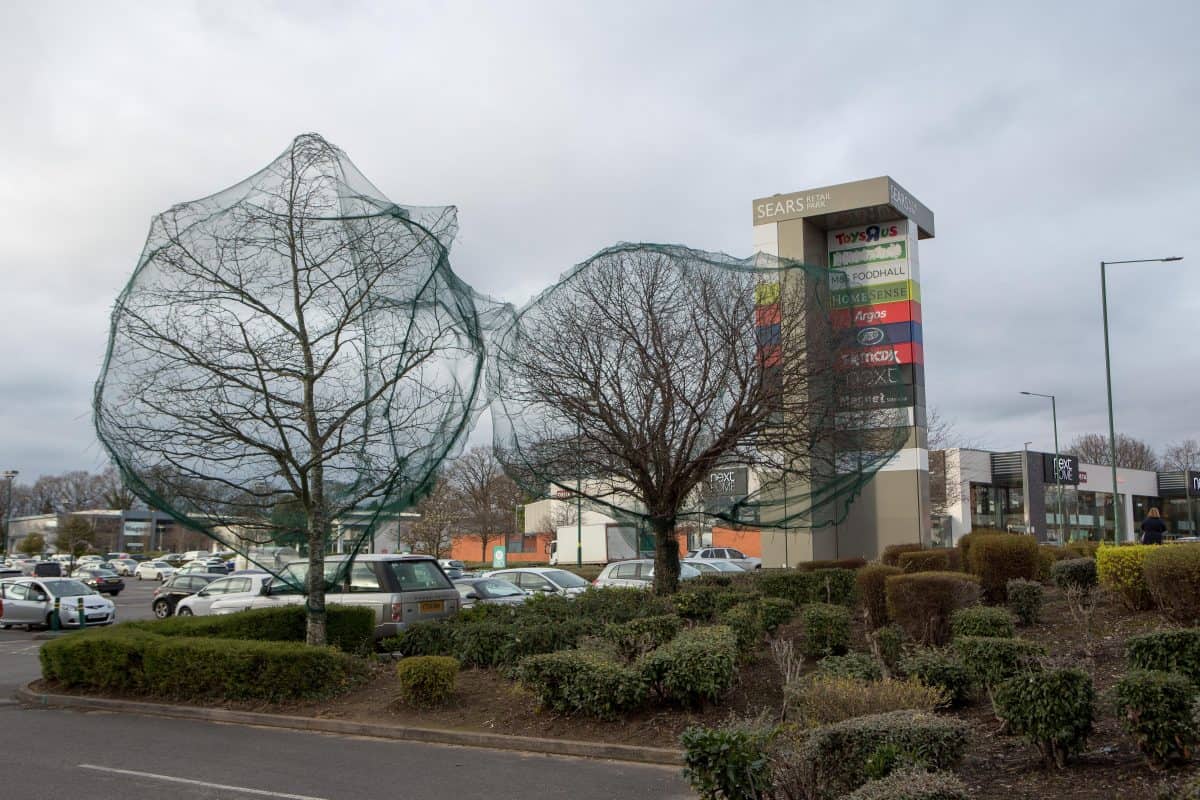 Residents and environmental campaigners are outraged after huge plastic nets have been placed on trees to stop birds nesting at a retail park.

The move has been branded “cruel” and “barbaric” by residents living near the Sears Retail Park in Solihull, West Mids.

Four mature trees will be chopped down and the nets have been placed on them to repel nesting birds.

Under the Wildlife and Countryside Act 1981 it is illegal for trees containing nesting birds to be cut down.

The netting has been put up by Solihull Council who are preparing to cut down the trees later this year.

He tweeted: “Sadly these have popped up in Solihull at Sears Retail Park – I am pressing Solihull Council to intervene, very worrying to see this all over the country.

“They are planning to chop them down but my Green Party colleagues are doing what we can to stop this.

“The nets are to prevent nesting but this is cruel and shouldn’t be happening.

“The retail park said they wanted to chop them down to carry out a ‘refurbishment’ but are now reviewing things after the backlash from the community.”

People living nearby also expressed anger at the nets, branding them “sickening.”

“Firstly, these nets could quite easily trap birds trying to reach the branches which could break their legs.

“Secondly, where are these birds going to go and raise their young? This is a heavily urbanised area and birds are literally creatures of habit.

“I fear we’ll see lots of dead birds in the area as a result of these cruel and barbaric nets.”

The row comes after a backlash against developers wrapping netting over hedgerows to prevent nesting birds stopping house building projects.

The Royal Society for the Protection of Birds (RSPB) recommends hedges and trees are left alone between March and August which is the main breeding season for nesting birds.