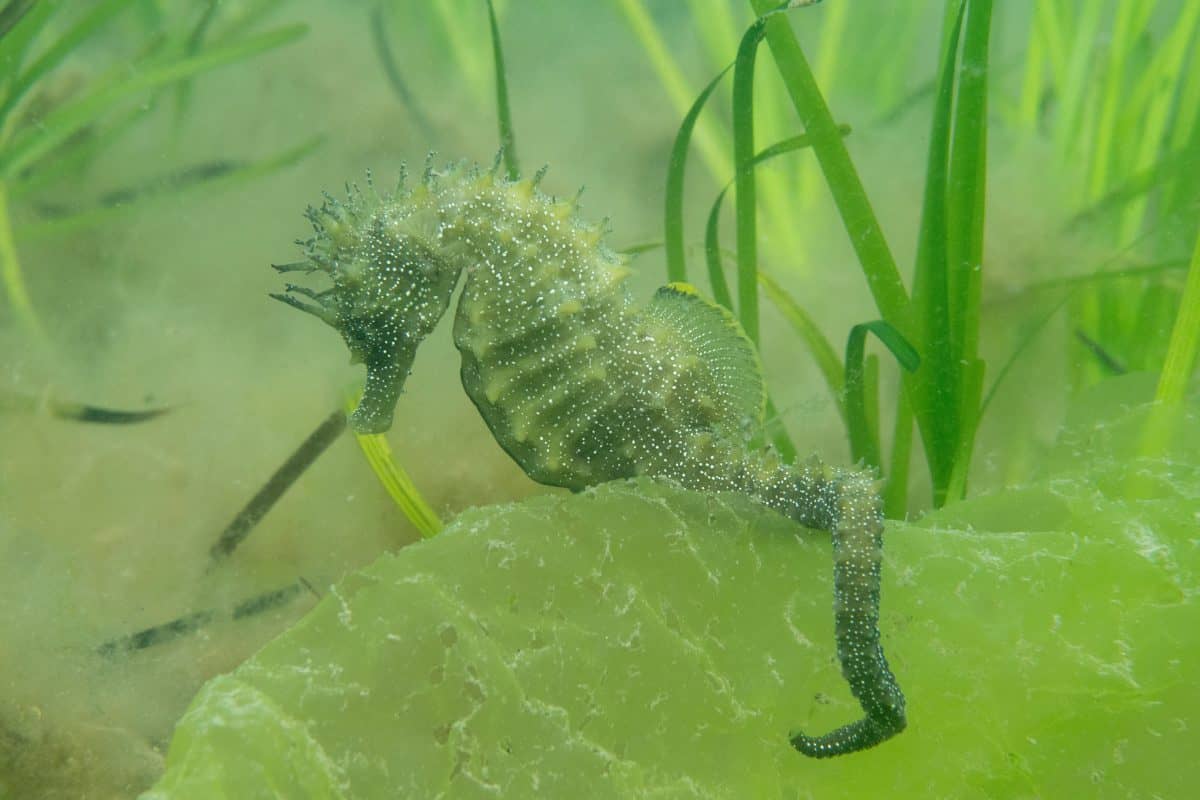 A wildlife expert was delighted when he went on a dive and spotted a seahorse so rare you need a licence to seek it out and photograph it.

Steve Trewhella, 55, came across the small, green Spiny Seahorse, clinging to an underwater plant with its tail off the Dorset coast.

The seahorse, known scientifically as Hippocampus guttulatus, is protected under the Wildlife & Countryside Act, and requires a marine licence to photograph or even to seek it out.

It is also unlawful to disturb them in their place of shelter under Marine Management Organisation laws.

Wildlife author and photographer Steve, from Weymouth, Dorset, who operates under a wildlife licence, said: “It’s always a treat to see these iconic animals.

“I have studied and photographed them for over a decade, spending in excess of 300 hours in the water with them, observing their habits and behaviour.”

Steve added: “Recent years have seen a drop in sightings in Dorset, with a number of dead, stranded ones being washed up on a number of beaches.

“They and the seagrass homes are under immense pressure from anchor damage, fishing, and coastal development.

“It is essential that we nurture and protect such habitats and species with Marine Conservation Zones.”