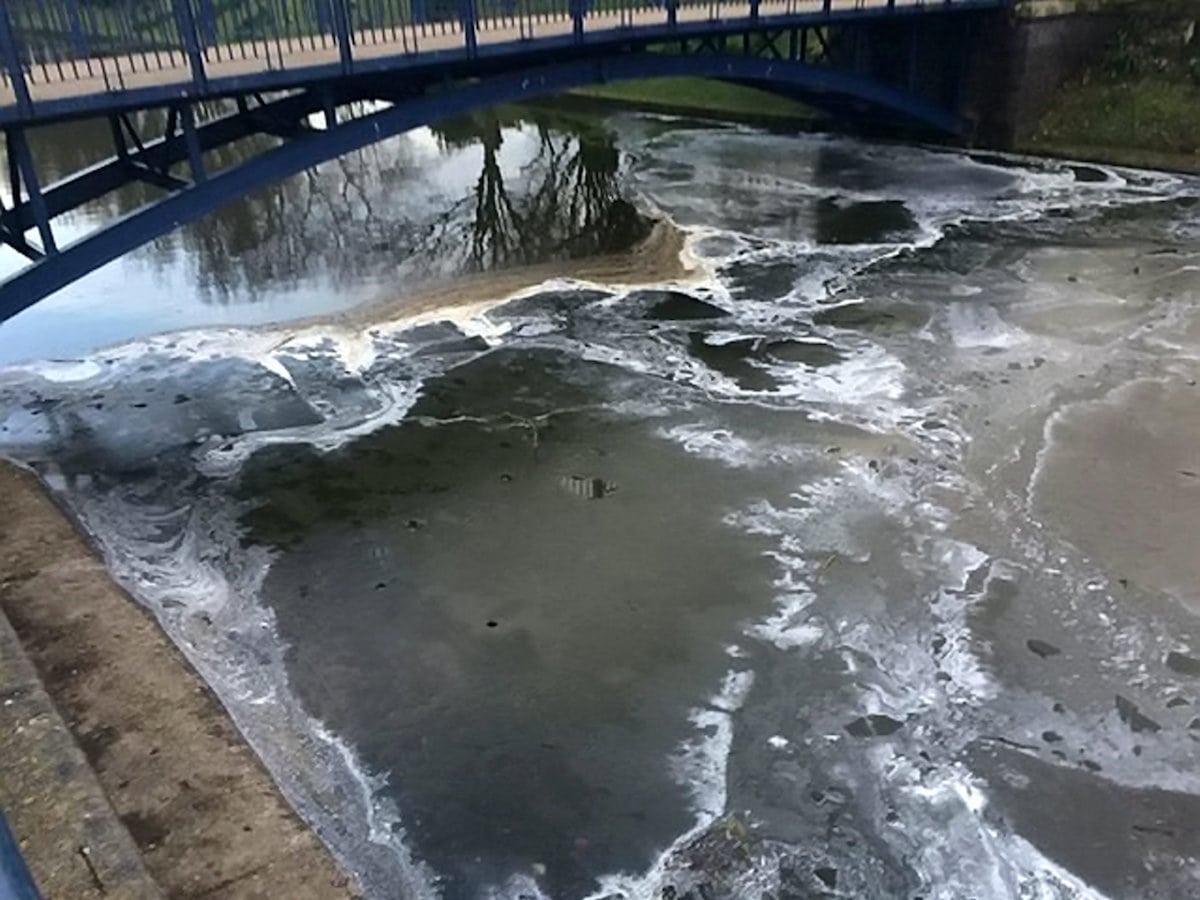 A council polluted their own canal with gallons of deadly oil and then had to wait a week to clean it up – because the water was ‘too dirty.’

Eight swans were rescued from the filthy canal, because it could have killed them, but the clean-up crew had to wait a week – because the ‘bio-degradable’ hydraulic oil did not biodegrade.

Shepway Council in Kent admitted 40 litres of fluid burst from its barge into the 28-mile Hythe Military Canal a week ago, but the clean-up operation only started on Monday.

A number of volunteers have since been working to rescue distressed wildlife including eight resident swans and kingfishers, herons and moorhens.

The Swan Sanctuary, a charity that rescued and is rehabilitating the birds, slammed the council and Environmental Agency for ‘inaction’.

Charity trustee Steve Knight said: “The birds are in a pretty bad state, they were not going into the water because the oil makes them sink and become cold.

“As they’re not using the water they become susceptible to other predators.

“The long and short of it is they are at risk of death without intervention.

“It seems the pollution wasn’t cleaned up when it happened and now the oil is all over the wildlife.

“We have three at the sanctuary at the moment and we are on our way to collect another five.

“There is a lot of wildlife down there, we won’t only rescue swans – it’s all nature.”

The birds will be rehabilitated at the centre in Shepperton, Surrey, before being re-released into the wild.

Sentencing guidelines for water pollution offences carry up to five years in prison and an unlimited fine.

A spokesman for Shepway council said the oil is safe as it disperses in water, but not water at the current temperature.

Council officers began working with EA staff on Monday to clean the waterway, but have been hindered by cold weather and rain.

They said: “Last Monday a hose on the back of our barge split which led to a discharge of biodegradable hydraulic oil into the Royal Military Canal.

“We have now introduced a programme to change the hose every three years and in future a spill kit will be carried on the barge.

“We immediately reported the leak to the Environment Agency.

“They attended on Tuesday morning to take samples of the substance for analysis.

“The EA has been monitoring the situation since then and will continue to do so, along with officers from the council.

“The oil we use poses no risk to human life and minimum risk to wildlife.

“It is biodegradable and designed to safely disperse in water.”

The Environment Agency have been contacted for a comment.