Goals announced at the conference will see temperatures rise to disastrous levels by the end of the century. 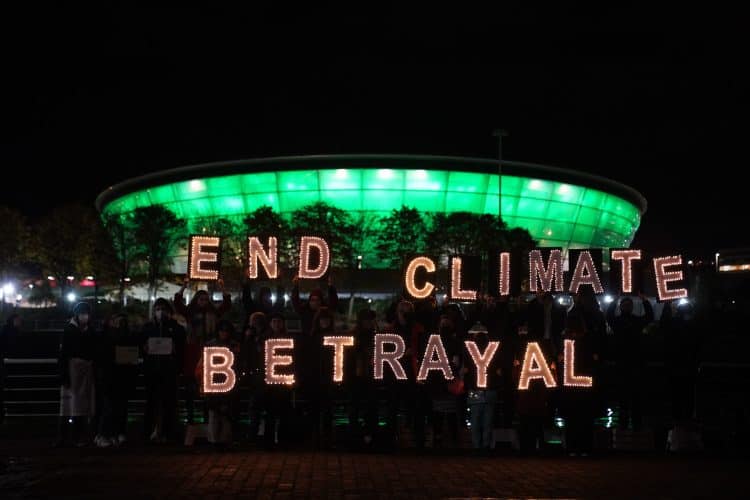 The world is facing disastrous levels of global heating which far exceeds the limits set out in the Paris climate agreement, despite a number of carbon-cutting pledges from governments at Cop26.

Temperatures will rise to 2.4C by the end of the century based on the short-term goals countries have set out, according to research published on Tuesday.

That would breach the 2C upper limit which the Paris accord said the world needed to stay “well below” – and the 1.5C limit aimed for at the UN climate talks in Glasgow.

At that level of heating, extreme weather – sea-level rises, drought, foods, heatwaves and fierce storms – would cause worldwide devastation.

The estimate is in sharp contrast to more optimistic forecasts published last week, which suggested heating could be held to1.9C or 1.8C thanks to commitments announced at the talks, which are scheduled to end this weekend.

The sobering assessment was produced by the Climate Action Tracker (CAT) – the world’s most respected climate analysis coalition – and based on countries’ short-term goals for the next decade.

Bill Hare, the chief executive of Climate Analytics, an organisation behind CAT, told The Guardian: “We are concerned that some countries are trying to portray [Cop26] as if the 1.5C limit is nearly in the bag. But it’s not, it’s very far from it, and they are downplaying the need to get short-term targets for 2030 in line with 1.5C.”

By 2030, emissions will be twice as high as they need to be to stay within 1.5C based on promises in Glasgow, the coalition found. Scientists have warned that beyond 1.5C, damage done to the climate will be irreversible.

One of the report’s authors said the findings should serve as a “reality check”. Niklas Höhne said: “Countries’ long-term intentions are good, but their short-term implementation is inadequate.”

Stephen Cornelius, the chief climate adviser to WWF, said: “While it is encouraging to see some progress under the Paris agreement, the global warming projections released today shine a grave spotlight on how weak country 2030 targets really are.

“It’s impossible to reach 1.5C on promises made today alone. We urgently need to see our leaders delivering credible action, powerful policies and ambitious funding now, if people and planet are to thrive tomorrow. We won’t forget which leaders stepped up when they needed to.”

Jennifer Morgan, the executive director of Greenpeace International, added: “This new calculation is like a telescope trained on an asteroid heading for Earth. It’s a devastating report. We have until the weekend to turn this thing around. That means countries agreeing how they’re going come back next year and every year after that until the gap to 1.5C is closed. The ministers shouldn’t leave this city until they’ve nailed that.”

Labour’s Ed Miliband, the shadow business secretary, said: “The test of Cop26 has always been what concrete commitments it would deliver by 2030, the decisive decade to keep 1.5C alive. This report is an important reality check on the government’s attempt to greenwash Glasgow.”