ZSL scientists used social media to help find out which animal species are being affected by climate change. 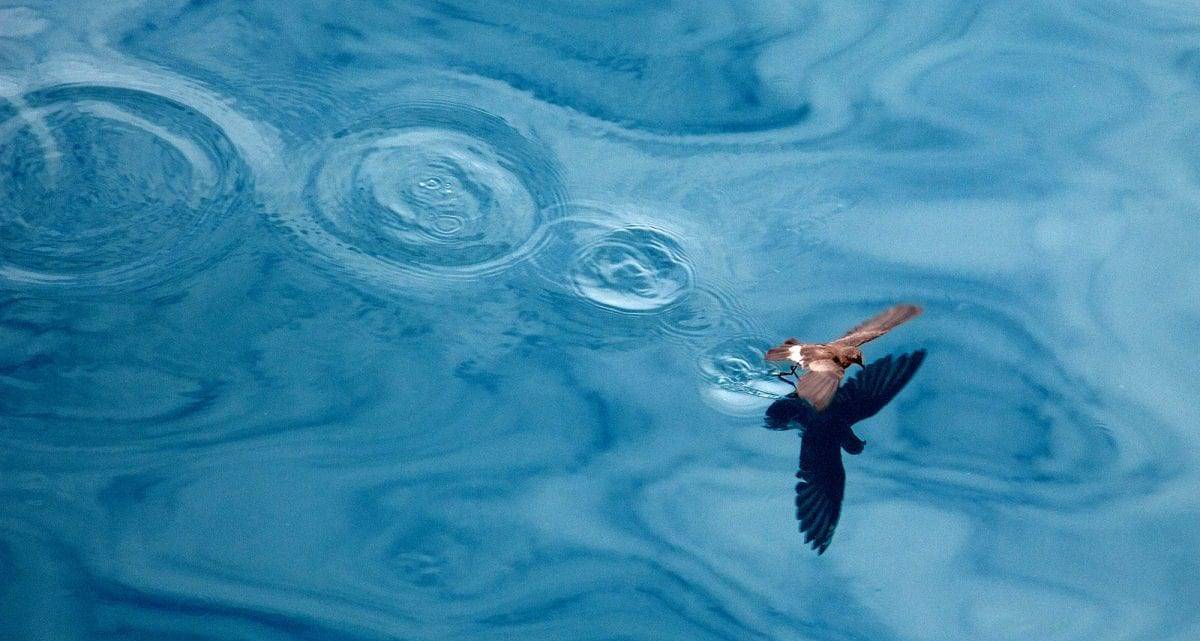 Climate change is altering the UK’s wildlife with 55 species either forced from their natural ranges or arrived for the first time on UK shores in the last decade.

ZSL scientists turned to social media to help find out which animal species are being affected by climate change.

Of the 55 species, 10 were highlighted after a team searched both Twitter and Google for people posting images of the animals in unusual places online

According to the study, species such as the black bee fly arrived in the UK for the first time in 2016 and was reportedly found using a garden bug-hotel in Cambridgeshire.

There have been reports of increased bluefin tuna off Dorset and even a little egret, a type of heron, in Scotland.

The Jersey tiger moth was previously only seen around Jersey and the south coast of England, but is now regularly sighted in London.

And bird species moving with climate change include the purple heron and tropical-looking European bee-eater, which were identified by keen birdwatchers.

The species have been nesting in Kent and Nottinghamshire – far from their natural breeding grounds in Africa, central and southern Europe and East Asia.

There are 39,029 known animal species in the UK, and the country’s wildlife is one of the most intensively monitored in the world.

Researchers say there is very little centralised tracking though, and so they have had to use previously overlooked sources of data – including social media – to analyse the impact of climate change.

The study by the Zoological Society of London also considered UK Government environment reports as well as 111 scientific papers to identify the 55 species affected by climate change.

The research focused solely on species which had established sustainable populations through natural, rather than human-assisted movement.

Of the 55 species, 64 per cent were invertebrates, and only one formally classified as an invasive species – the leathery sea squirt.

Six are marine animals while 49 are terrestrial or freshwater species, with 64% of these species invertebrates and nine per cent are mammals.

Some of them were found in more than one place leading to 69 reports of the 55 species, half in England, 40 per cent in Scotland and nine per cent in Wales.

The study found invertebrates, mammals and birds were all impacted by rising temperatures with little resilience.

The study also found 24 per cent of the new species arriving or displaced were cited as having negative impacts on ecological communities and human society.

These impacts include damage to crops, biofouling, human disease spread and increased pressure on planning permissions.

However some positive impact was recorded, with a boost in tourism after sightings of a Eurasian nuthatch in Scotland were reported in 2010 and 2018.

The new study was published in the Journal of Applied Ecology.

She added: “We are currently massively unprepared for the climate-driven movement of species that is happening right now in the UK.

“As it stands, society is not ready for the redistribution of species, as current policies and agreements are not designed for these novel species and ecological communities – particularly if those species have no perceived value to society.

“Our results suggest that many species are on the move in the UK, and that we can expect a lot of changes in the type of nature we will have around us in the coming years.

“However the lack of an integrated national platform dedicated to tracking and communicating about species displaced by climate change is currently a hindrance to mitigating those potential ecological, economic and societal associated impacts.”

ZSL scientists are now calling for people to submit their rare wildlife sightings on Twitter to @SOTM_UK with #SOTM_UK (species on the move) to assist with further research on the ecological and societal impacts of wildlife’s movements under a changing climate in the country.