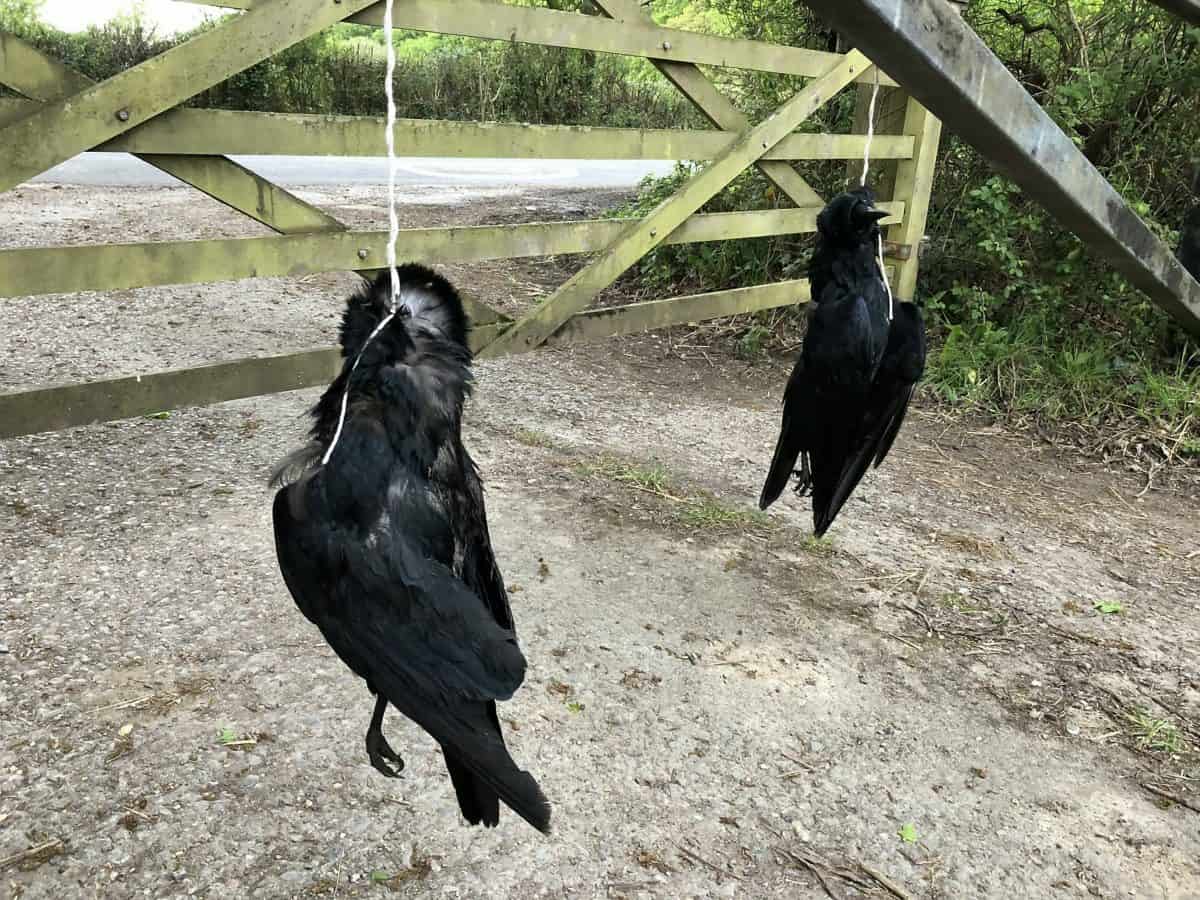 TV wildlife presenter Chris Packham has been targetted by sick vandals who strung up two dead birds on the gate of his country home and gl;ued it shut.

The BBC nature broadcaster found the two black birds, which appear to be rooks, hanging limply outside his front gate in the New Forest, Hampshire, this morning.

He made the shocking discovery the day after his charity secured a ban on farmers shooting “pest” birds on their land – including rooks.

The 57-year-old Springwatch presenter snapped a photo, which he has shared on Twitter with his 300,000 followers.

He also said he had reported the incident to police.

His Tweet reads: “This was my gate this morning. It was vandalised. Hants Police and lawyers have been informed.”

Packham, 57, then tagged a number of countryside and nature organisations in his Tweet, and asked: “Can I ask you to comment on whether you condone this?”

The shocking vandalism comes just the day after the campaigning environmentalist succeeded in securing a ban on farmers shooting “pest” birds on their land.

“I’m not going to be intimidated,” Packham told the Guardian newspaper today. “People like me with Asperger’s are not affected by this sort of thing. It doesn’t weaken our resolve. We’ve seen it this week with the trolling of Greta Thunberg. We don’t care about that sort of stuff – it’s a complete waste of time but it’s unpleasant for my family.”

The presenter who opened up in a BBC programme recently about his Asperger’s Syndrome, added: “For some reason, the usual nefarious interest groups have managed to whip up the farming lobby and people are lashing out because they realise that regulation is coming in a world that for so long has had such lax regulation. They realise change is coming and it will be change for the better.”

Natural England issued General Licences 04, 05 and 06 on January 1 this year, allowing the killing of 16 wild bird species, including several members of the crow family.

The Springwatch presenter said he continued to support British farmers and said they had every right to control birds if they had tried non-lethal methods.

The premise of Wild Justice, Packham said, is to “work with the laws we’ve got to seek real justice for our wildlife.”

The three campaigners pledged to “reform, refine or renew those laws we have to ensure that justice can be properly realised.”

“Wild Justice will at last be the voice of those victims and it will be heard, and justice will be served,” the organisation pledges.

And yesterday, in the face of a legal challenge from Packham, Dr Avery and Dr Tingey, Natural England has been forced to revoke its General Licences.

It is unclear as yet as to whether the two birds were strung up outside Packham’s home in retaliation.

But around 73,000 people have signed a petition in the last 24 hours, calling for the BBC to sack Chris Packham as a presenter.

The British Association for Shooting and Conservation have responded to Packham’s Tweet, writing: “We absolutely condemn such behaviour.

“We are clear – there is no place for illegality in the countryside.”

Meanwhile, vegan skincare and hair-care company It’s Cruelty Free wrote: “You are clearly making a massive difference and the hunting and shooting fraternity are scared.

“Never give up fighting against injustice… so many of us are here to support you too. Keep up the good work.”

A statemement by Wild Justice who Chris Packham won the challenge with yesterday said:

“After nearly four decades of unlawful casual killing of millions, tens of millions, of birds, sanctioned by a succession of government statutory conservation agencies over the years, the current system has been shown to be unlawful by the tiny and fledgling wildlife organisation, Wild Justice.

“We haven’t changed the law, we have merely shown that the current system of licensing of killing of certain species of birds, developed and administered by a statutory wildlife agency, is unlawful now and presumably has been for decades.

Our successful legal challenge may well have implications for what happens in Wales, Scotland and Northern Ireland and we will be bringing this to the attention of the other statutory agencies.”