by Ben Gelblum
in Broken Britain, Environment, Must Reads 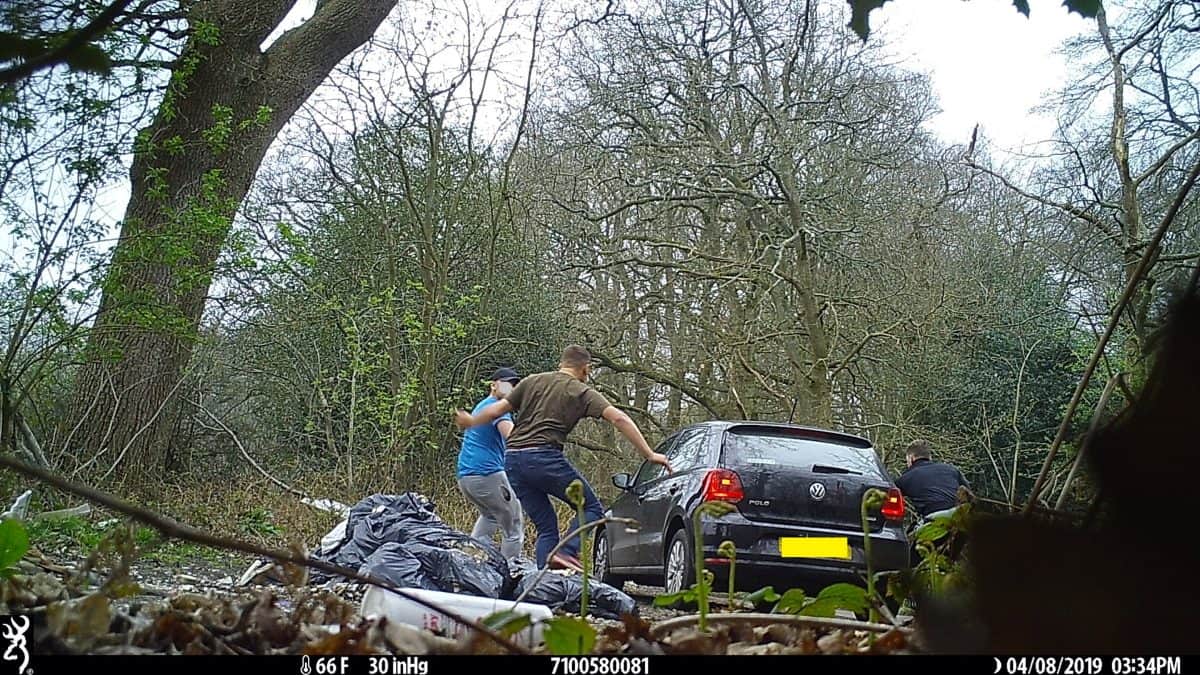 These shocking images show three thugs laughing as they pull off a live pheasant’s wings in a barbaric woodland attack.

The youths were caught on covert cameras restraining the bird before torturing it with a curved knife and a slingshot.

They then pulled a second pheasant from the boot of a dark coloured Volkswagen Polo and jumped on them both.

The boys, whose ages are not known, recorded the shocking incident on a mobile phone.

Buckinghamshire County Council contacted the RSPCA after cameras set up to detect flytipping captured the trio in Burnham, Bucks.

The RSPCA is now appealing for help in tracing the boys who drove off after the shocking attack, before returning a minute later with another vehicle, a green Subaru SUV with a grey bumper.

The second is a white male with brown hair, wearing a black Adidas tracksuit.

The third is a white male, with a more tanned complexion, with dark hair, wearing a khaki-green t-shirt and blue jeans.

“Three young lads are seen getting out of a dark blue / black Volkswagen Polo before getting a live pheasant out of the boot.

“A series of still images then shows the boys man-handling the bird, attacking it with what appears to be a curved knife and a slingshot, before they appear to pull his wings off.

“It’s extremely violent and cruel. The bird would have suffered seriously throughout the duration of the attack.

“They then dump the bird on the ground before returning to the boot of the car and throwing what appears to be the body of a second bird – a female pheasant – from the vehicle onto the ground.

“At this stage we do not know the ages of these youths so we would ask anyone who recognises them to contact us directly and not to publicly name the boys.

“This is also why we have chosen not to show the boys’ faces at this time. We are already in the process of tracing the vehicle via the car registration.

“Anyone who recognises any of the individuals or the vehicles can contact the RSPCA’s appeal line on 0300 123 8018 and leave a message for Inspector Rachel Smith.”

Bill Chapple OBE, Cabinet Member for Planning & Environment at Buckinghamshire County Council, said: “Our flytipping surveillance cameras are there to catch people involved in the illegal dumping of waste, but as a public body we have a duty to inform the appropriate agency if other criminal activity comes to light.

“That’s why we’ve provided the evidence of this distressing incident to the RSPCA.”